Anger over what some call the "gentrification of East Austin" was on display Friday. 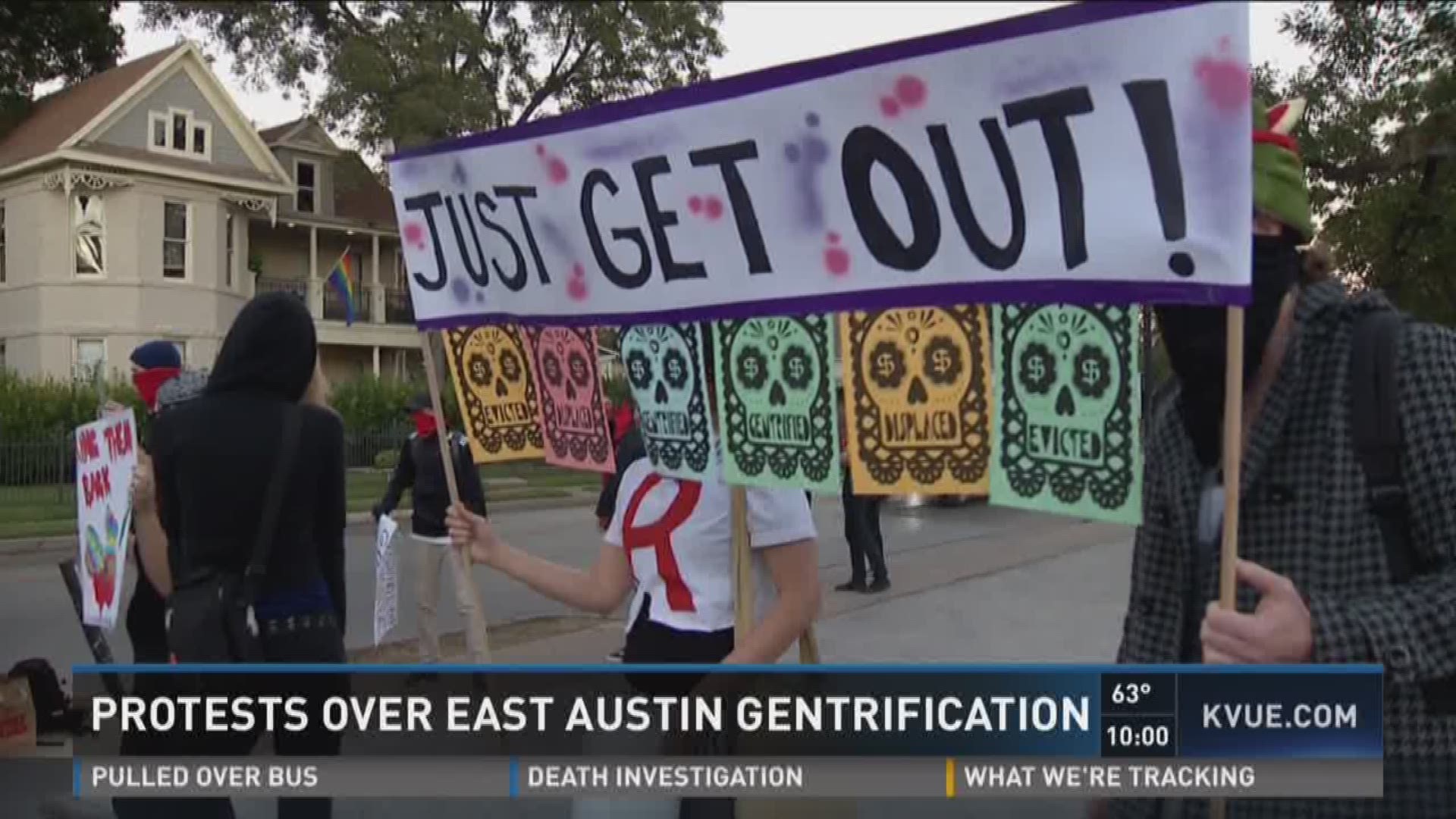 Anger over what some call the "gentrification of East Austin" was on display Friday.

Staff at the Blue Cat Cafe found profanity-laced graffiti including the words "gentrified scum" on the walls when they arrived at work Friday morning. Their locks were sealed with super glue.

The location is the former home of the Jumpolin pinata store.

One group of protestors known as Defend Our Hoodz say the store was forced out as part of an attack on the historic Mexican-American community.

They believe Austinites should boycott the business and others like it who accelerate the exploitation of Austin's communities.

"I'm just not for the trendsters and hipsters, corporate vultures coming into our community and trying to uproot my culture," Paulperales said. He takes issue, however, with the protestors' bandanas.

Marisol Rivera agrees this style of demonstration is not the path to preservation. She got out of her car, in traffic, to confront the group.

Police on the scene, driver got out of her car to ask protestors why they are here because she says they are not from the neighborhood. pic.twitter.com/n7cBedojLZ

"When you're not showing your face and showing who you are, that upsets me because it means you have your own agenda," she said. "You're comfortable hiding who you are and you are willing to do damage. That upsets me."

Defend our Hoodz says they are not responsible for the graffiti.

One member explained why they chose to cover their faces.

"It's because the entire system is against us, including things like this which can be spun and used to misinterpret anything that we say."

Others claim the system is racist and stacked against them.

"Some of us may not be from this neighborhood but were affected by this system and were angry about it."

The owner of the cafe tells KVUE she previously lived in the neighborhood for about ten years. She has no plans to shut down her business.