Crews were called out to the 7500 block of Dream Valley on the southwest side, near Millers Pond Park just after 6 p.m. 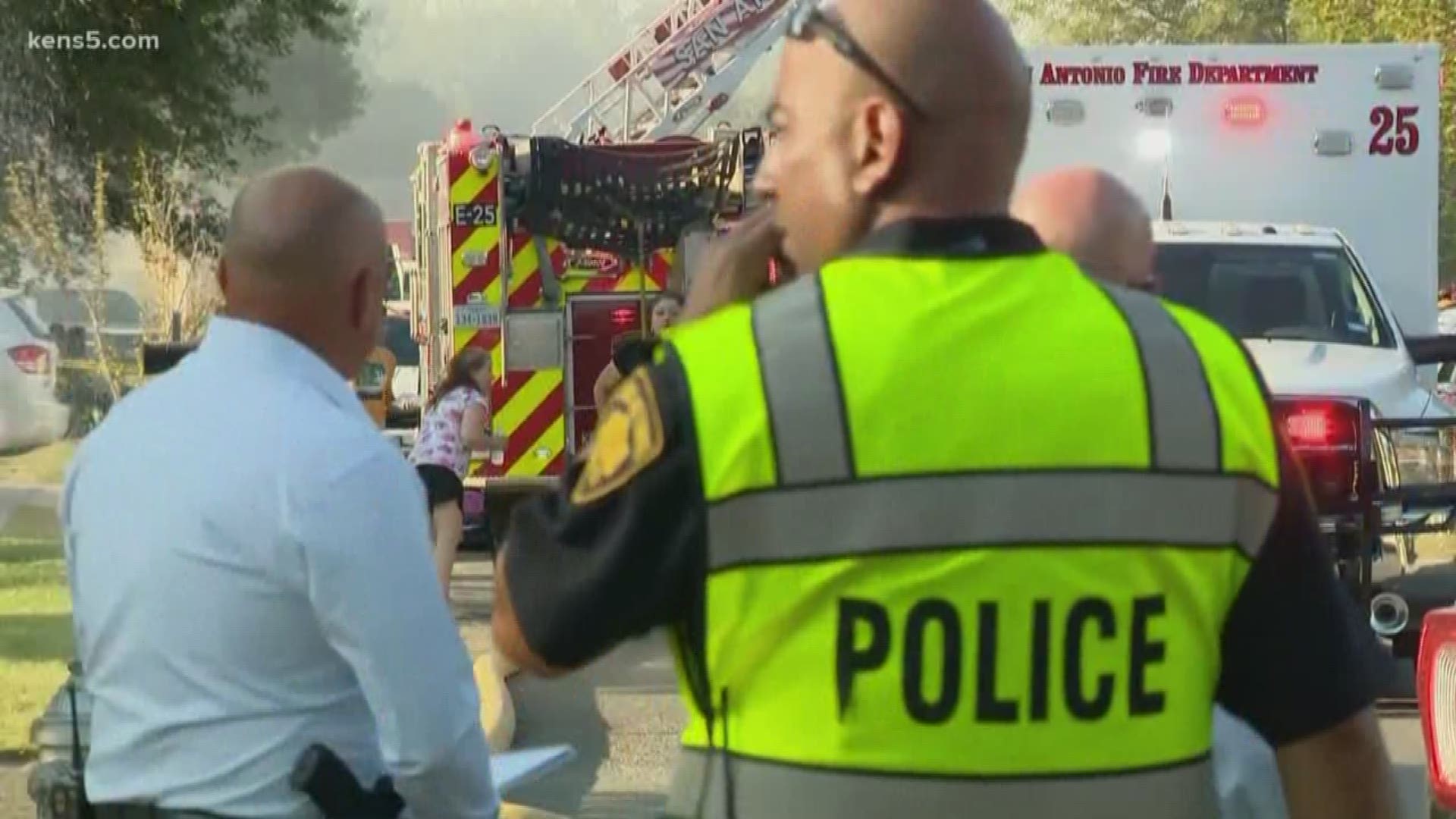 SAN ANTONIO — The San Antonio Fire Department confirmed that four people are dead after a shooting and fire reported on Monday afternoon.

Crews were called out to the 7500 block of Dream Valley on the southwest side, near Millers Pond Park just after 6 p.m.

According to San Antonio Police Chief William McManus, first responders found two people outside the home with gunshot wounds. He said they were dragged out by neighbors and were pronounced dead at the scene.

He said two more people were found inside and their cause of death could not be immediately determined.

According to San Antonio Fire Chief Charles Hood, firefighters had to adopt a defensive approach to fighting the fire because of a report that people were barricaded in the home. They had to wait for reinforcements from the SWAT team.

Officials believe the alleged shooter was killed, along with a woman in her eighties. They said it's possible the people inside died from smoke inhalation.

On Tuesday, family members gathered what they could from the burned home. They didn't want to speak with KENS 5 on-camera, but their sobs could be heard from the middle of the street.

A neighbor, Gladys Perez, is doing what she can to help the family. She's opened up her home, offering food and a place to cool off.

"I think anybody with a heart would want to to try and help," Perez said.

Perez understands what they're going through; she lost her husband to suicide 22 years ago.

"It stays with you forever," Perez said. "They've lost the family, they've lost all the belongings."

Police have yet to identified the victims, but Perez said they are all related.

The family plans on creating a GoFundMe page to cover the funerals.

Police are still trying to determine a motive.

Texas gun laws are about to get more lenient