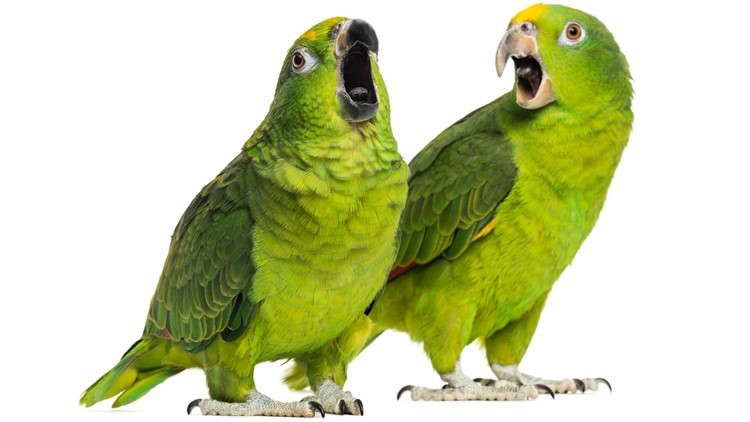 Parrot screams, 'Let me out!' Florida deputies respond to 911 call -- and everyone laughs

LAKE WORTH, Fla. — Someone in Florida dialed 911 after hearing chilling cries and the words “Let me out!”

But the cries were that of a 40-year-old parrot named Rambo. After the call, four Palm Beach County Sheriff’s deputies pulled up and questioned a man who appeared to be repairing a car in his driveway.

The Palm Beach Post reports that when the deputies showed up and explained their concerns, the man introduced them to Rambo. He told the officers that he taught Rambo to scream “Let me out!” years ago when Rambo lived in a cage.

The caption on the video reads, in part:

"I was changing the brakes on my wife's car and had my 40-year-old parrot, Rambo, on his outside perch where he sings and talks. Sometime later four police officers showed up saying a neighbor called because she heard a woman screaming for help.

The sheriff's office tweeted a link to the video, "Our Deputies in Lake Worth Beach came to the help of someone screaming for help. Hilarity ensued."