The DNA kits came from San Antonio and were supposed to be delivered a DPS crime lab. 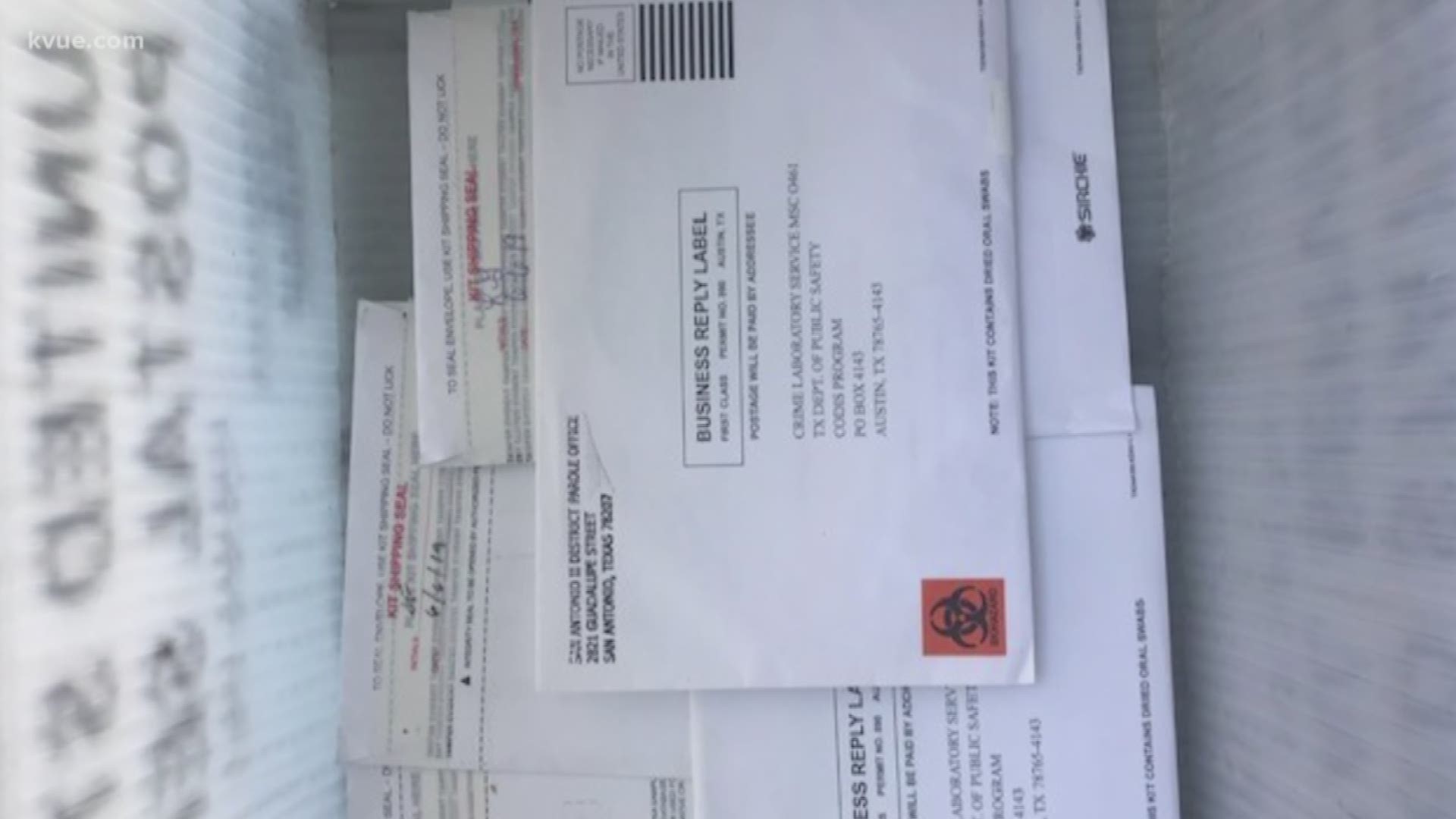 AUSTIN, Texas — DNA kits that were supposed to be heading to a Texas Department of Public Safety crime lab from San Antonio ended up in the Texas sun under a mailbox.

Clint Hudler contacted KVUE Thursday, saying he was walking to get his mail when his four-year-old daughter found five DNA test kits inside a mail carrier box underneath the community mailboxes.

Now he's wondering why they were there.

"It's the last thing you expect your daughter to find the handles of, is human swabs for a parole board," Hudler said.

Hudler said all five envelopes were marked as DNA kits heading to a DPS crime lab.

After finding them, he called 311, who directed him to call the police.

Police use of DNA leads to backlash, changes to big database

According to Austin police, officers came and collected the kits and took them directly to DPS.

"Anyone could grab it, anyone could tamper with it. Anyone could take one dispose of it," Hudler said. "I mean, so many things could possibly happen with it ... a child could get it."

Hudler said a post office worker came Friday and told him the kits were left as outgoing mail. But he said that doesn't quite add up.

"The fact that it had a return label from San Antonio, I believe it was [a] District II parole board, it just kinda caught me off guard that they're saying it was sent from here," Hudler said.

He said he's glad police were able to get the kits, but he worries that this could happen again.

KVUE had a few questions as well: What are the implications here? Where exactly are these kits from and what are they tied to? Could this incident mess up any investigations?

Hank Cavagnaro reached out to the parole board who was sending off the kits, as well as DPS, who would have processed them. As of Friday evening, neither have gotten back.