60th anniversary of Wurstfest will go on next November despite massive fire, organizers promise

The cause of the fire is still unclear. 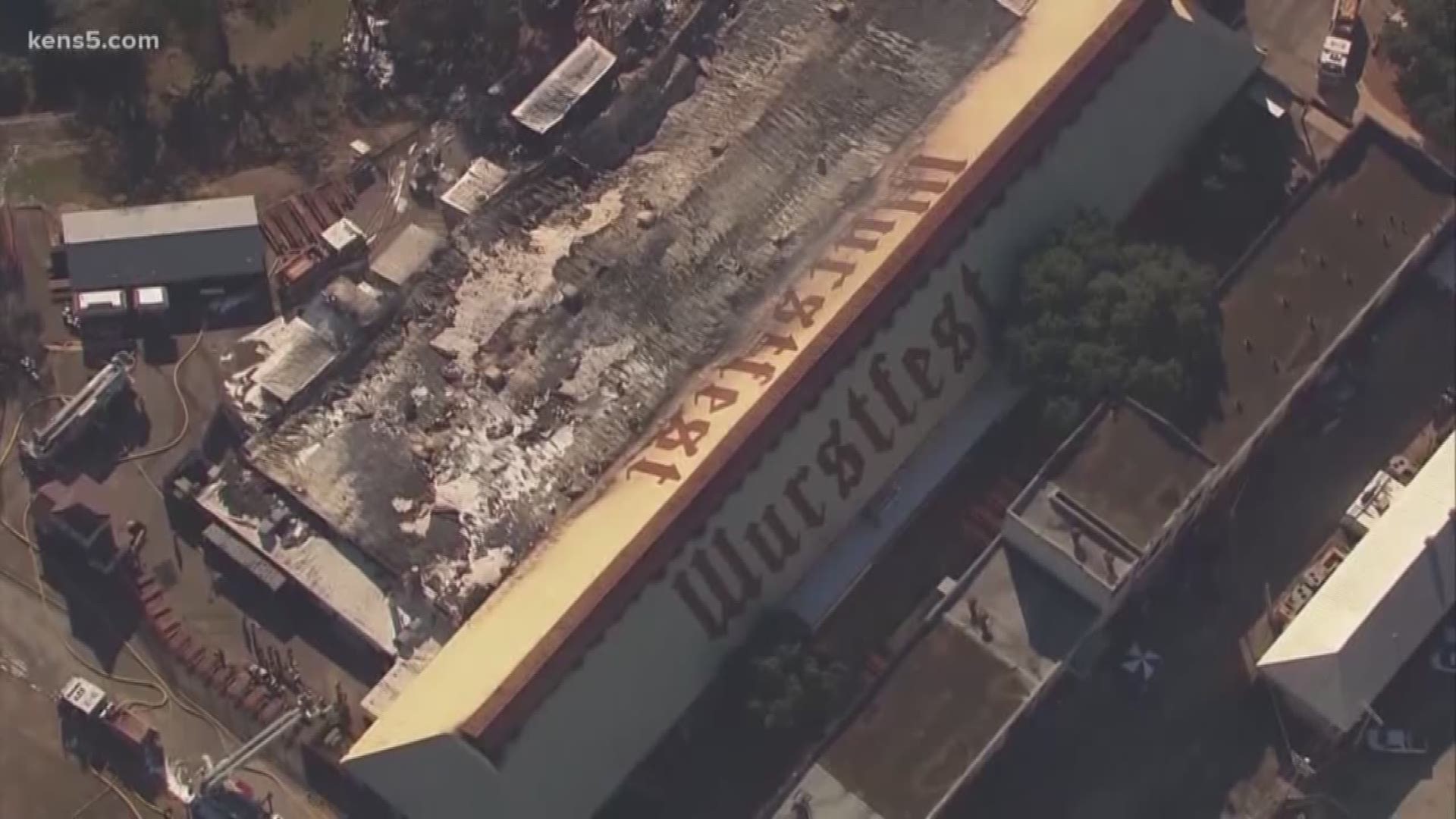 NEW BRAUNFELS, Texas — The event must go on!

That's the attitude Wurstfest organizers have taken following a massive fire that reignited at the festival grounds in November.

Thursday night around 7:15 p.m., fire crews were called out to the Wurstfest grounds in response to a fire in the food court area. The fire was contained to that area and extinguished.

Around 6 a.m. Friday, a flare-up of the fire from Thursday night occurred, according to fire officials at the scene.

The fire was contained to the Marktplatz, food court area and first responders were able to prevent the fire from spreading to the historic Wursthalle.

Jeff Kunkel has many years of memories on the Wurstfest grounds, having joined his dad as far back as 1974 to sell corn on a stick.

Now, he says seeing the iconic building after the fire is heartbreaking.

"It's emotional," Kunkel said. "A lot of memories here, spent a lot of time here. My dad worked in this booth. I grew up in this booth.

According to fire officials at the scene, the marktplatz suffered smoke, fire and water damage and has been considered structurally unsound. While the Wursthalle sustained some heat damage, it is still structurally sound.

The cause of the fire is still unclear.

"A lot of civic groups, this is their main fundraiser for the year," Kunkel said. "And without this event we would not raise that much money, and all the money we make for the Evening Lions Club goes back into our local community."

But now the booth for the club is a total loss.

Multiple agencies responded to the scene to help fight the flames.

Organizers shared that they plan to rebuild and that the 60th anniversary of Wurstfest will go on next November.

The nearby Comal River has been temporarily closed due to runoff from the fire fighting efforts.

There's no word on when the river will be reopened.

"New Braunfels is a resilient community," Kunkel said. "When it comes to volunteers and when it comes to having a tragedy in this town, people come together and we support each other."