Crews continue to work on building the new RM 2900 bridge in Kingsland after flooding last October destroyed the old bridge. 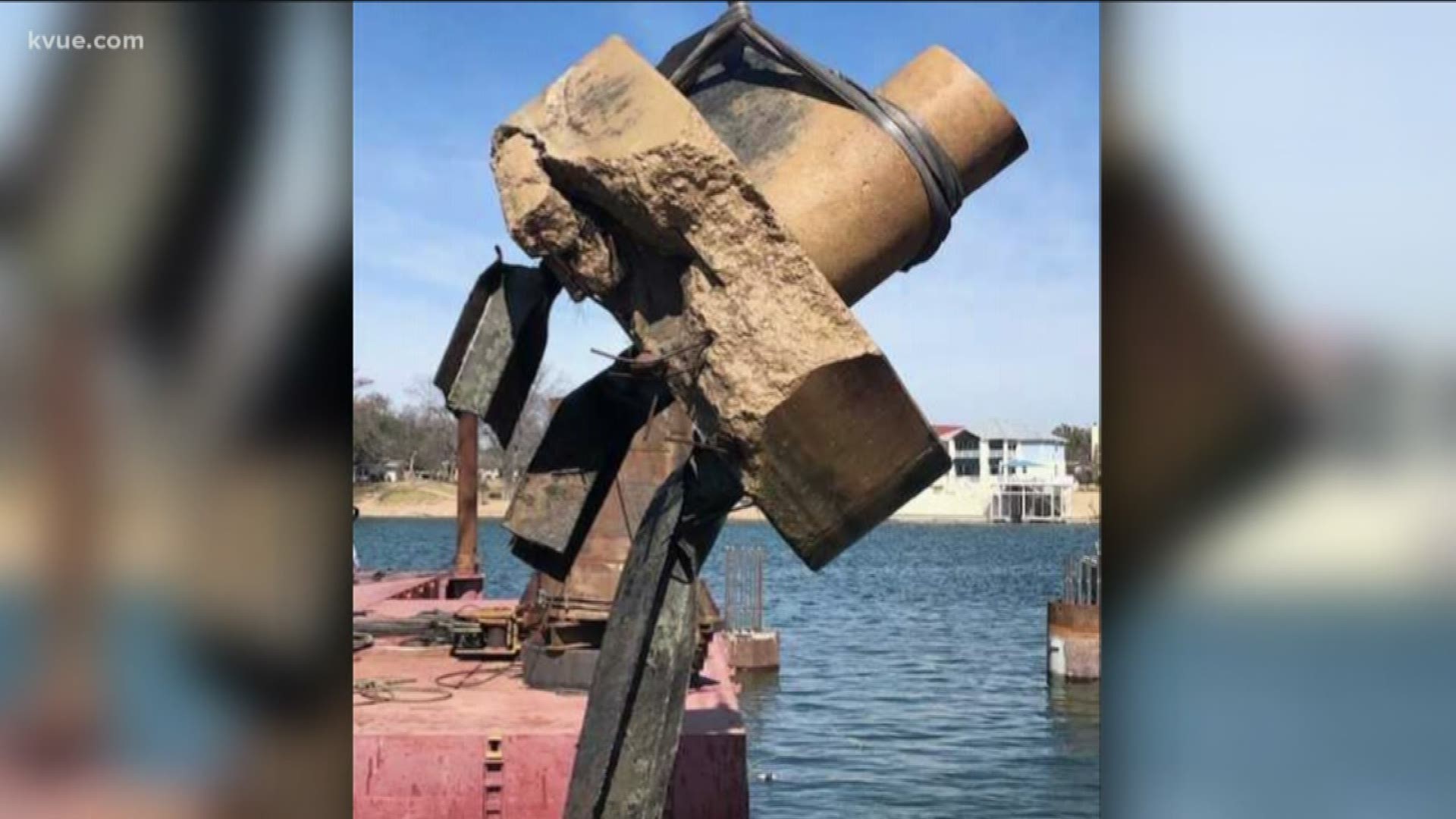 KINGSLAND, Texas — On Thursday, the Texas Department of Transportation sent out a release that said the final chunks of large debris obstructing the RM 2900 bridge construction are being removed allowing work on the new bridge to move forward.

TxDOT said the debris from the old bridge, which was destroyed in floods last October, has blocked drill shafts on the riverbed, slowing the emergency bridge construction project.

“We’ve made substantial progress on the bridge and I’m proud of the team for working through the unexpected issues along the way,” said Terry McCoy, TxDOT Austin district engineer. “We plan to have the bridge open to traffic in May so that the Kingsland community and those who travel through the area will have this important route available.”