Azja is the caretaker of a Blue Swedish duck -- but it's not just any ordinary bird. 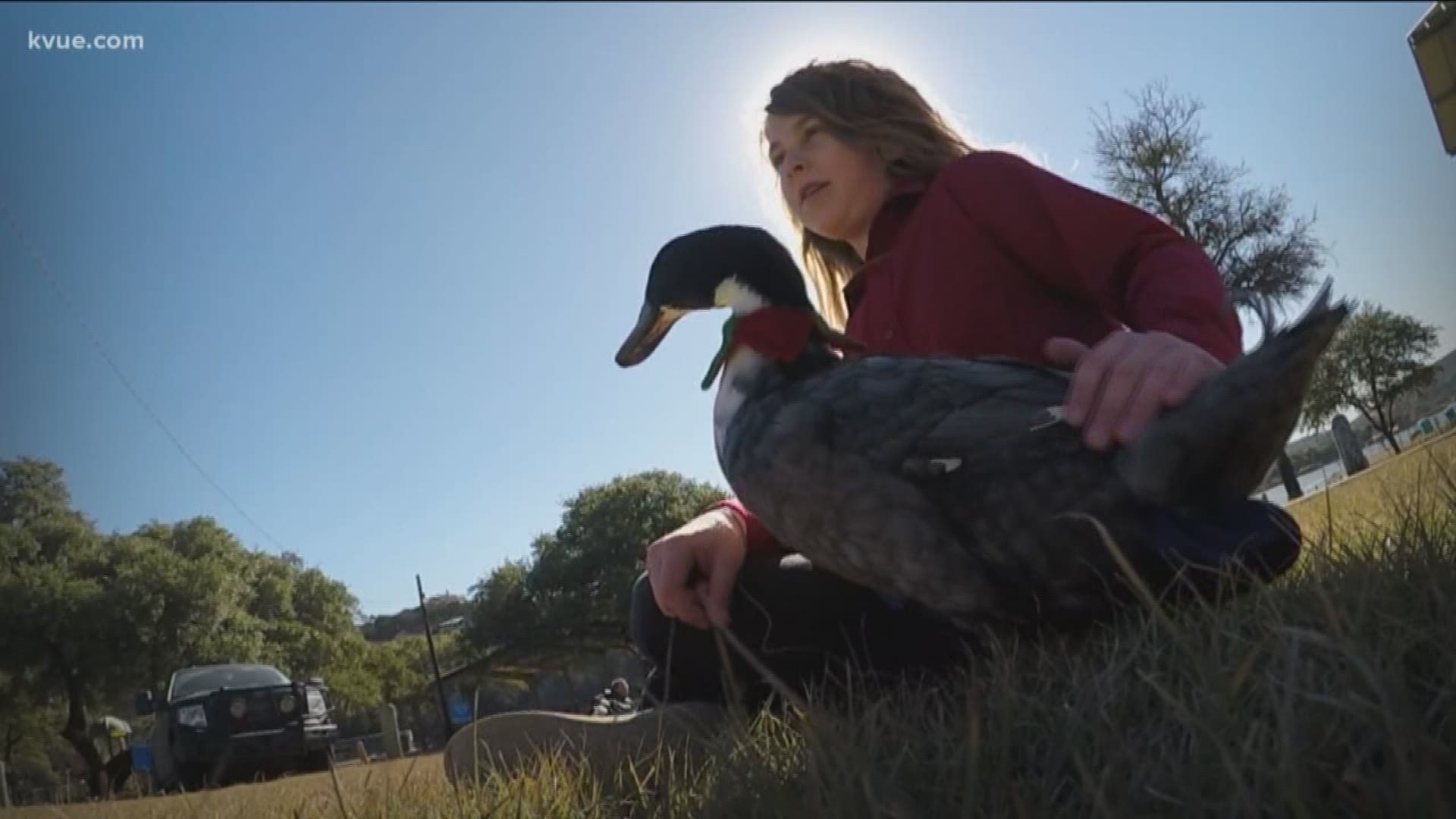 JONESTOWN, Texas — This almost feels like a "Keep Austin Weird" story, but for one Austin area girl, her "therapy duck" helps her cope with a daily struggle.

"We didn't expect to have a therapy duck, that's for sure," Ashley Dann said, with a slight laugh.

Her daughter, Azja, is the caretaker of a Blue Swedish duck -- but it's not just any ordinary bird.

"He loves people, and not all ducks are like that," Azja said. "So, he's a very special duck."

"Before, Azja was very shy," Ashley explained. "Now, she's forced to talk to people and has become more outgoing."

Ashley said that the bird -- who goes by the name "Cuddle Quack" -- has helped her daughter cope with anxiety and gain confidence.

"Before, I was more stressed and didn't go out talking to people as much," Azja said.

Cuddle Quack reflects whatever emotion Azja is feeling and helps calm her nerves.

"Sometimes, he'll put his head over your shoulder so you can just pet him," Ashley said.

Ashley said she didn't know ducks had personalities. And this unique duck is now helping Azja find a personality of her own.

"People get very happy when they are around him even if they're afraid, which we find a lot of people scared of ducks," Ashley said.

"This is a very special duck," Azja said. "I couldn't give him away for anything."

Cuddle Quack is not a registered service animal and is only allowed to go places like public parks and buildings.