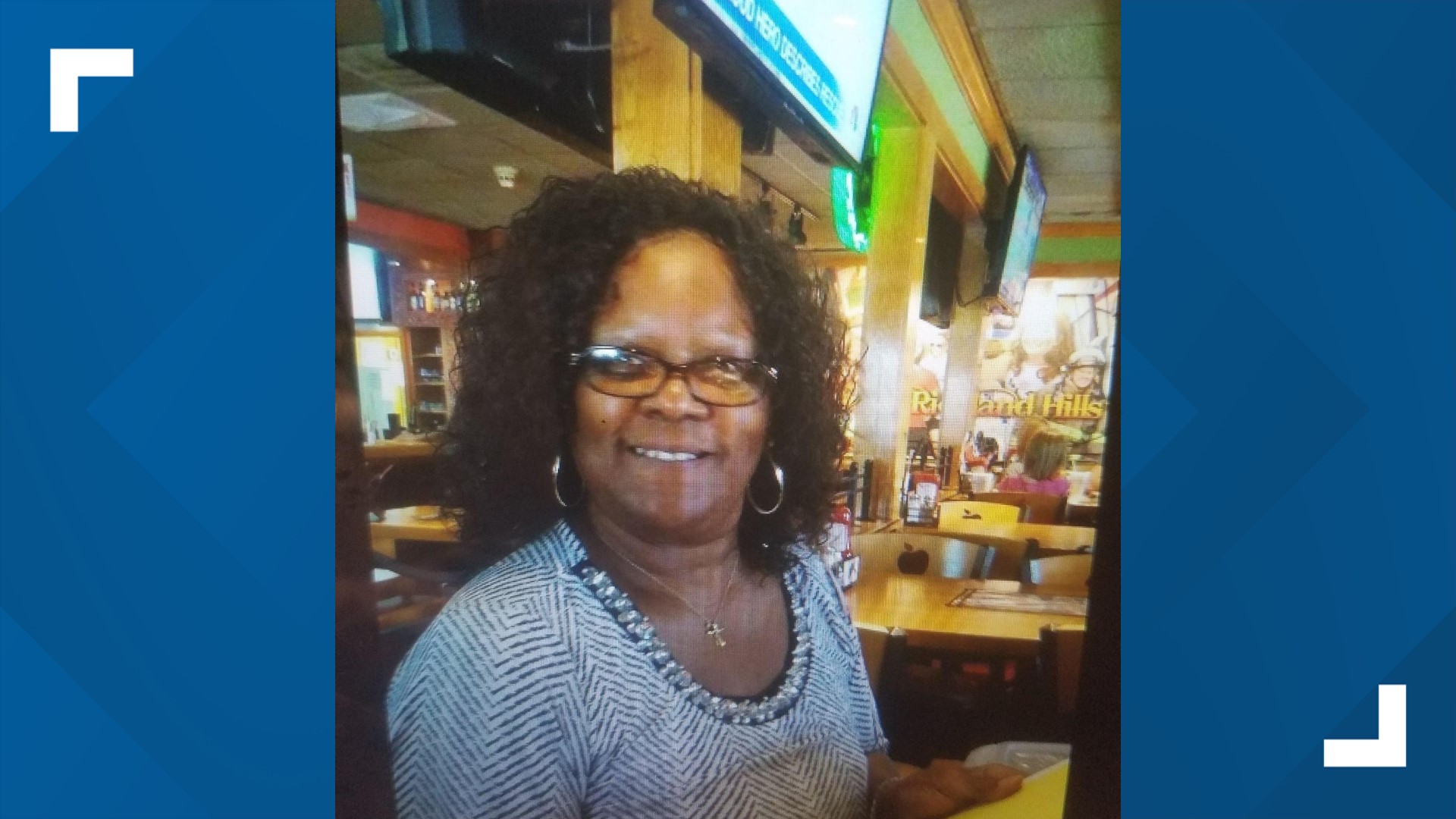 FORT WORTH, Texas — For a month, Kendra Holleman has been searching not just for her 69-year-old mother, Carolyn Riggins, but for any kind of answer.

“The ‘don’t knows’ is what’s killing us,” Holleman said.

Riggins disappeared July 11. Holleman talked to her earlier that day about getting groceries.

Riggins has partial dementia, and the last place the family knows she went is the Watauga Road Bingo Hall at 6535 Watauga Road. They know that night she won big and no one has seen her since.

“It’s like, did my mom really leave this bingo hall?" Holleman said. “Was someone else really driving her car?”

After no one heard from her, Holleman went to Riggins’ apartment on July 15, finding nothing gone, not even her daily medicine. Holleman then filed a missing person’s report with Fort Worth police.

“At that point, I felt like something was going on,” Holleman said.

A police camera captured the license plate of Riggins’ grey Lincoln headed north on I-35 in Denton around 5 a.m. on July 12, the day after bingo, but it didn’t capture the driver. Holleman said the sleeping pills her mother takes daily make her doubt Riggins was driving.

“That's really unbelievable that she would be driving at the that time in the morning because when she takes that medication, she sleeps till about 10 or noon,” she said.

Fort Worth police have questions too and are asking for help in the missing persons case.

“She’s maybe gone on a long vacation after her winning that night,” Fort Worth Police Department spokesperson Tracy Carter said. “We’re just hoping that she can come home safely to her family.”

With their mother missing a month, the family feels lost.

“I break down like everybody else,” Holleman said. “I don’t let my sister see that, so it’s really tough.”

Holleman said she’s stopped searching around Watauga and has been going to lakes, fearing the worst.

“It’s like a needle in a haystack,” she said. “Call it in. Help us out. Give us direction.”

“In my heart, I already know she is gone,” Holleman said. “As long as my sisters stay hopeful, then that’s what I’m striving for. That’s what I get up for."

Officials are offering up to $1,000 for information related to Riggins' whereabouts.

Anyone with information is asked to call Crime Stoppers at 817-469-8477. Tips can also be made online. Officials said all tips are anonymous.