Everything you need to know about cicadas in Arkansas

Annual cicadas are singing this year in Arkansas. 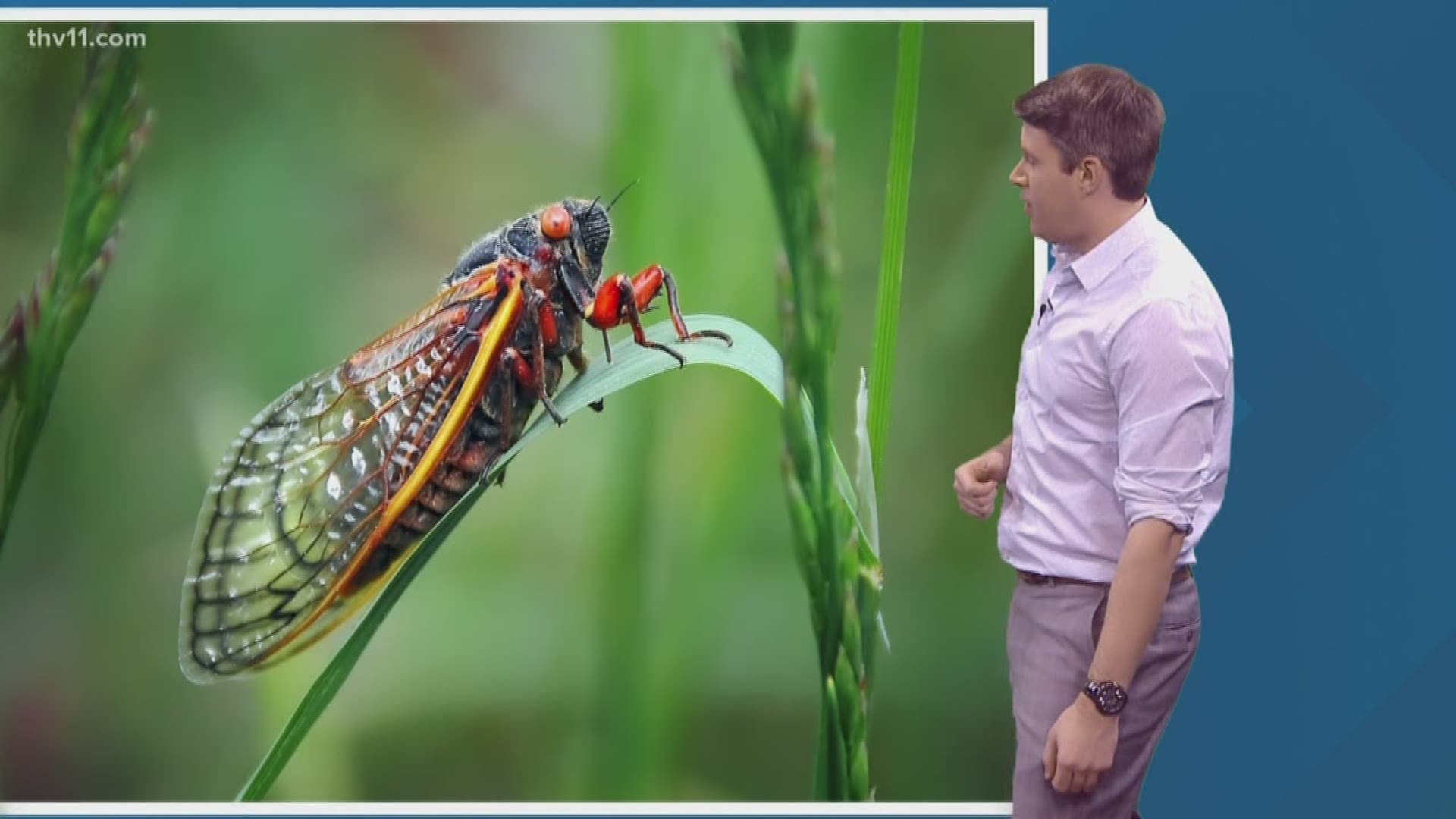 When you walk through your yard or in a park, you will most likely hear a sound coming from the trees that get louder.

Some may find this singing soothing, others may say it is annoying.

The insects that are trying to get attention are cicadas and the sound that they produce is most likely the mating call from the males.

As the bug flexes its drum-like organs in its abdomen the sound will increase and become louder. Some species of the insect can reach 100 decibels, which is loud as a lawnmower.

Cicadas are divided into three groups, annual, periodical, and proto-periodical

Annual cicadas are singing this year in Arkansas.

The periodical is the type that comes out every 13 to 17 years, take over everything in a small area and are like a plague. Don’t worry that is not happening this year. The last time that happened was 2015.

Proto-periodical are annual species that may have higher numbers than usual from year to year.

You may think cicadas are ugly scary bugs, but the truth is they don’t bite and are harmless unless you’re a peach tree.

Cicadas are sometimes called locusts but, this is incorrect.

“Locusts are actually grasshoppers and that just a large swarm of grasshoppers,” says Nicole Nichols with the Pulaski County Extension office.

Right now the periodical broods are under the surface feasting on roots. However, several years down the road millions of these red-eyed creatures will take over neighborhoods, leaving their exoskeletons everywhere and create that eerie alien-like sound.

According to cicadamania.com, the next brood of the major invasion could be as soon as 2024 and again in 2028.