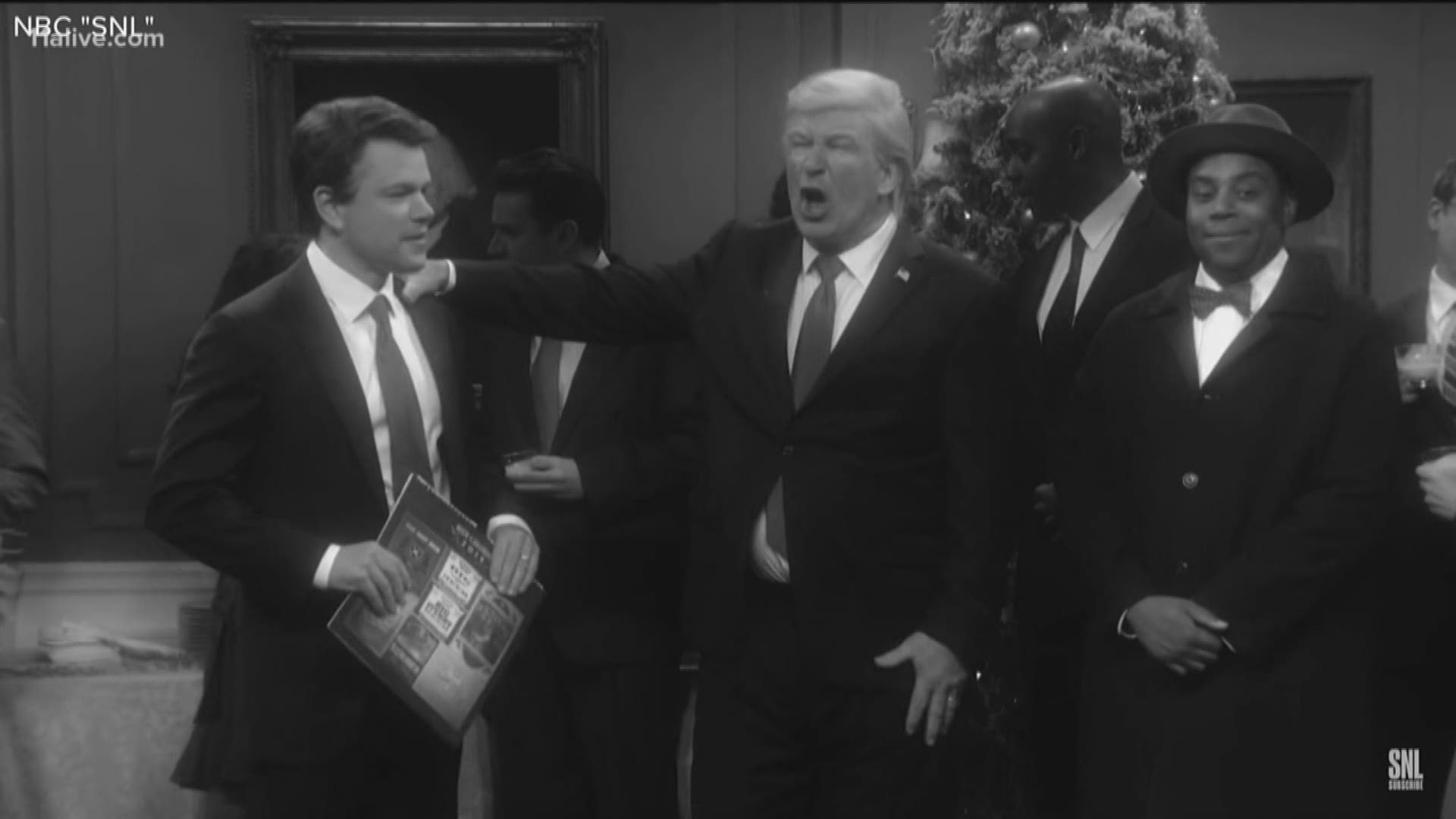 PHOENIX — Arizona was well represented in one of Saturday Night Live's sketches this week.

Phoenix native Aidy Bryant portrayed "The View" co-host Meghan McCain while Emma Stone, born in Scottsdale, played the show's guest Jenny McCarthy. Fun fact: Bryant and McCain both graduated from Xavier College Preparatory (as did I) and Stone attended school there her freshman year before moving to Los Angeles to be an actor.

In the sketch, Whoopi Goldberg (Leslie Jones) opens up "The View" panel's discussion on the crisis at U.S.-Mexico border which Meghan McCain is quick to voice her opinion as a very important, and royal, role.

"Okay, can I just say something, as the Princess of Arizona?" McCain says. "There is a crisis at the border and the border is right up in my Arizona, which was founded on sunburnt women selling turquoise jewelry. Not random Mexicans. And that's not racist because my makeup artist is gay."

Joy Behar (Kate McKinnon) argues that there's a problem with demonizing an entire country filled with nice people, igniting a back-and-forth with McCain.

The two women spar (in a way that's actually pretty realistic to any given episode of "The View") until Goldberg sprays them with water like misbehaving cats.

The panel then resets and welcomes their guest for the day, former co-host and "the vixen of anti-vax" McCarthy who says her doctor is Google, her science is Twitter and her religion is Donnie Wahlberg.

To which McCain says, "Amen, sister."

McCain tweeted Sunday morning that she thought the sketch was "hilarious" and that "being parodied by SNL is a huge pop cultural honor."

Watch the full sketch below.