Improv theatre and comedy clubs are struggling during the COVID-19 pandemic. 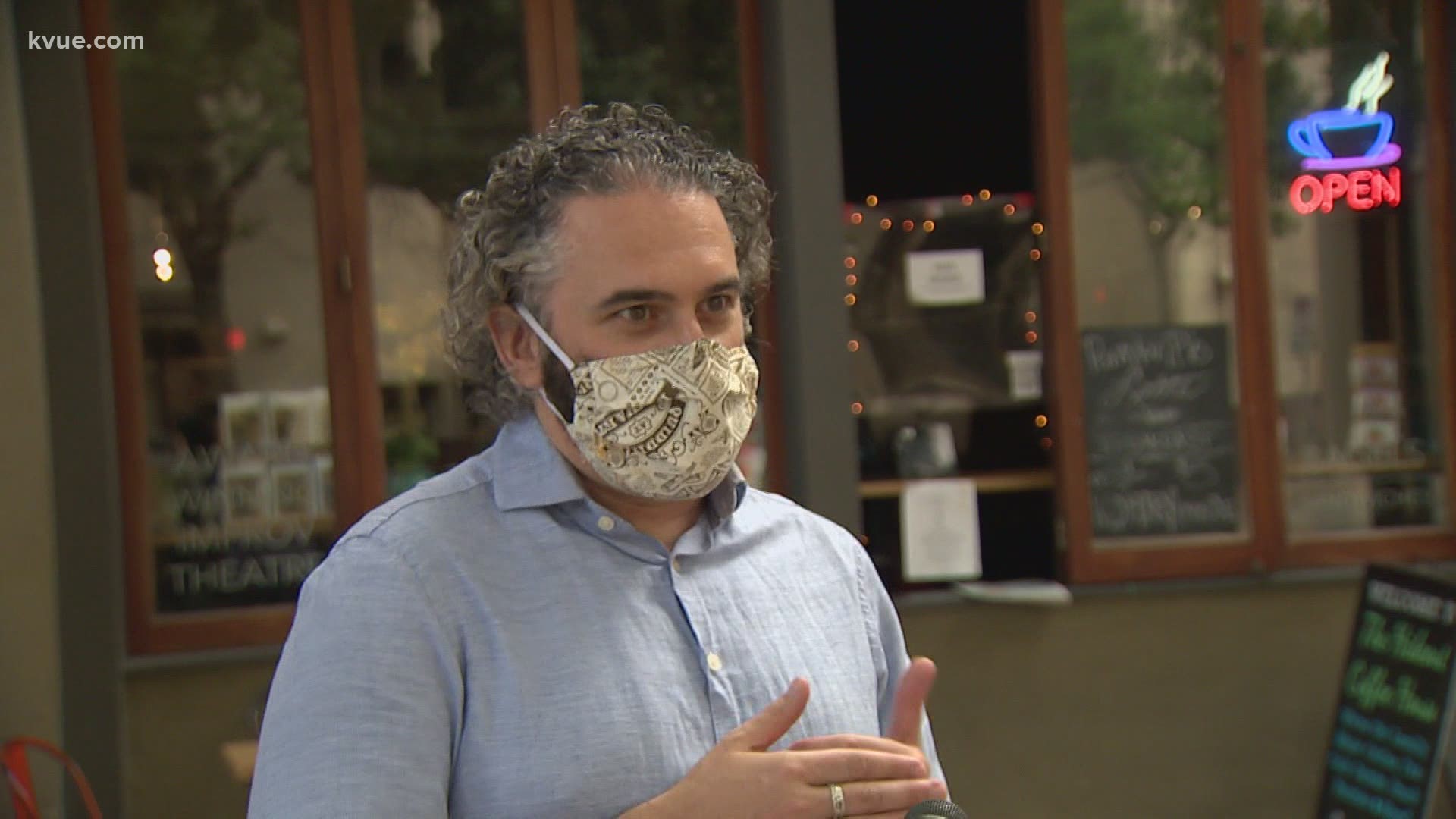 AUSTIN, Texas — Jimmy Fallon announced on The Tonight Show Thursday night that he, in partnership with Indeed, is giving The Hideout Theatre $15,000 as part of their plan to help struggling comedy venues.

Kareem Badr, one of the owners of The Hideout Theatre where they hold improv comedy classes and shows, said they are very thankful for being chosen.

"It's been really challenging for sure," said Badr.

He said the best part is the recognition of their struggle along with comedy clubs during the pandemic. Badr said the $15,000 is great but their debt from the pandemic runs deeper.

"It's, you know, a quarter or 20% of the back rent we still owe," said Badr. "So, it's like the money's great, but it's not going to make or break us but it definitely helps."

Badr said he hasn't re-opened the theatre to help prevent the spread of COVID-19. He, along with other nightlife business owners, are still struggling.

"To be perfectly honest, I really think if Cap City were still open, Jimmy Fallon probably would have highlighted Cap City," said Badr. "All the other venues that he's highlighting are standup venues because that's his background, we are kind of the last man standing," explained Badr.

Capital City Comedy Club was one of Austin's most iconic comedy clubs before it shut down last month due to the pandemic.

"It's a distinct possibility that The Hideout and many other venues like it won't survive," said Badr. "Yeah, that's just the reality."

RELATED: List: Central Texas counties opting in and out of reopening bars

Right now, Travis County has the choice to allow bars and businesses that make most of their money in alcohol sales to reopen but a county spokesperson said the county judge hasn't decided yet.

"It has to be a point that we trust the people instead of dictating to the people, listen, with the dictatorship, it's almost socialism," said Gravell.