David Benioff and D.B. Weiss will join a panel and accept the award for Outstanding Television Writer this October. 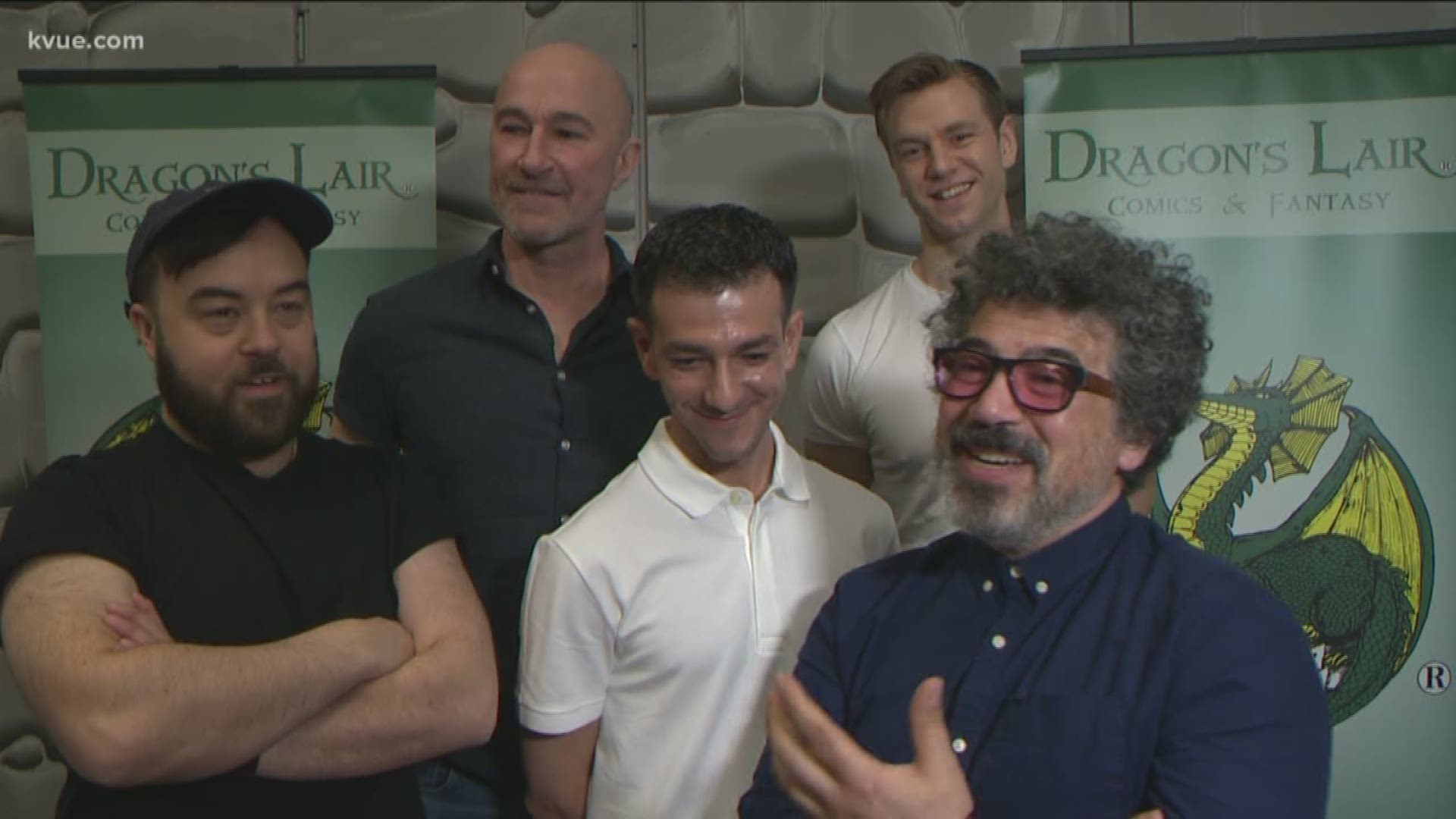 AUSTIN, Texas — Austin is getting another taste of "Game of Thrones" this year and, this time, you don't have to battle through the South by Southwest crowd to see it.

The co-creators of the hit television show, David Benioff and D.B. Weiss, will be honored at the 2019 Austin Film Festival. The festival announced Thursday that they will be receiving the Outstanding Television Writer award at the 26th annual festival, which runs from Oct. 24 to 31.

Benioff and Weiss have won countless awards as co-creators, writers, executive producers and showrunners for the critically-acclaimed HBO series, which is based on the "A Song of Ice and Fire" book series by author George R.R. Martin. Now on its eighth and final season, the show has won a record-breaking 47 Emmy Awards and one Peabody award. It averages at about 30 million viewers per episode.

Besides their work on "Game of Thrones," the showrunners have also found success in film and literature. Weiss is the author behind the fiction novel "Lucky Wander Boy," and Benioff adapted his first novel, "The 25th Hour," into a film directed by Spike Lee. Benioff's second novel, "City of Thieves," has been translated into 35 languages. He's also known for his screenplays for "The Kite Runner," "Brothers," "Troy" and "Stay."

Benioff and Weiss are expected to accept the award on Oct. 26 during the annual Awards Luncheon and participate in conference programming at the festival's annual Writers Conference. Past winners of the Outstanding Television Writer award include Greg Daniels, Vince Gilligan, Marta Kauffman, Norman Lear, David Simon and Keenen Ivory Wayans.

The 2019 Austin Film Festival and Writers Conference will present more than 150 panels and feature discussions from professionals in the fields of film, television and new media. Benioff and Weiss will join a growing roster of panelists that so far includes Megan Amram ("The Good Place"), Alec Berg ("Barry"), Christina Hodson ("Transformers: Bumblebee"), David Mandel ("Veep") and Alex Tse ("Wu-Tang: An American Saga").

Passes and badges for the festival are available here.

First look: Inside the 'Game of Thrones' installation at SXSW 2019

'Game of Thrones' premiere sets a viewership record for HBO