Zombies in Round Rock: Road closures expected for 'Fear the Walking Dead' filming

Don't be alarmed if you spot some walkers on Chisholm Trail Road on Tuesday. 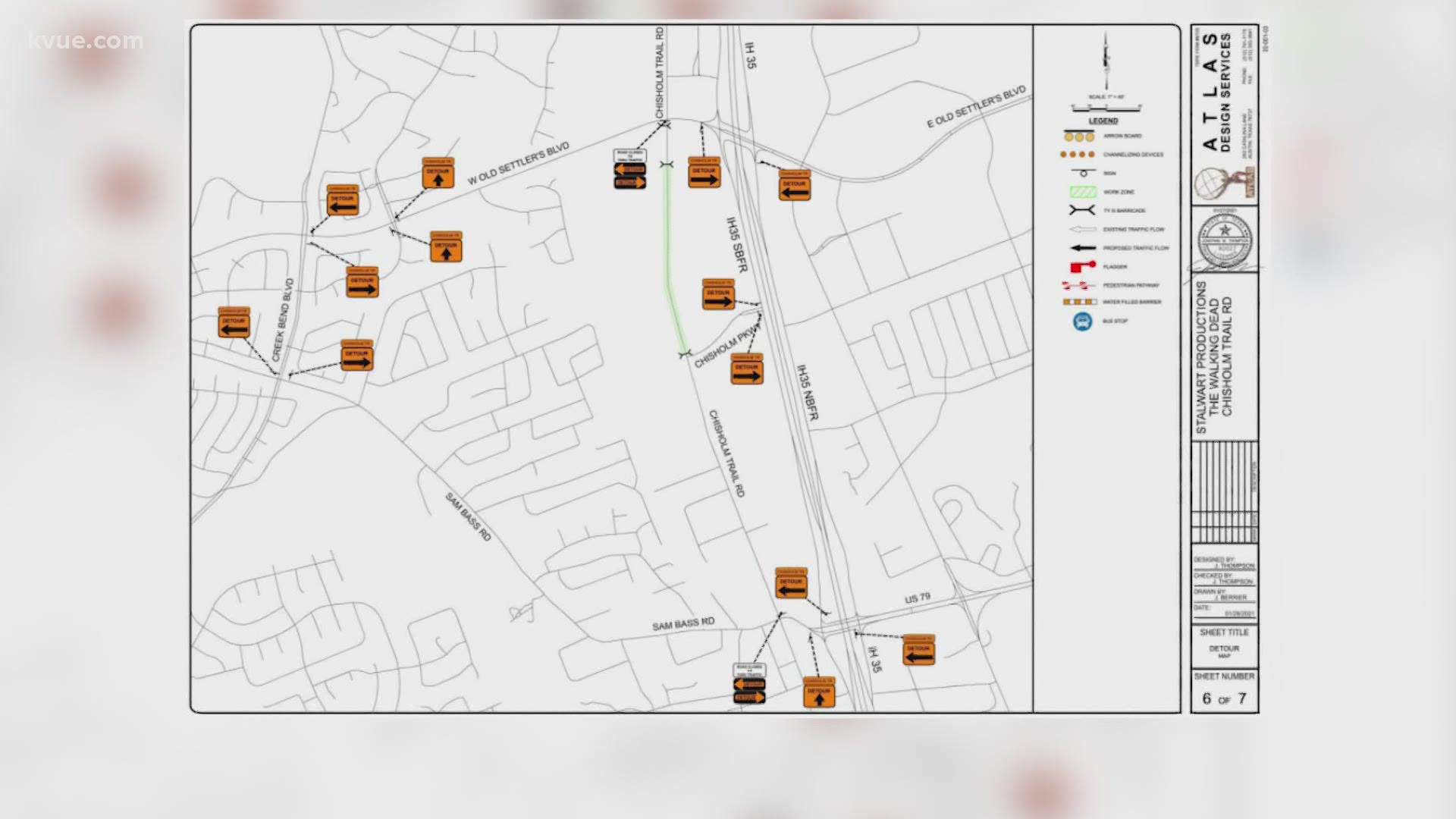 ROUND ROCK, Texas — Don't be too alarmed if things look a little apocalyptic on Tuesday in Round Rock – you might even spot some zombies!

The hit AMC television show "Fear the Walking Dead" will be filming in Central Texas on Tuesday. And with it comes some road closures.

The City of Round Rock will be temporarily closing Chisholm Trail Road between Old Settlers Boulevard and US 79.

Here's a map of that road closure:

The closures will start Tuesday at 7 a.m. and end at 9 p.m. Detours will also be put in place during that time.

Season 6 of the series is expected to return to AMC on April 11.

"The Walking Dead" spinoff isn't the only TV show that's been filming in the area recently.

"Walker," a reboot of "Walker Texas Ranger" starring Jared Padalecki of "Supernatural," has also been filming around Central Texas over the last several months. It recently had its series premiere on The CW.