On the heels of the announcement of Nunn's 2020 retirement, Gov. Greg Abbott presented him with a distinct honor on Wednesday. 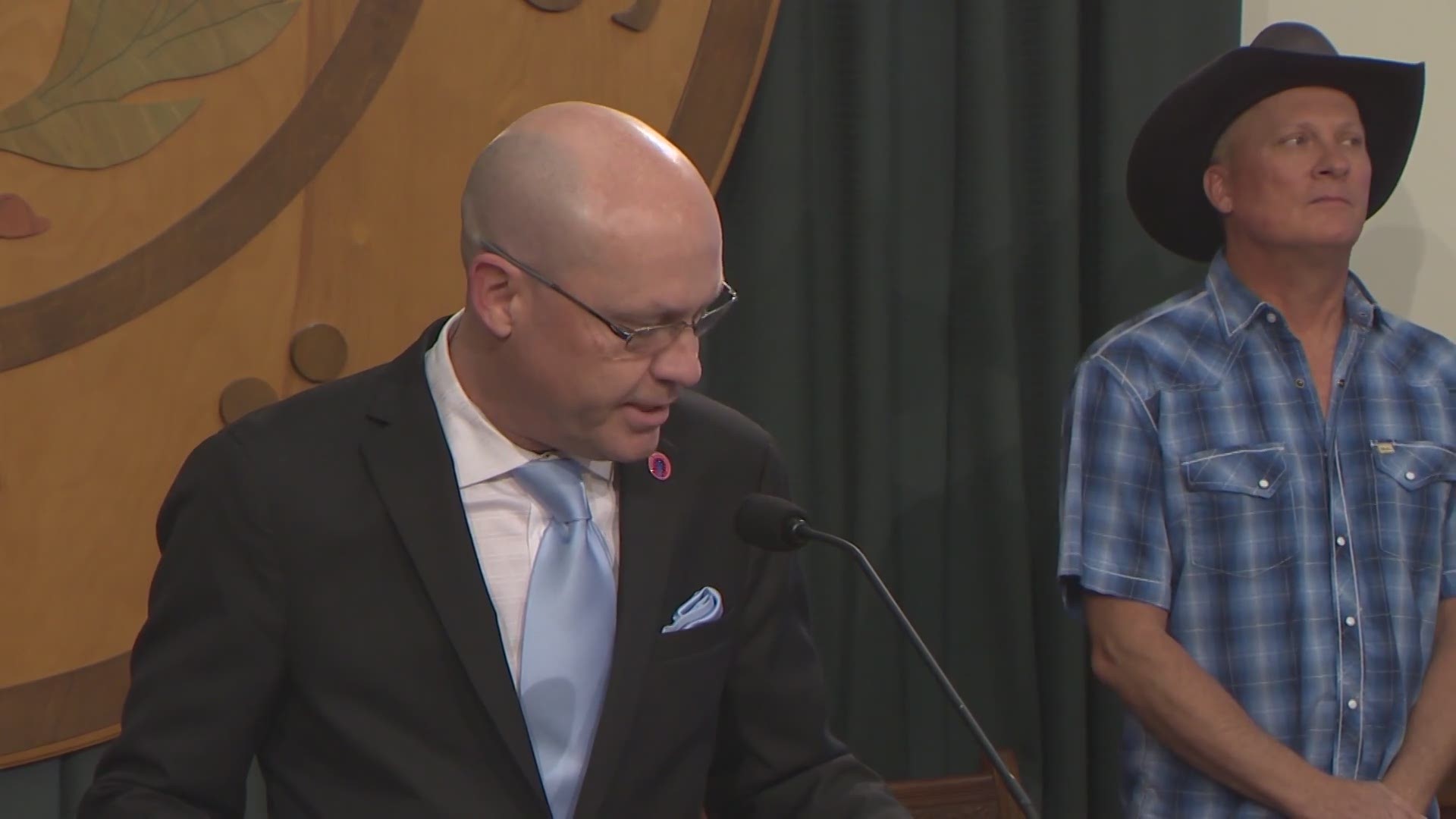 AUSTIN, Texas — A legend in Texas country music wrangled some well-deserved recognition at the Texas Capitol on Wednesday.

At the ceremony, it was also announced that the Grand Ole Opry has extended Nunn an invitation for him to perform at its legendary stage in Nashville, Tennessee.

Nunn continued to say that through his many years as a musician, songwriter, publisher, and record producer, he's traveled 2 million miles since he began in 1980 and made many friendships along the way. He said he will also treasure his time spent at the historic dance halls of Texas, where he met and worked with many of the true greats of country music.

"I take seriously my role to preserve and perpetuate the tradition of country music in Texas history and culture," said Nunn before giving thanks to Jerry Jeff Walker, Willie Nelson, his parents, sons, his wife of 35 years, Ruth, and various team members.

He also gave thanks to musicians Bruce Robison and Kevin Fowler, who were also in attendance.

"Everything I write I hope will have a life of its own and will live long after I'm here ... be a part of Texas culture," said Nunn. "I'd be proud if they did."

Nunn also presented Governor Abbott with a signed copy of his book, "At Home with the Armadillo."

After almost 50 years of performing, Nunn, 73, will retire at the end of next year.

The Texas hall-of-famer is known for his hits like "What I Like About Texas" and "London Homesick Blues." He also helped produce the theme song for the "Austin City Limits" TV show.

Nunn was born in Oklahoma in 1945 and moved to Texas as a child. He later started performing in a garage band, became acquainted with a keyboard, and attended pharmacy school at the University of Texas. He went on to meet artists like Jerry Jeff Walker, Willie Nelson and Michael Martin Murphy.

'You know what, it was unfortunate': 'Taco Truck Tammy' speaks out