Austin's spookiest drag queen tells us how she plans to bring the glamour to the latest installment in The Boulet Brothers' drag competition series. 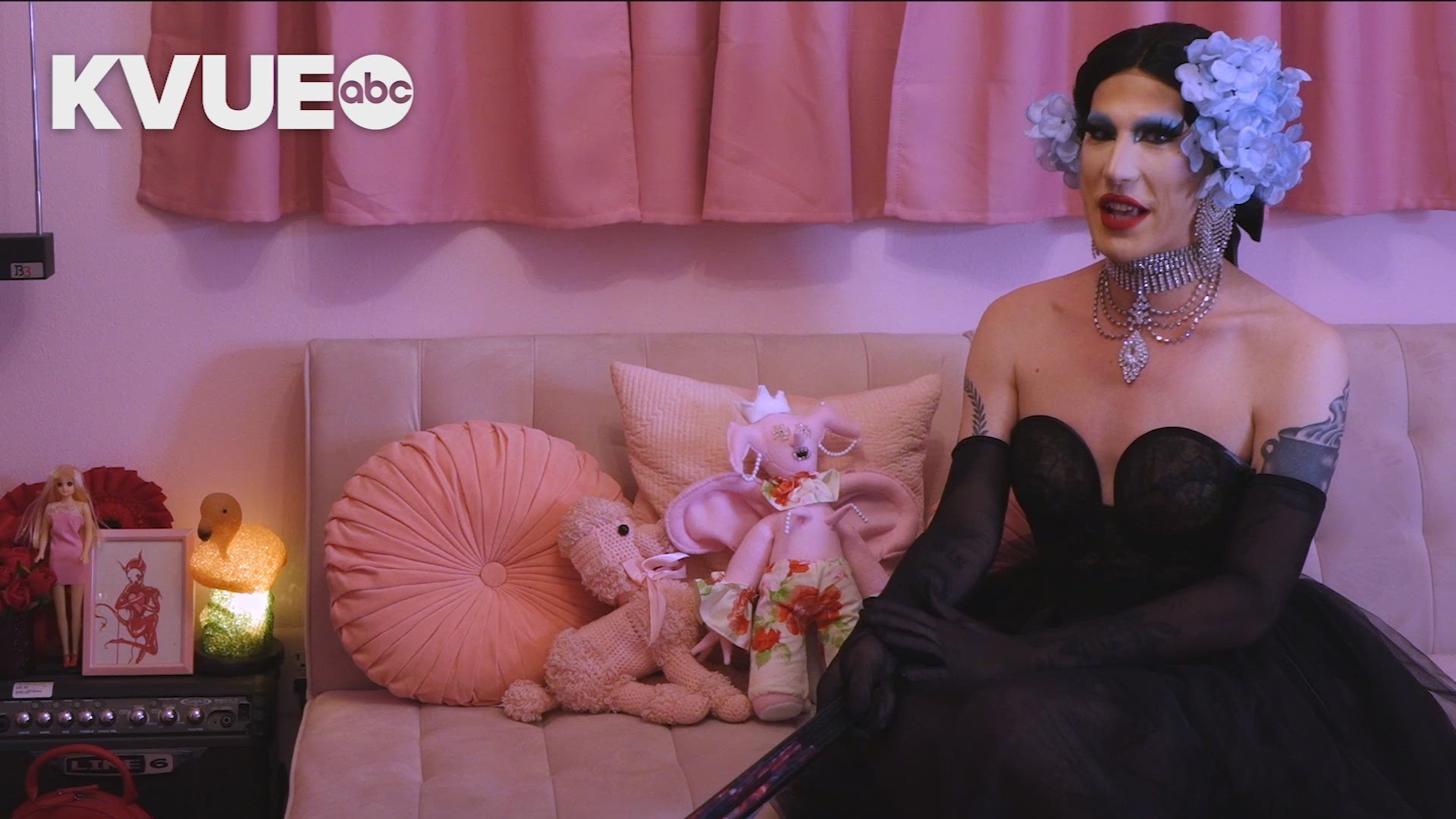 If you’re looking for that in a drag queen, look no further than Austin drag superstar Louisianna Purchase.

These three words not only describe her, but they’re also the key characteristics The Boulet Brothers look for when crowning the world's next Drag Supermonster. Well, it may have taken three seasons, but "Dragula" has finally cast Austin's best drag queen – according to the Austin Chronicle.

For the past several years, Louisianna Purchase has captured the hearts of Austin drag lovers through her spooky yet sultry performances. Now, she’ll be able to share her art across the world through the millions of eyes who watch “Dragula,” the drag competition show that’s like “RuPaul’s Drag Race” meets “Fear Factor.”

We sat down with Ms. Purchase in her drag room before the Season 3 premiere to talk about her Austin beginnings and the upcoming season.

DREW KNIGHT: What is Dragula?

LOUISIANNA PURCHASE: “Dragula’s” main tenets are filth, horror and glamour. “Dragula” definitely fills a void that maybe other competitive drag series leave. “Dragula” shines a light on drag that needs a light shone upon it.

KNIGHT: What kind of drag needs a light shone upon it?

PURCHASE: I think any drag that is personal, outside of the box, creative. At times it tends to get pushed to the wayside, for maybe just more like pretty faces or pretty drag or Top 40 drag. “Dragula” lives in the drag that lives outside the main stereotypical box of drag.

KNIGHT: The show has themes of horror, filth and glamour? How do you feel you highlight those?

PURCHASE: With “Dragula’s” three tenets, I definitely fit in the glamour category. I am a huge fan of vintage, macabre glamour. Vampira is one of my main muses, and anything vintage, retro that has a spooky flair to it is right up my alley.

KNIGHT: Where does the inspiration of Louisianna Purchase come from?

PURCHASE: Like I mentioned before, Vampira, who was a really amazing horror TV/movie hostess. I love retro comic villainesses from the 30s, 40s and 50s are a big inspiration. Dita Von Teese is a huge inspiration, I love burlesque. Any kickass lady handling her own business and looking really hot while doing it is an inspiration to me.

KNIGHT: How has the Austin drag scene influenced your drag?

PURCHASE: Austin’s drag scene is one of the best drag scenes in the country. I am so proud to be from Austin and to belong to the Austin drag community. It’s full of creativity … kindness, compassion and the willingness to work together to make our scene the best it can be. And I love it.

KNIGHT: Do think your Austin life will change after the show?

PURCHASE: I absolutely think my life will change after “Dragula” begins airing, mostly because, you know, the show provides you with a platform but how far you take it is all depending on you, and I am so excited to just get out there and perform and travel the world and make amazing things happen.

KNIGHT: Where can we see you perform here in Austin?

PURCHASE: Some of the shows are Poo Poo Platter, I run Die Felicia with my drag sister Zane Zena, I am also a part of Sad Girls Only, I have many different bingos that go on, and different events throughout the weeks, every month here in Austin.

KNIGHT: Will these shows continue after “Dragula” airs?

KNIGHT: You’re friends with Season 1 winner Vander Von Odd. How did you get to know her?

PURCHASE: I’ve known Vander for a few years now. Vander and I met at RuPaul’s Drag Con, one of the first ones, and kind of fell in, like, drag love. I adore Vander’s drag. I think Vander is amazing and we bonded pretty quickly.

KNIGHT: Did she give you any advice before being on the show?

PURCHASE: She really didn’t give me any advice prior to filming my season of “Dragula.” I don’t think she probably could, but I do know that she was very proud of me.

KNIGHT: What are some things you learned about yourself from being on the show?

PURCHASE: The things I learned about myself while filming “Dragula” are that, A: I’m a lot stronger than I think. B: I can operate on a lot less sleep than I ever thought possible. I learned that drag is so important to me and drag makes my life better, and I love what I do and I just love the art of drag.

KNIGHT: Has your drag improved since being on the show?

PURCHASE: I definitely think my drag has improved since being on “Dragula.” You cannot be around that caliber of artist and not pick up a trick or two, or not share information with your drag performer siblings that you’re cast with. So we all learned from each other.

KNIGHT: What was the hardest part?

PURCHASE: The hardest part about the show was being away from friends and family for so long. And, honestly, the long hours. The long hours really take a toll during filming but, in the end, it is absolutely worth it.

KNIGHT: Drag is an expensive and tiresome career. Why do you do it?

KNIGHT: What’s next for Louisianna Purchase?

PURCHASE: Well, what’s next is enjoying this amazing season of “Dragula” that will be coming up. I promise you, you don’t want to miss a second of it. It is going to be amazing. And then after that hopefully lots of touring, lots of performing all over the world. I have some secret projects I’m working on, as well as things like new merch that will be released shortly, so keep your eye out! Follow me on Instagram.

KNIGHT: Is there anything you’d like to say to your fans?

PURCHASE: I would love to just send a big thank you to the city of Austin. I’ve been so supported by this city and the other drag performers here and just people in general. I am beyond lucky and don’t think there is a moment that doesn’t go by that I don’t appreciate that.

Click here to catch up on Season 1 and Season 2 of “Dragula” before the premiere of Season 3, which premieres Aug. 27 on Amazon Prime.