Last month, the Austin City Council voted to relax its camping, panhandling and "no sit, no lie" ordinances. 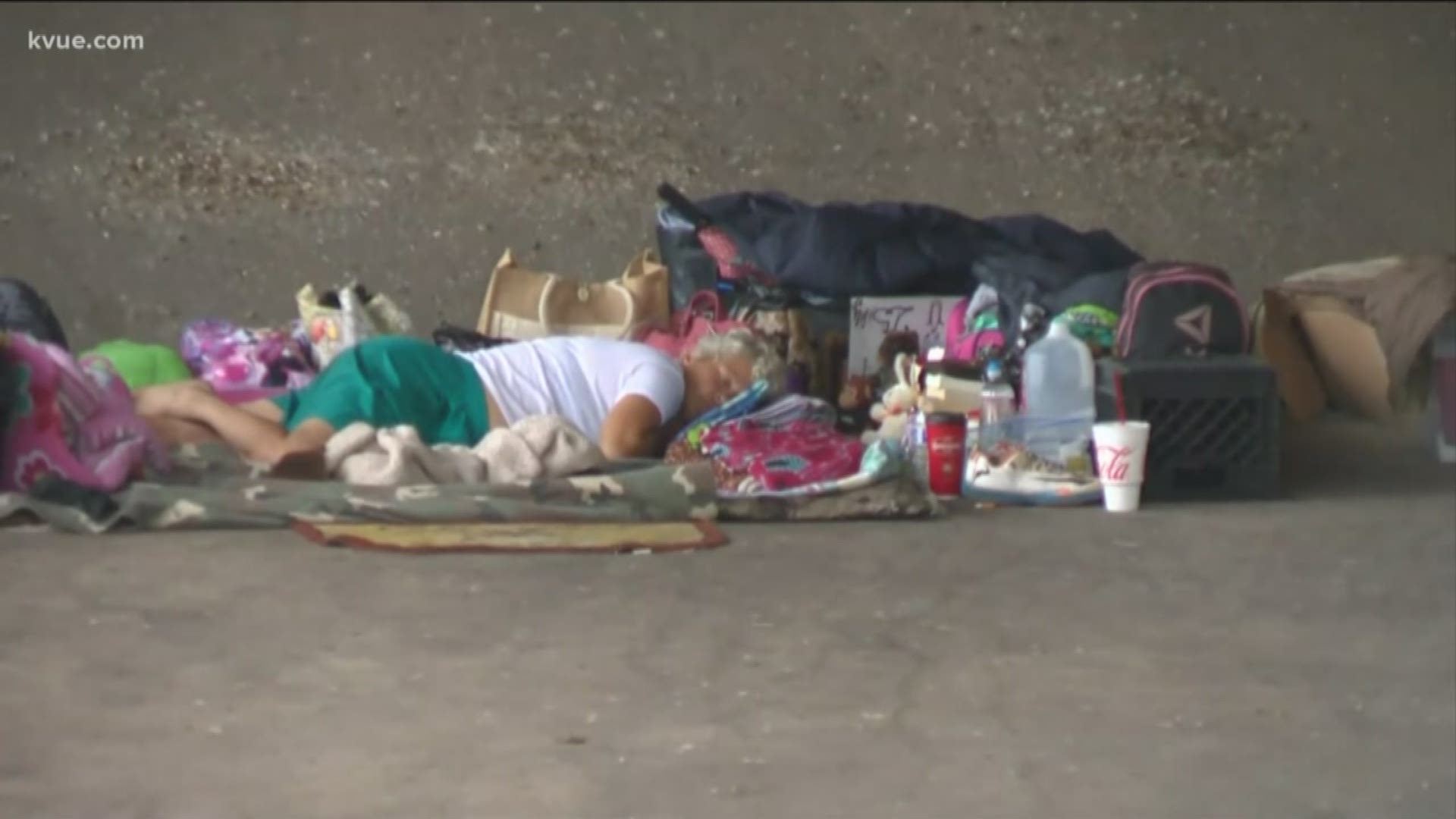 Before July 1, having a tent up was illegal on public sidewalks.

Now, in order for camping to be illegal, people have to be blocking a path or have to be a danger to the health and safety of someone, according to the Austin Police Department.

KVUE walked the streets of Downtown Austin with Austin police Assistant Chief Justin Newsom. He introduced us to Shirley, on Red River Street, who is still homeless. She is back on the street after leaving housing.

“She can be housed,” said Assistant Chief Newsom. “But they won't let in ‘Cowboy,’ who's her street husband, go with her. And he takes care of her.”

Assistant Chief Newsom explained to us that her story is just one of many that explain just how complicated homelessness is.

And now enforcement among the homeless is more complicated for officers.

"If you put a tent that's not blocking a doorway for someone to get in or out, or not blocking the sidewalk to the extent that people cannot pass unless something that person's doing presents an obvious health or safety risk, we can't take enforcement action," he said.

"I think the more it's in everyone's face, the more pressure they'll feel to do something about it," he said.

We also talked with the Salvation Army, who said they have a waitlist of about 200 people to get into their shelters.

“With the ordinances, the Salvation Army's still going to be operating day to day,” said Corey Leith, a spokesperson for the organization. “Business as usual. We'll be helping those who are the most vulnerable."

It is still illegal to camp in parkland and still a violation to camp on private property.