"El Paso once again does her thing," tweeted Rep. Veronica Escobar, who also said the widower would receive a flag from the U.S. Capitol. 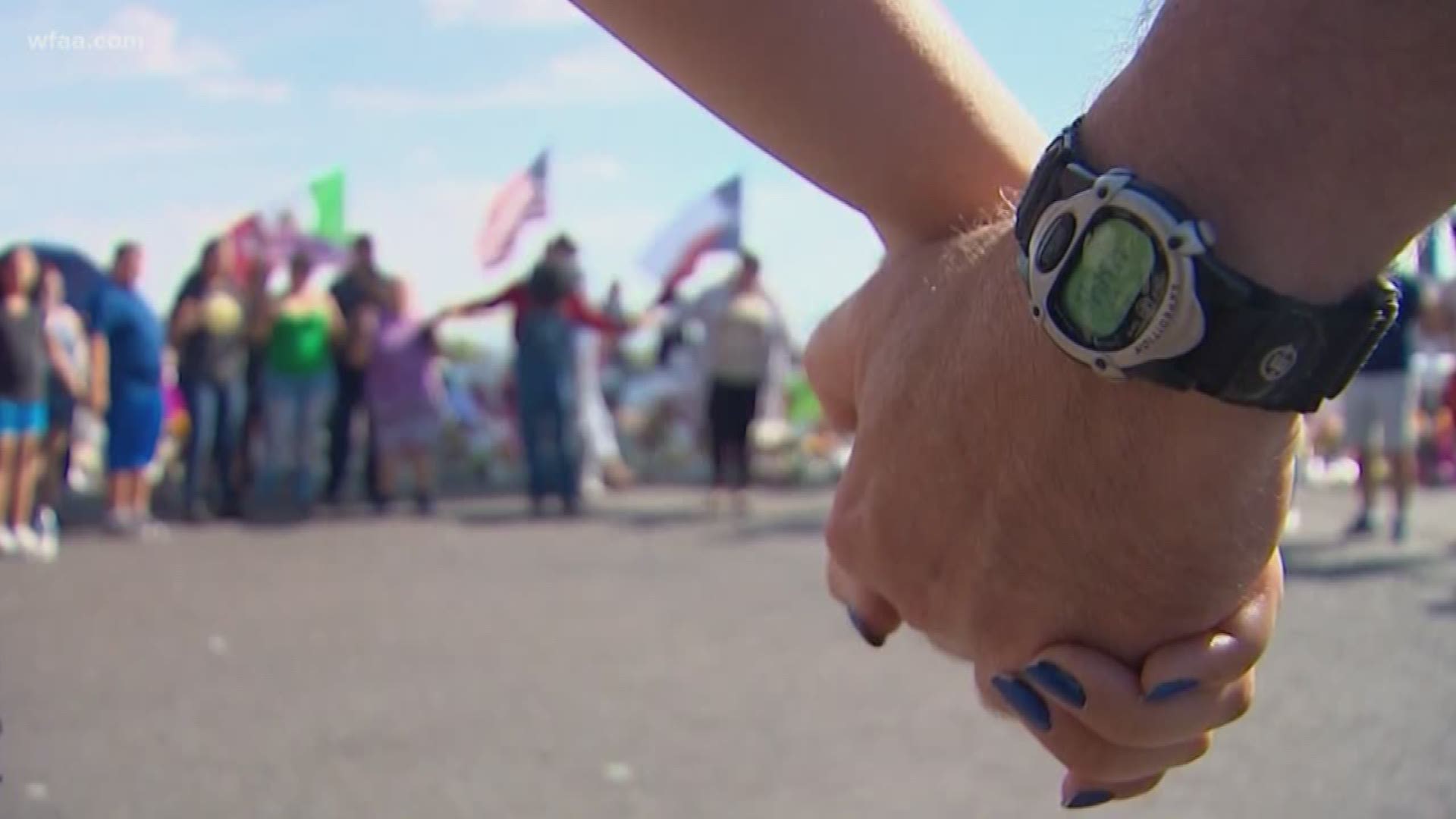 HOUSTON — Antonio Basco's public invitation to his wife's funeral went viral this week, leading to an outpouring of support from around the world.

Basco is the husband of one of the people killed in the El Paso mass shooting. He opened her funeral to the public because he said they have no other family members.

Basco, who has reportedly been visiting the Walmart shooting site daily, was married to 63-year-old Margie Reckard for 22 years.

Her funeral is still planned for Friday, although late Wednesday it was announced it would be moved to a larger venue because of the "overwhelming response" from the public.

Credit: AP
August 6, 2019, Antonio Basco cries beside a cross at a makeshift memorial near the scene of the El Paso mass shooting.

Those who can't attend the funeral are leaving their condolences in this online obituary.

Perches Funeral Home posted on Facebook the updated details for the service.

Last week the widower told KFOX 14 their life together was like a fairy tale.

“I just feel it and when we first met, that feeling came to each one of us, to each other, and we’ve been together ever since,” he said. “We were gonna live together and die together; that was our plan.”

(Tim Chong at WTSP contributed to this report.)