When Miguel Gonzalez begins his freshman year at Texas A&M University, he'll be making history as part of the Aggie ACHIEVE program's inaugural class this fall. 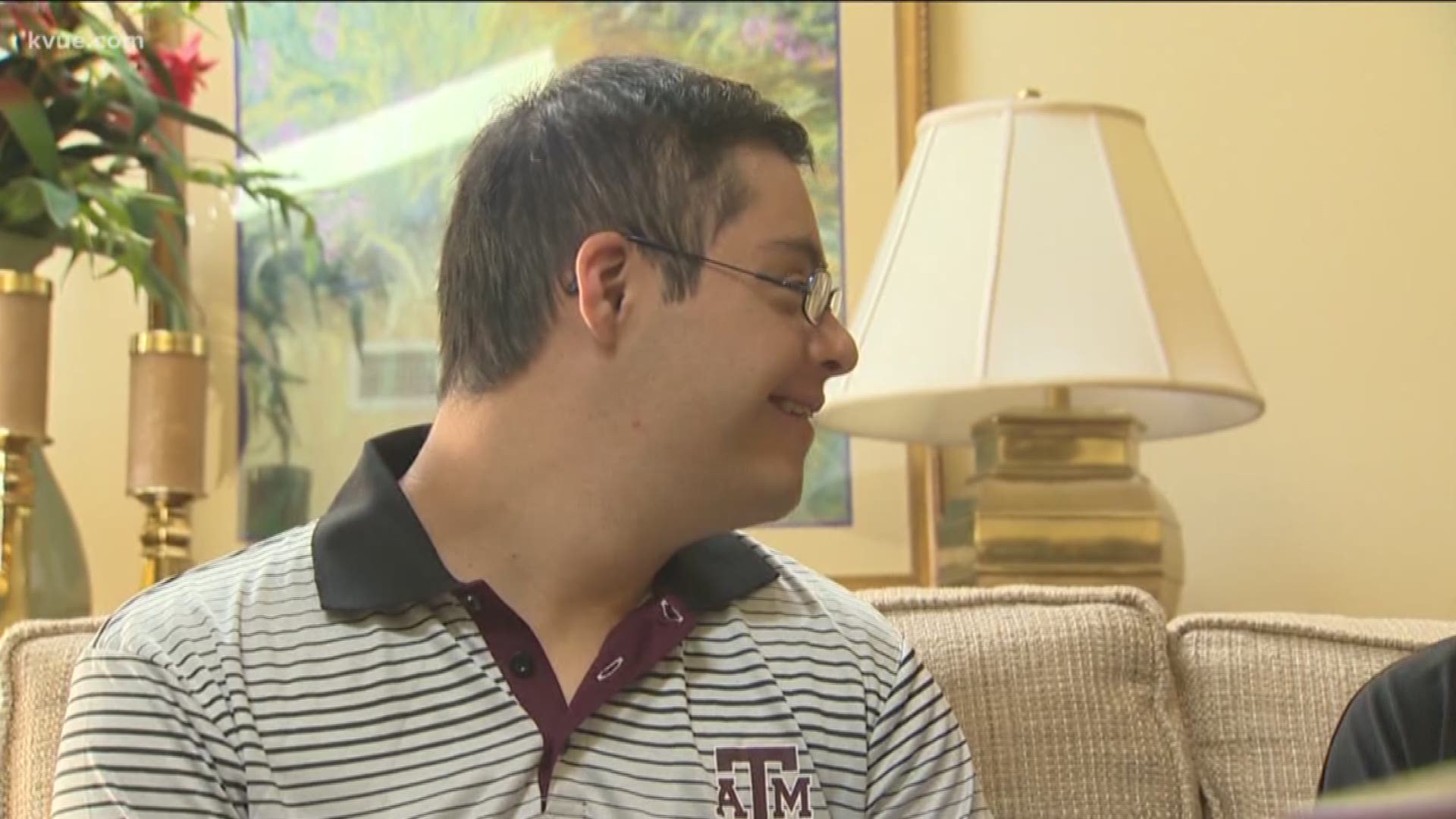 AUSTIN, Texas — Miguel Gonzalez is getting ready for his first year of college at Texas A&M University College Station. The Westlake High School graduate has most of his school supplies ready to go, including plenty of Aggie swag and the dorm essentials.

However, perhaps unlike most college students, when Gonzalez begins his freshman year, he'll be making history as one of the very first students to be part of the the Aggie ACHIEVE program. It's Texas' very first inclusive, certificate-based, four-year education program for students with intellectual and developmental disabilities.

"I came to realize that there were some programs in other states that offer higher education opportunities for young people with intellectual disabilities, but we didn't have one in Texas," said Vilma Luna, Gonzalez's mother. "When Miguel was born, there's just always, you always think about what's going to come next when you're a parent of someone who has special needs. You want to think about what's going to happen in five, 10 years and you can't think about it constantly – you get overwhelmed – but there's always that thought in the back of your mind: 'What's going to be your plan?'"

Austin high school students helping children with disabilities have fun, one car at a time

Thanks to the Aggie ACHIEVE program, Luna said making that career plan for Gonzalez has become that much more accessible and clearer.

"The sky's the limit, and I do think that's true for young people with intellectual disabilities. Young people like Miguel have a lot of the same goals and aspirations as a lot of other young people as our other son has, so giving them this opportunity will just open a lot of doors for them down the road," Luna said.

There are five students who will be part of the program's first year running. Those students will live on campus, participate in classes and serve in clubs and organizations. The first two years of Aggie ACHIEVE are focused on career development and field specialization, and students will have the opportunity to participate and explore on- and off-campus internships that interest them.

Gonzalez said he's looking forward to taking archery, music and student-athlete training courses. He said he'll miss his mother, his dad, Rico, and big brother, Andres, but that he's excited to begin this next chapter.

While exciting for students with special needs, Gonzalez's family said this won't just be beneficial for young adults like him.

"It will help raise awareness about people with disabilities," Luna said. "Immediate acceptance, you can see that. That will raise awareness across the board for people with disabilities and fellow students. Awareness will be raised, but that's going to ripple out into the community. That will ripple out across any other place that these young people goes or a student who has worked with these folks on campus."

On Wednesday, Aug. 14, Miguel will be back on the TAMU campus for Fish Camp, a tradition all incoming freshmen are invited to attend. That's when he'll be receiving his schedule for the fall 2019 semester.

In honor of her leadership and her family's participation, Luna will be receiving the Carolyn S. Lohman Advocacy Award through the College of Education and Human Development.