When Texas quarterback Sam Ehlinger takes the field, he honors his late father

His father died during a triathlon in 2013. 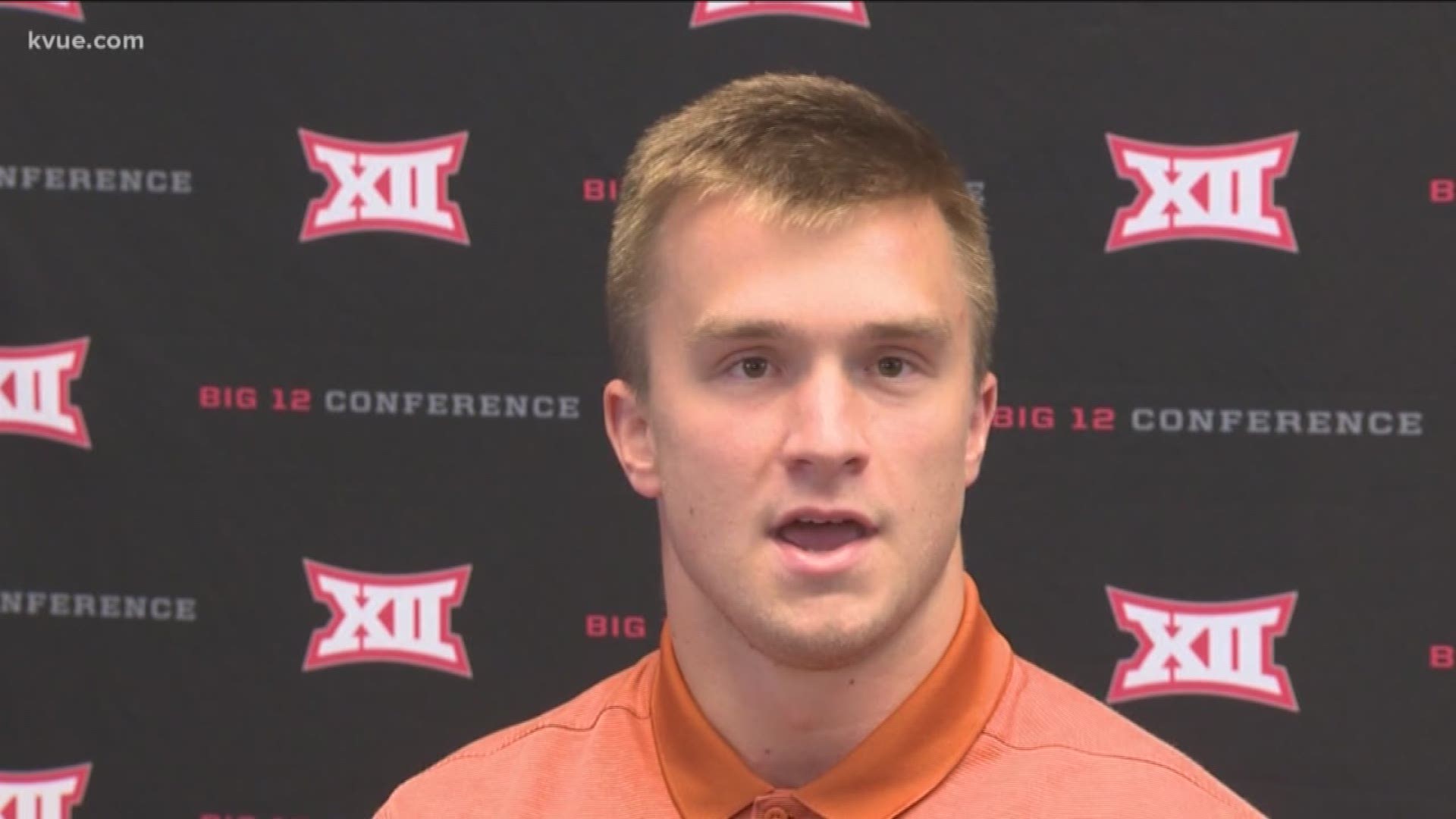 AUSTIN, Texas — To Texas quarterback Sam Ehlinger, football is more than just an opportunity to play – it's a chance to honor his late father.

The Player's Tribune on Thursday released an inspiring video on Twitter about Ehlinger and the football player's journey with his family and football.

"He definitely taught me everything I knew about the game," said Ehlinger about his late father.

Ross Ehlinger, Sam's father, died on March 3, 2013, during the Escape from Alcatraz triathlon in San Francisco. He suffered a reported heart attack during the swim portion at 46 years old. He was a trial lawyer and an athlete who taught his son the love of football.

The football player expressed that he had to step up and be there for his family more than ever when his father passed.

"The way I felt by taking care of my family, I think that carried over to how I lead on the field," Ehlinger said.

Todd Dodge, Westlake High School head coach and Ehilinger's former coach, came into the young quarterback's life a few months after the loss of his father.

"He had to grow up fast. There was a maturity that had to come whether he wanted it to or not," Dodge said.

Sam Ehlinger takes over as elder in UT quarterback room

Ehlinger committed to the University of Texas for football in 2015 and officially joined the Longhorn team in 2017.

"Texas football was kind of the connecting point for my family," Sam explained. "It was something we were always looking forward to, something we could always talk about."

Sam's mother, Jen, expressed that there were two things their family did and that was "go to Texas football games and go to church."

Sam led the UT football team to victory earlier in 2019 at the Sugar Bowl, the championship game for the Big 12 Conference and Southeastern Conference, while his mother was on the sideline cheering him along.

"There is almost an unspoken language moment for us when we all know we are thinking of Ross," Jen said. "Even in the happiest moments, we're just a little bit sad because he is not here."

"For me, being a huge fan and being a playing quarterback and being a leader inside my family and put all those parts together – it's unreal," he said.

Sam will take the field on Saturday for the first 2019 football season game on against Louisiana Tech. The game will kick off at 7 p.m. at DKR Memorial Stadium.

What's in a name? | A look at how and why we name tropical storms and hurricanes