The app has been downloaded more than 1,000 times since its official launch on Sept. 1. 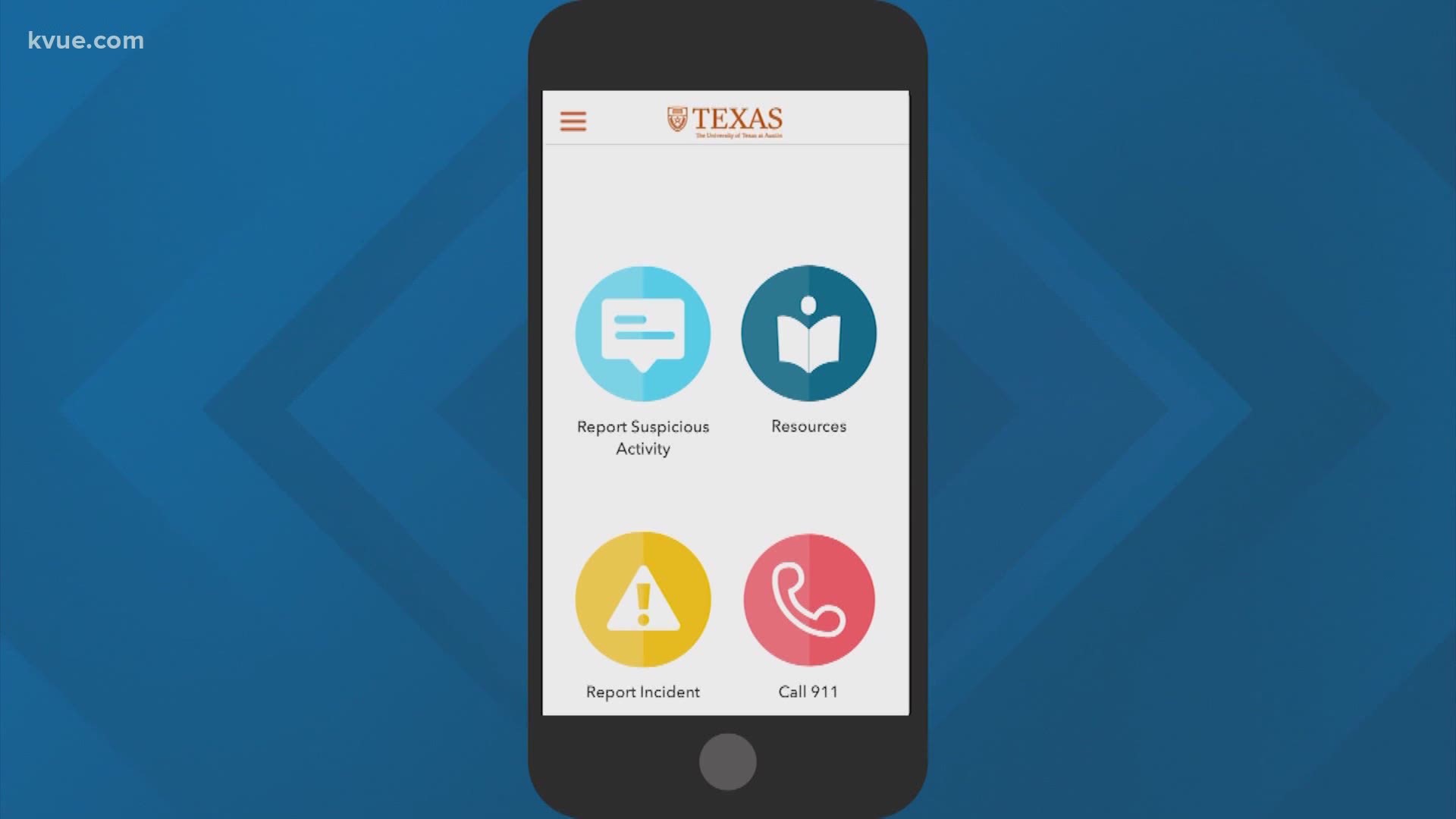 The app is called LiveSafe at UT Austin, and it's available to download in the Apple App Store and the Google Play Store.

UT community members can report suspicious activity and incidents directly through the app. They can also attach pictures, videos or audio files to their report. UTPD dispatchers will then share this information with officers.

RELATED: Student COVID-19 cases on the rise at University of Texas

"The idea is that this gives them real opportunity to give us real-time information if they see a dangerous situation of some kind," UTPD Chief David Carter said.

"If you're, for example, overseas, if you're in London or Paris, if you hit the button there, it will connect you to the emergency services in that particular location," Carter said. "What we want to do is we want to connect a student to the people that can best respond most quickly to their particular challenge or emergency."

Safety is in your hands. #LiveSafeUTAustin is now ready for download! Call 911, text tip information with videos and photos directly to dispatchers, and create virtual walks with friends. https://t.co/924DjfD50e pic.twitter.com/azrjp1NiNN

The app also lets someone virtually escort their friend or loved one to make sure they arrive somewhere safely. The feature has been used more than 150 times since the app's release.

"Maybe they're walking to, you know, an apartment off campus or something like that. They can use this feature to contact, basically, flag three of their contacts that they have chosen to be their virtual escort. And once they arrive at their destination, then the alert basically cancels," Carter said. "But if for whatever reason something is amiss and the student doesn't check in, then the contacts that are selected by the student, faculty or staff member are then notified as well. They can also contact UTPD."

All incoming freshmen were made aware of the app during the virtual orientation, but its official launch day was Tuesday, Sept. 1.