In 2019, "Tower Girl" was spotted with a potential mate before Valentine's Day. A male has been visiting again and experts say they believe it's the same male. 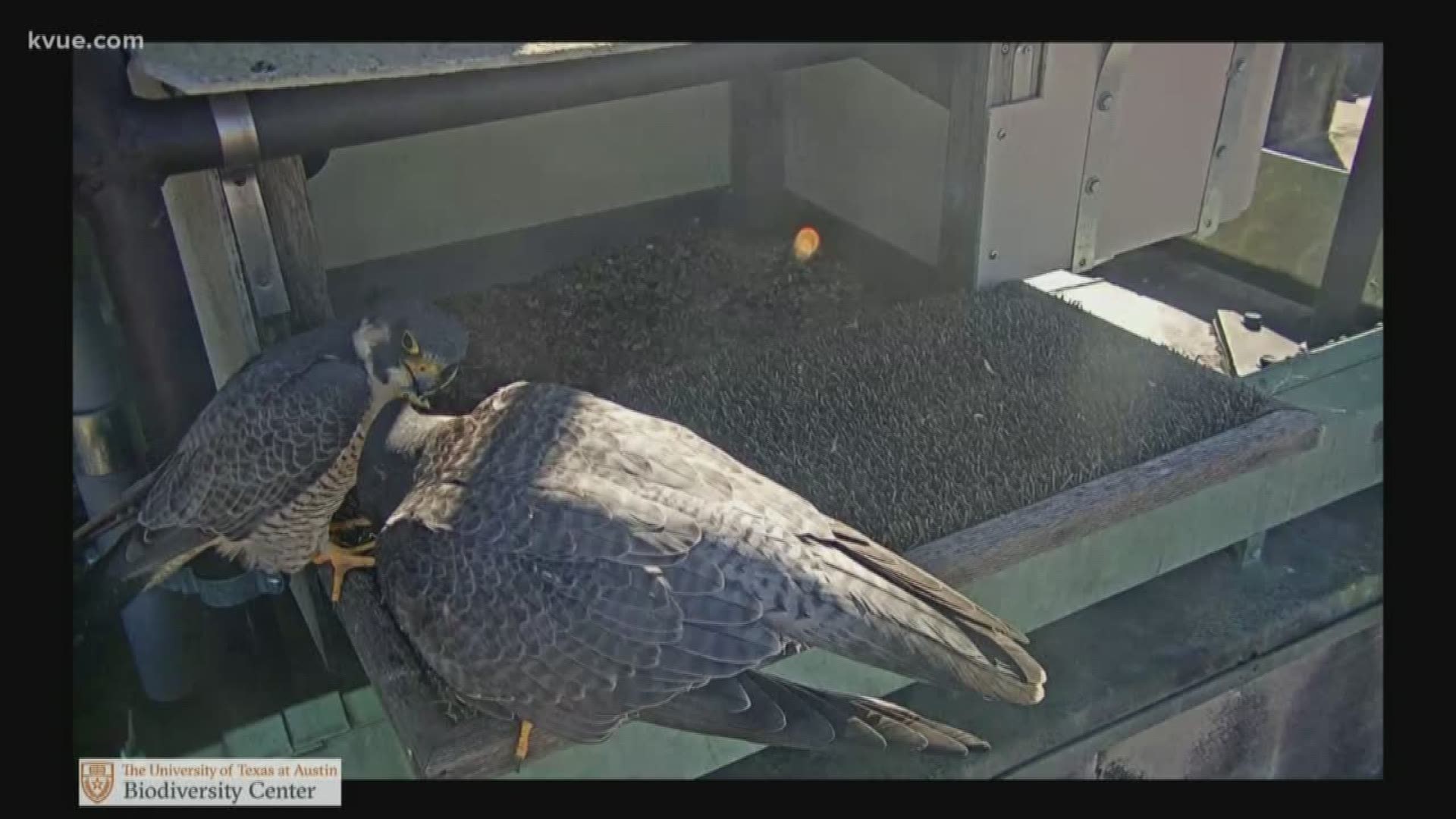 AUSTIN, Texas — In 2019, the University of Texas’s favorite bird, “Tower Girl,” was spotted with a potential mate just in time for Valentines Day.

The two love birds were even caught "kissing" on the university's live-streaming camera. 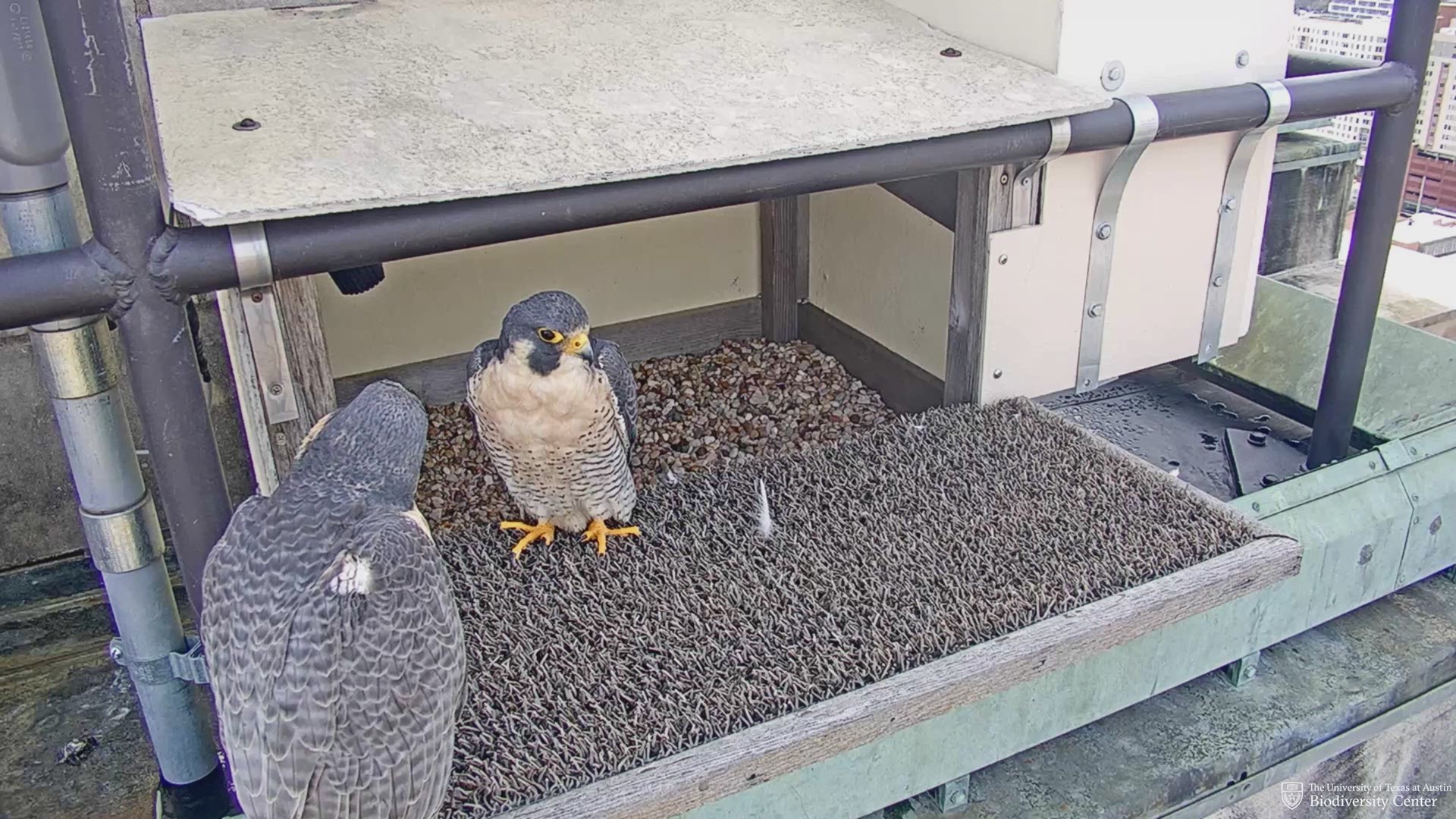 Well, a male has been visiting again close to Valentine's Day and UT officials said birdwatchers believe it is likely the same male that visited in 2019, due to simliar markings and behavior.

Tower Girl ended up laying her first egg of 2019 in late February, and continued for the next few weeks.

Sadly, a few months later in June 2019, UT informed KVUE – similar to prior years – Tower Girl's eggs never hatched and were taken to Texas A&M and Angelo State for analysis. UT officials told KVUE last June they are hopeful the analysis can tell them both what’s going on with the eggs and maybe even reveal more about Tower Girl’s own origins (i.e. whether she is a peregrine from Big Bend or a different population).

The live-streaming camera set up by UT’s Biodiversity Center and the College of Natural Sciences has allowed Tower Girl fans to keep an eye on the bird’s antics around the clock. You can support them by making a donation here.

Police charge Austin man accused of grabbing 13-year-old's leg, 'playing with himself' in middle of the road

Trump will give the 'start your engines' command at Daytona 500