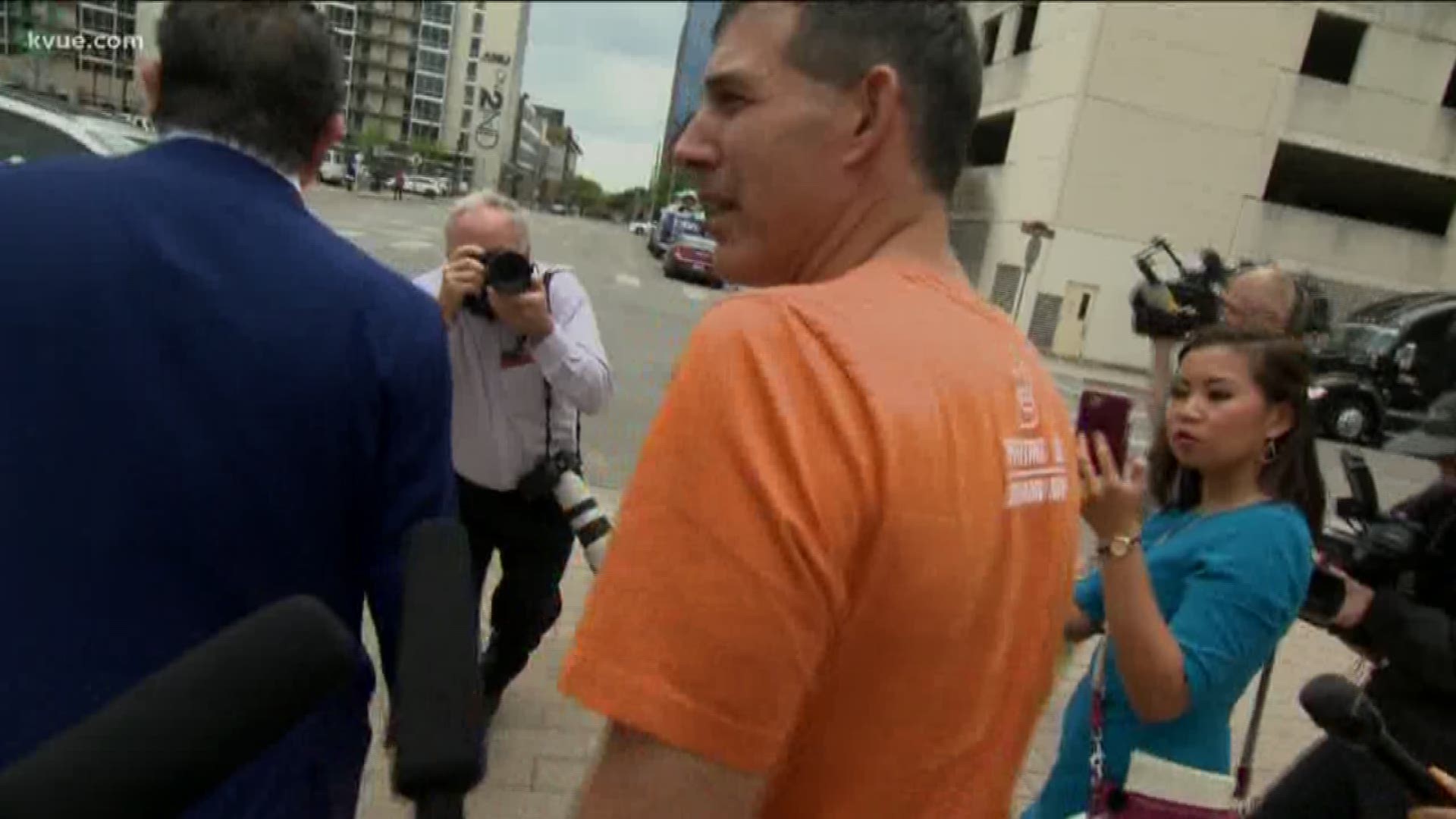 Michael Center was charged with conspiracy to commit mail fraud and honest services, according to court documents.

His team won their match versus Rice 5-2 on Tuesday. Associate head coach Bruce Berque took over as Interim Head coach since the team is in the middle of their competitve season.

"We're just gonna have to move forward and do the best we can with the team," said Berque "Of course we're all concerned for coach Center and we all think a great deal about him, but when it comes times to doing what they do and what they've earned a chance to come out and do and enjoy this is the time for it."

Court records showed a warrant was issued for Center's arrest on March 6, and he was arrested Tuesday morning.

Center is the head coach of the men’s tennis team at the University of Texas at Austin. 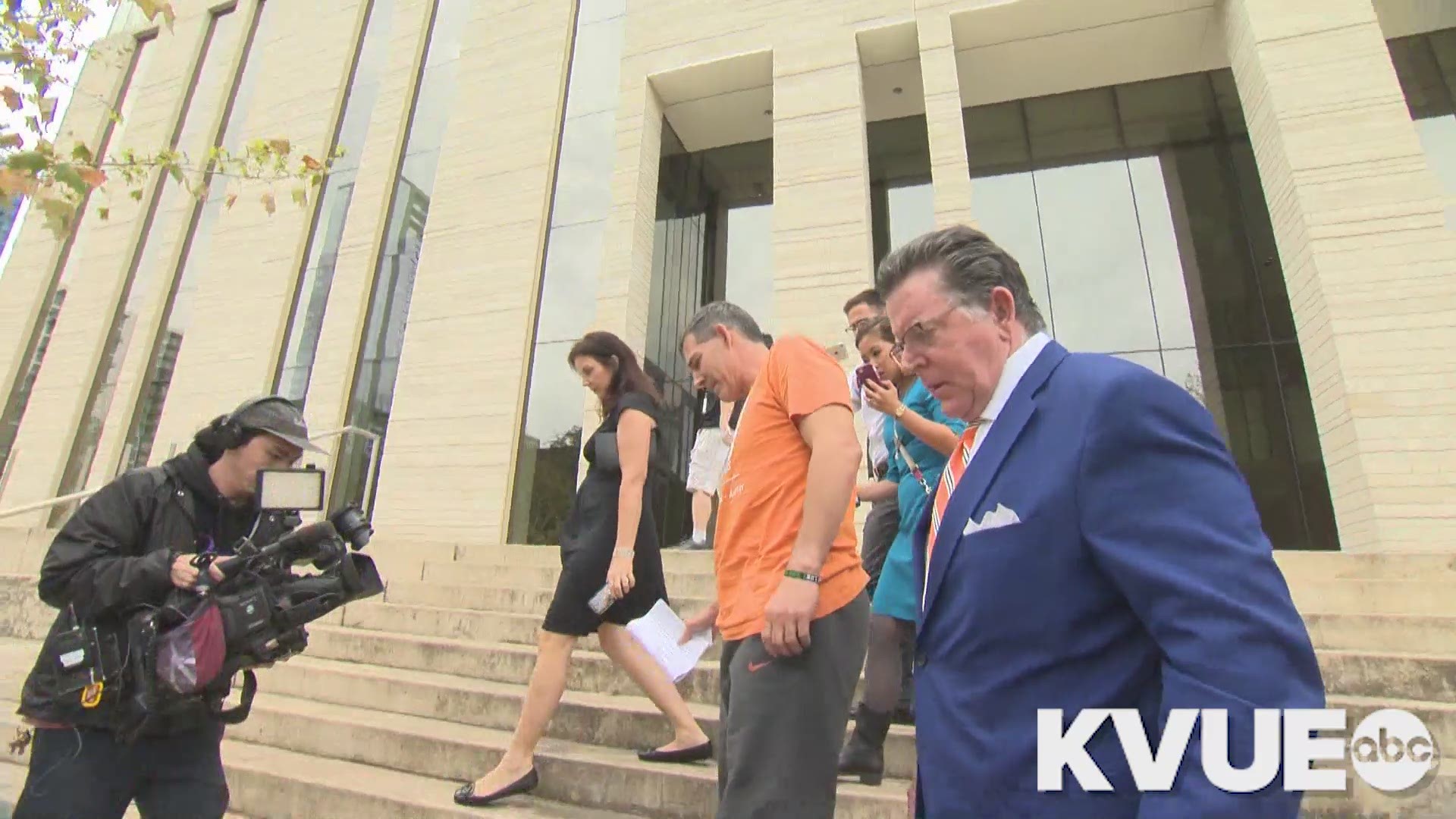 According to attorney Dan Cogdell, Center will plead not guilty.

"He's not maintaining his innocence," he said. "He is innocent."

Cogdell said Center was "an outstanding human being."

His attorney said Center was "devastated" by the news.

According to court documents, a witness told investigators that in 2015, Center agreed to accept approximately $100,000 from the witness as a bribe, in exchange for Center to designate a student as a UT tennis team recruit, thereby facilitating his admission to UT.

William Singer, who runs a college counseling service, was named as the central figure in the conspiracy that includes 50 people, according to U.S. attorney Andrew Lelling.

The scam involved cheating on college entrance exams including the SAT and ACT. It also involved securing admissions for prospective students by bribing coaches to admit them into athletic programs, regardless of athletic ability.

Lelling said in a press conference on Tuesday that clients paid anywhere from $100,000 to $6.5 million.

Lelling went on to say the schools are not targets of the investigations and they have not been seen as co-conspirators after the year-long investigation.

Other notable names on the list are actresses Felicity Huffman and Lori Loughlin.

Center is now on administrative leave. In cuffs, he faced a magistrate judge on Tuesday afternoon. His next court date is March 25 at 3:15 p.m.

University of Texas athletics director Chris Del Conte said it had been a "difficult" day in his department.

"We have placed Coach Center on leave until further notice while we cooperate with the federal law enforcement authorities in reviewing this situation," said Del Conte.

"In the meantime, with our men's team in the middle of its competitive season, associate head coach Bruce Berque will serve as our interim coach going forward as we continue to gather information."

The University of Texas gave the following response to KVUE:

“Integrity in admissions is vital to the academic and ethical standards of our university. The University of Texas at Austin is cooperating with federal investigators and is concerned by the allegations raised, which run counter to the university’s values. Men’s Tennis Coach Michael Center was placed on leave as soon as we learned of the charges against him, which are being fully investigated. We are continuing to gather information and review our processes. Based on what we know at present, we believe this was an isolated incident in 2015 that involved one coach and no other university employees or officers. ”

Below is the complaint filed against Center: 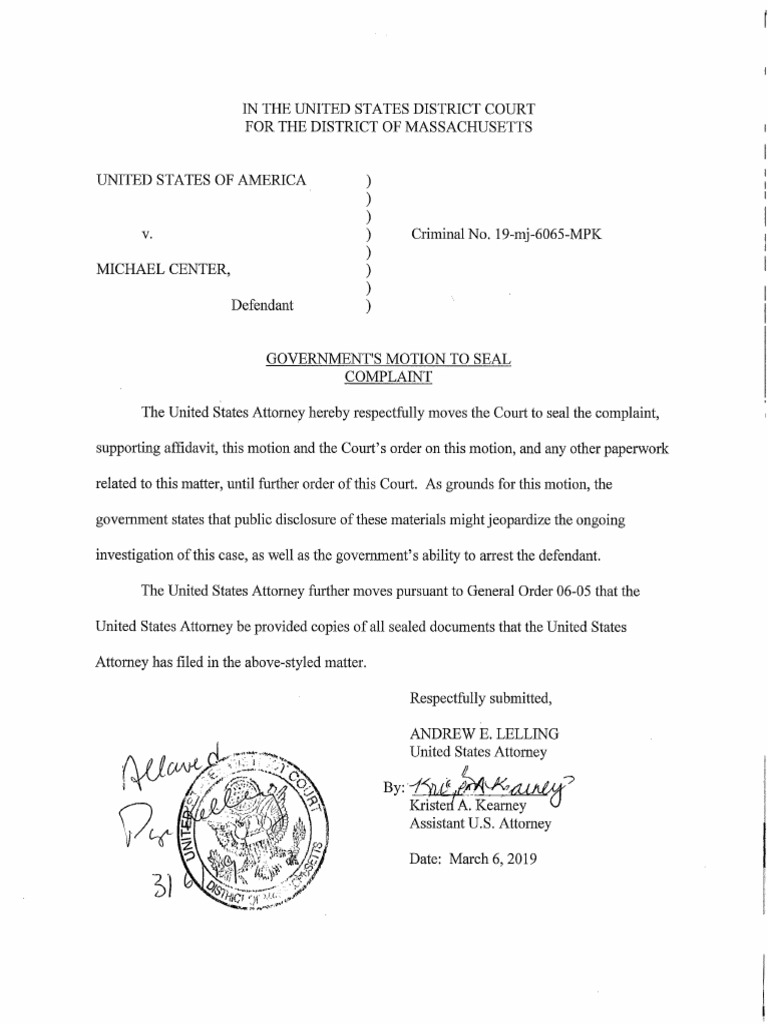