UT institutions have increased tuition between 0.1% and 8.5% in recent years. 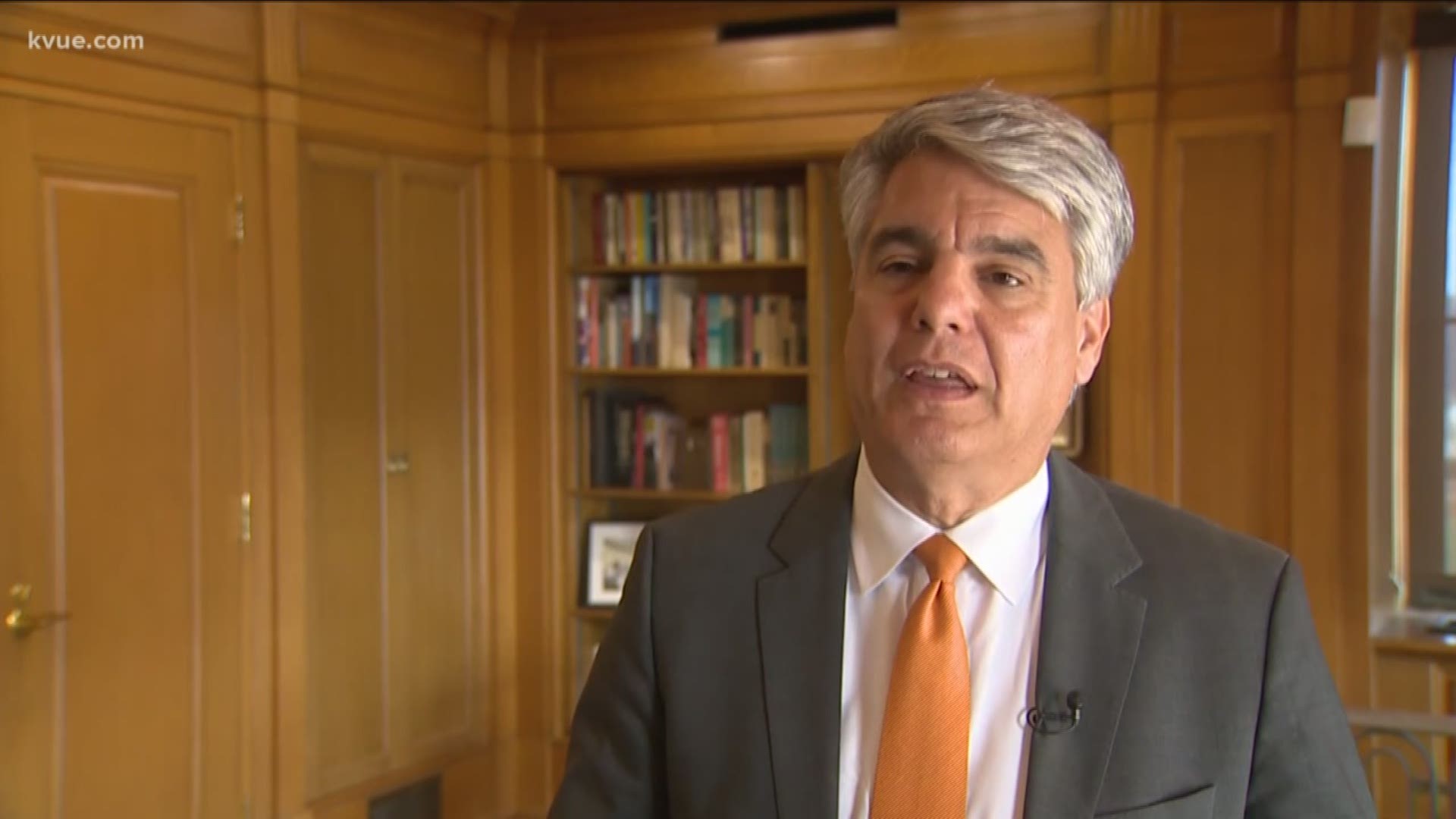 THE TEXAS TRIBUNE – The University of Texas System approved an across-the-board tuition hike of 2.6% for its eight academic campuses, amounting to a $290-a-year increase for in-state, undergraduate students at its flagship university in 2020 and 2021.

The two-year increase, announced Thursday by the system Board of Regents, was set to match the rate of higher education inflation and is intended to rein in tuition for students burdened by growing costs. But the 2.6% rate means UT System students across the state will likely pay hundreds of dollars more, and some campuses, like the University of Texas at Austin, will see their in-state tuition increase at a faster clip than in previous years.

The Texas A&M University System has approved a rate increase that mirrors the one passed by the UT System. And Texas State University System regents signed off Thursday on tuition increases of up to 2.6% for each of the next two years, except at three schools. The Lamar Institute of Technology, Lamar State College - Orange and Lamar State College - Port Arthur will see no increase at all. In-state students at the other Texas State campuses will see annual tuition increases between $100 and $300 in 2020.

UT student regent Daniel Dominguez, who holds a nonvoting position on the board, told regents Thursday he could not support the increase.

RELATED: UT Austin will provide free tuition to undergrad students with family incomes below $65,000 starting in 2020

University officials have argued tuition increases are necessary to keep pace with inflation, recruit and retain employees, and offset declining state support. UT System records from 2018 show state funding for its campuses decreased from about $8,000 per full-time student, adjusted for inflation, to around $6,000 between 2002 and 2016. The tuition and fees paid by UT students and their parents crept up from about $5,000 to $8,000 during that time. In 2018, tuition and fees were around $10,600 for in-state undergraduates at UT-Austin and $11,300 at Texas A&M University, according to data from the Texas Higher Education Coordinating Board.

Not all UT schools have been increasing their tuition and fees by more than 2.6% a year.

But tuition at most UT institutions grew between 3% and 8.5% in each of the last two years, with some in-state students facing annual increases of more than $500. Across the state, public universities grew their tuition by 4.5%, on average, between 2017 and 2018, according to data from the Higher Education Coordinating Board.

The regents' statement Thursday comes four months after the board announced it would fully cover tuition for UT-Austin students whose families earn $65,000 or less a year starting in 2020. School officials have estimated a quarter of their in-state undergraduates — 8,600 students — would have their tuition paid for under the new plan.

Texas A&M University has had a similar program since 2011, and the University of Texas Rio Grande Valley also plans to cover tuition and fees for qualifying students with household incomes under $75,000 starting next academic year.

The tuition increase wouldn’t hit low-income students covered by those plans, said board chairman Kevin Eltife, but would be felt by middle- and upper-income students.

“It’s a balancing act. It’s never easy. We take it extremely serious at this board because we know that $20 a month more to anybody, to some of these families, is a lot of money,” said Eltife, a former state senator. "Every member of this board does hand-wringing over tuition increases. I know because I've talked to every one of the board members. No one — the chancellor, the system staff and our presidents — no one takes it lightly. But we have to do what we have to do to keep quality education in our institutions.”

He said the system is working with each campus to create a five-year financial plan “so we can see the financial needs and we can do a better job of forecasting and looking at the tuition needs.”

UT-Austin President Greg Fenves said in a message to students Thursday that the 2.6% rate would mean the flagship's undergraduates would see increases of about $290 in both 2020 and 2021. The tuition for most master's and doctoral programs would not be increased for the next two years, he said.

"At UT, we are committed to living up to our constitutional charge to be a university of the first class. That means balancing affordability with the costs of delivering high-quality education at one of the finest public research universities in the world," Fenves said. He added that a portion of the revenue from increased tuition would "allow for additional funding for student success, student mental health services and expanded technology and internet on campus."

In-state tuition for public universities in Texas is around the median nationwide, according to data from the College Board.

Students also pay for textbooks, room and board, transportation and other costs associated with attending college, which can exceed the cost of tuition.

Texas lawmakers set tuition rates until 2003, when they turned the process over to university regents. The average tuition and fees charged by Texas’ four-year universities doubled in the 15 years that followed, while state appropriations declined by 26%, according to inflation-adjusted numbers.

Lawmakers have regularly tried to limit or slow tuition increases.

Higher Education Coordinating Board data shows around 50% of Texas undergraduates left college with debt in 2017.

WATCH: UT to provide free tuition to some undergrad students 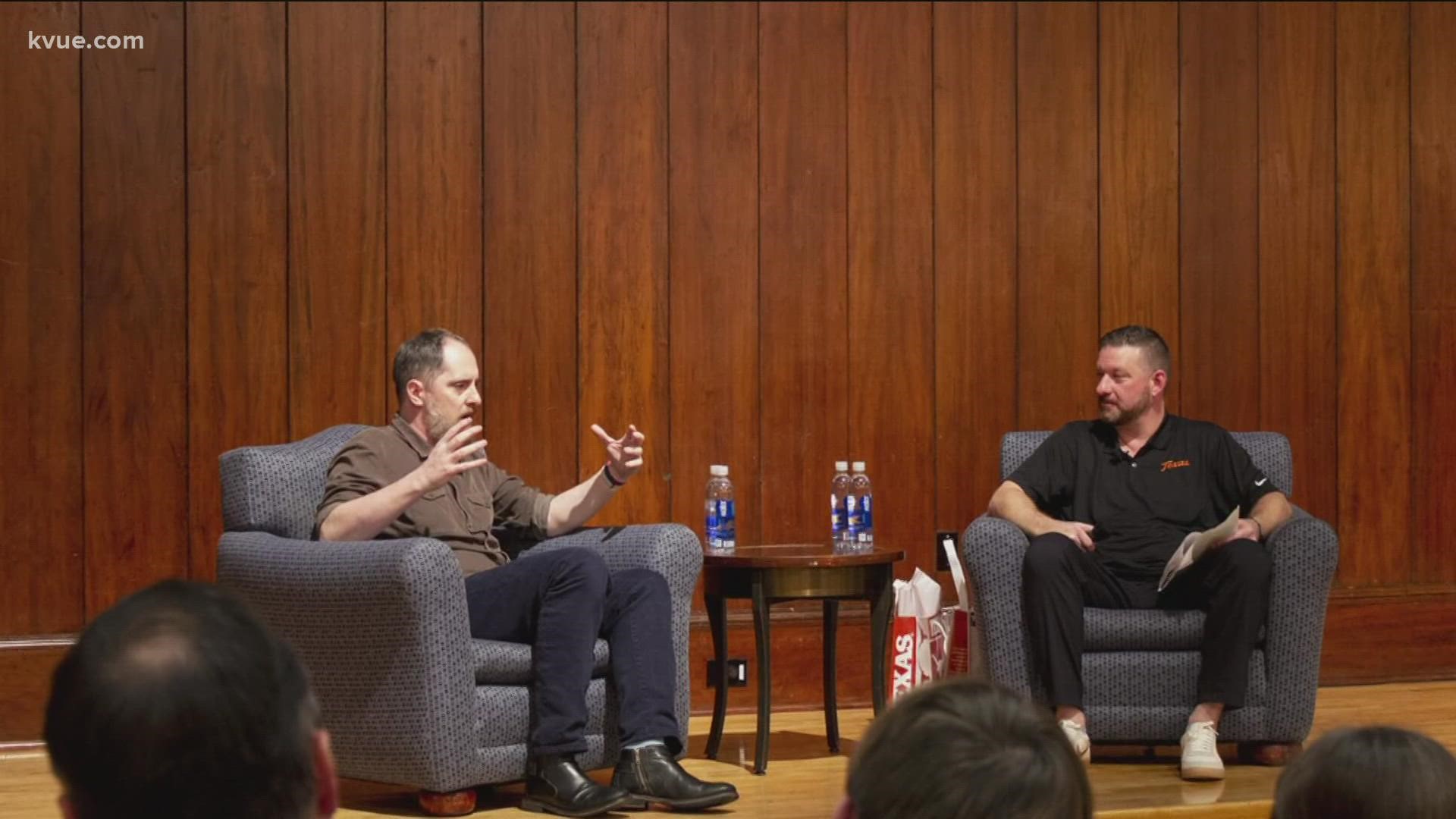