Video and photos show a large group of what appears to be sorority pledges at the University of Texas not following social distancing guidelines. 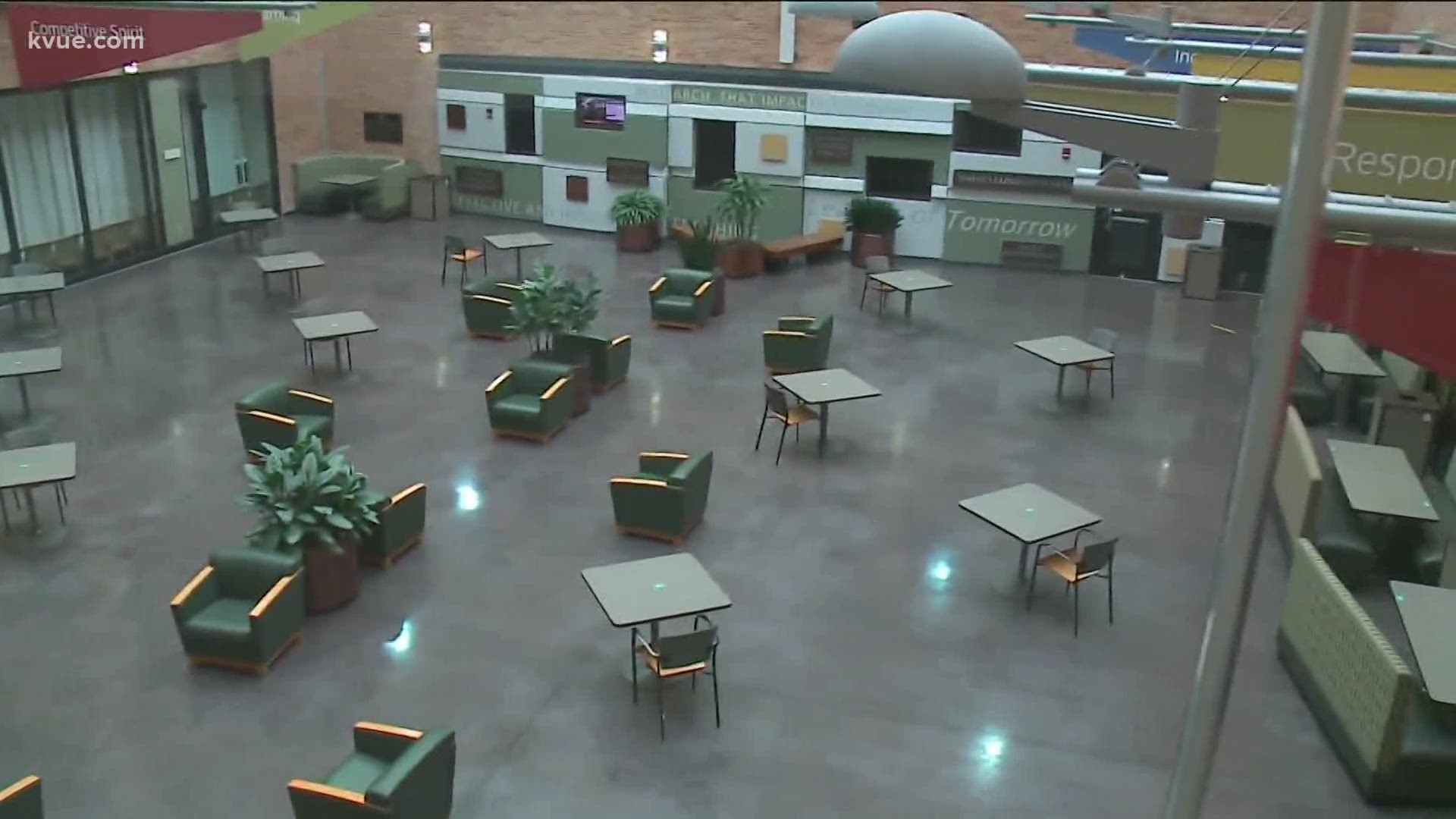 AUSTIN, Texas — The COVID-19 pandemic doesn't appear to be affecting Greek life at the University of Texas at Austin – at least not according to a video and photo making the rounds on social media.

On Monday, Catherine Weaver, an associate dean and associate professor at UT's LBJ School of Public Affairs, tweeted a photo of what appears to be a large group of sorority pledges gathered to rush on campus. None of the women appear to be wearing masks.

Photo taken by my colleague on UT’s west campus today. Sorority rush. No masks, but if you look closely they are wearing halos. pic.twitter.com/8byjbtSbOE

Ande Wall, a senior managing producer for ESPN and the Longhorn Network, also shared the same photo of the group, saying it was taken by one of her friends.

Let’s check in on how social distancing and mask wearing is going for sorority events in Austin (taken by a friend yesterday near campus). pic.twitter.com/UeHxeEyv00

An associate professor at the university also retweeted a video showing the same women gathered in a different area, with some hugging and posing for photos.

KVUE reached out to UT regarding the gathering and received the following statement:

"We expect all UT students and community members to follow social distancing protocols, wear masks as required and recognize their deep responsibility in protecting the health of the campus and the greater Austin community.

The students who were in the photo on social media put themselves and others at risk and should get tested through the university’s Proactive Community Testing program. We are reaching out to the advisors and national offices of the groups whose members were at the gathering to reinforce our expectations and will continue to look to the City of Austin to enforce its orders on public gatherings."

According to the university calendar, Sunday was Bid Day for UT. The Panhellenic website states bid days were to be streamed on YouTube, followed by a Zoom celebration – meaning virtual recruitment.

The University Panhellenic Council at UT released the following statement on Wednesday:

"We are aware of the tweet and our Executive Council has been in contact with all organizations within our community that violated their Bid Day agreements. Bid Day 2020 was held virtually, as to protect not only our members but our entire UT and Austin community. Therefore any in-person Bid Day celebrations were prohibited. Additionally, every active member and new member signed an agreement that they would comply with the law in the spirit of protecting our community, the UT community, and the greater Austin community. What transpired on 8/24 was a clear violation by new members and their families of the agreement. No in-person activities took place at chapter facilities, yet some new members chose to celebrate with family members in front of private dormitories. We are taking the appropriate action to rectify the situation."

“The students who were in the photo on social media put themselves and others at risk,” the statement said, in part,” UT stated, in part. @KVUE pic.twitter.com/qrY9VZfDJG

Suspect at large after firing at Austin police officers