Steven Weinberg has been called one of the "key architects" of one of the most successful physical theories of all time. 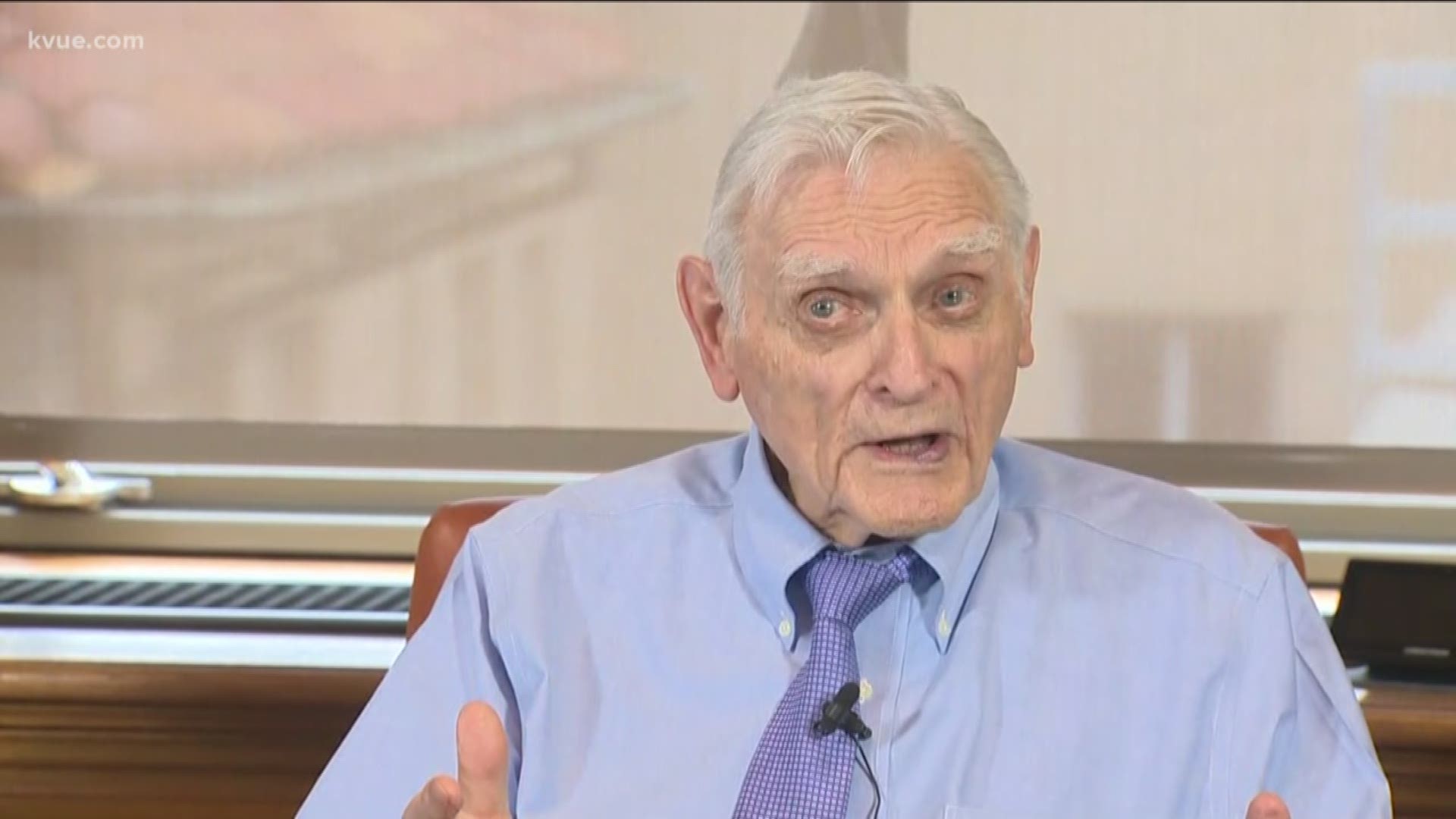 AUSTIN, Texas — Editor's note: The related video was published in October 2019 regarding another professor's award.

A University of Texas professor was honored Thursday with the largest science prize on the globe.

Steven Weinberg was selected to receive the $3 million Special Breakthrough Prize in Fundamental Physics by a Selection Committee, which commended his “continuous leadership in fundamental physics, with broad impact across particle physics, gravity and cosmology, and for communicating science to a wider audience.”

Weinberg will be recognized with the prize at a ceremony in March 2021, along with the winners of the Breakthrough Prizes in Life Sciences, Mathematics and Fundamental Physics.

“Steven Weinberg has developed many of the key theoretical tools that we use for the description of nature at a fundamental level,” said Juan Maldacena, chair of the Selection Committee.

“Steven Weinberg is one of the key architects of the Standard Model, one of the most successful physical theories ever,” added Yuri Milner, one of the founders of the Breakthrough Prizes. “He also provided deep insights across the range of subjects in fundamental physics.”

RELATED: 'One day at a time': UT Austin professor and Nobel Prize winner shares his thoughts on life and discovery

A spokesperson described his work in Symmetry Breaking and the Standard Model as follows:

"There are four known fundamental forces of nature: electromagnetism, the strong and weak nuclear forces, and gravity. Early in his career, Weinberg made important contributions to understanding the dynamics of the strong nuclear force, as well as to 'soft theorems' that describe electromagnetic and gravitational interactions with very low energy or momentum.

"But his single greatest contribution was to the genesis of the Standard Model of particle physics – the description of three of the forces (electromagnetism and the two nuclear forces) in terms of quantum field theory. In 1967, Weinberg was the first to show that the notion of spontaneous gauge symmetry breaking could be applied to the weak nuclear force. Symmetry breaking is the idea that what appear as disparate phenomena are actually manifestations of an underlying unity, which when tipped past a critical point is “broken” into a non-symmetric state. Weinberg’s theory unified the weak force with electromagnetism, showing that they are manifestations of a single phenomenon. The currently accepted hypothesis is that the 'electroweak' symmetry was broken within the first second after the big bang, after which electromagnetism and the weak force were two separate forces."

His further research, along with the help of other scientists, helped predict the masses of the W and Z bosons and eventually the Higgs particle. He also used gauge symmetry breaking to account for the masses of elementary fermions, such as electrons. This idea later extended to quarks. His success in applying nonabelian gauge theory to understand these weak interactions had a large impact in efforts to understand the strong nuclear force, and eventually to the evolution of the full Standard Model as it is used today.

Weinberg, Sheldon Glashow and Abdus Salam were all awarded the Nobel Prize in 1979.

While he is mostly known for his work involving the Standard Model, he has made other significant contributions to fundamental physics and cosmology.

He's also a published author and scientific advocate, with the following influential works that have been celebrated among notable physicists: