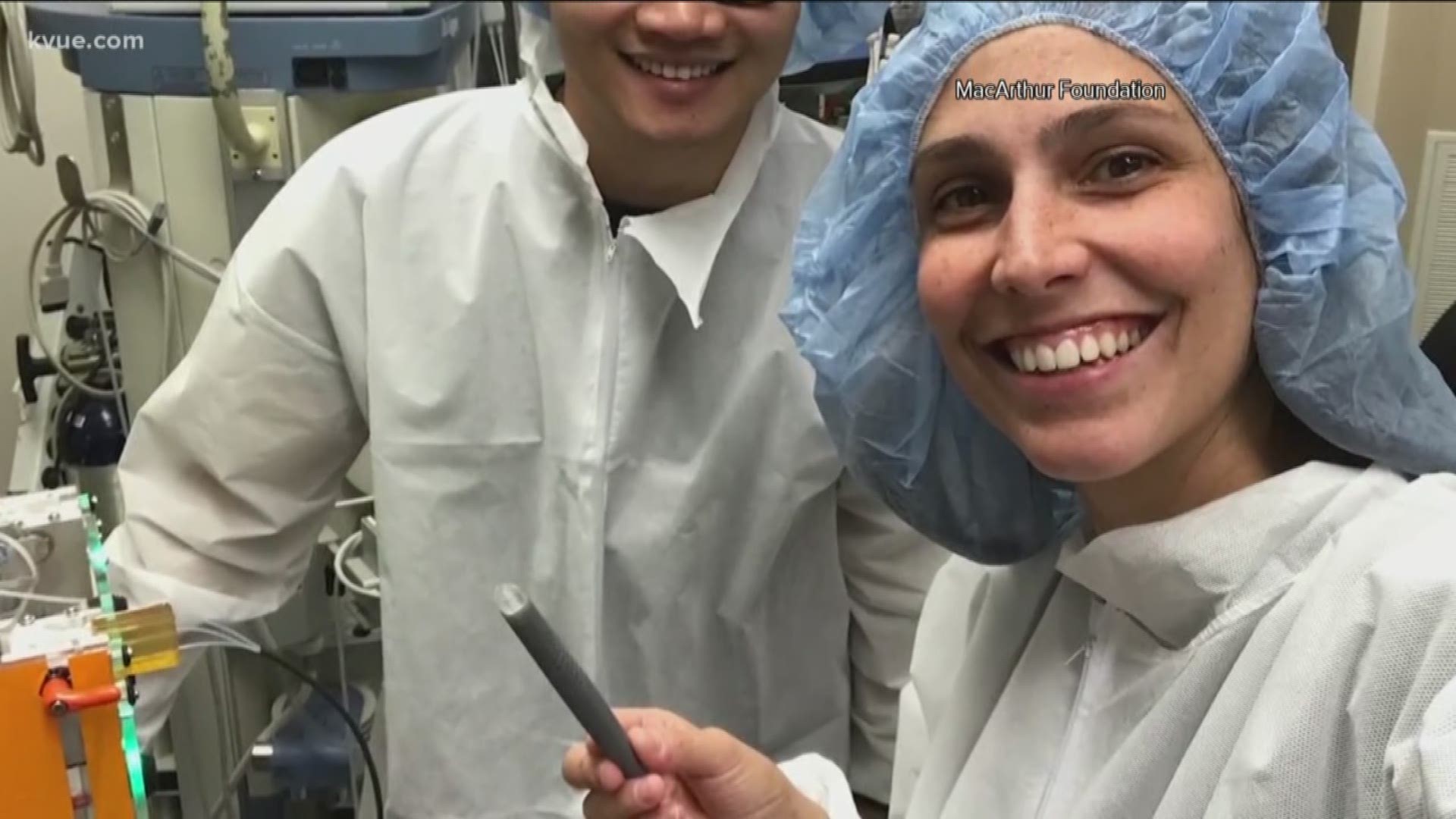 AUSTIN — Known for her work in helping create a device that helps doctors identify cancer in patients, a University of Texas chemistry professor has been awarded a prestigious MacArthur Foundation Fellowship.

Sometimes called the "genius award," Livia Schiavinato Eberlin wins a no-strings-attached, five-year fellowship, which amounts to $625,000 for each recipient.

“I feel extremely honored and humbled because this is a very special fellowship that recognizes people for their talent and creativity, not for a specific project or their past work,” Eberlin said. “They trust your work has and will continue to impact society and I am so thankful for that.”

The MacArthur Foundation chooses talented individuals every year, who they believe have exhibited originality and dedication to their creative pursuits.

“Dr. Eberlin’s research places her at the vanguard of a worldwide effort to fight cancer,” said Gregory Fenves, president of UT Austin. “Her brilliant research has resulted in new technology that can lead to more accurate diagnoses and more effective treatment for patients. As a young scientist, Dr. Eberlin has already accomplished much, and we look forward to more discoveries in her future. It’s truly an honor to have her as a member of the UT faculty.”

Using a method called mass spectrometry, Eberlin helped develop a tool called the MasSpec Pen, which enables a surgeon to rapidly differentiate cancerous tissue from healthy tissue in a surgical setting. Not only does it help doctors keep from removing unnecessary tissue, but it also helps clinicians diagnose disease and choose the most effective treatment option for patients.

“From early in her career, Dr. Eberlin has inspired a great many people through her ability to apply cutting-edge scientific thinking to real-world challenges, including explorations of safer, more effective treatment for cancer,” said Paul Goldbart, dean of the College of Natural Sciences. “We are tremendously proud of her and of the ways in which she demonstrates our campus motto: ‘What starts here changes the world.’”

Eberlin and her team have also applied mass spectrometry imaging to identify biomarkers associated with different types of cancers. The team has discovered unique fingerprint for specific types of cancers, which in turn may help provide the tools clinicians need to help them make better treatment choices.

She received a Bachelor of Science in 2007 from the Universidade Estadual de Campinas in Brazil, and a Ph.D. in 2012 from Purdue University. She was a postdoctoral fellow at Stanford University from 2012 to 2015, before joining the faculty of The University of Texas at Austin in 2016.

Eberlin is the first UT Austin staff member to receive a MacArthur fellowship this century. Six others have also received the honor:

The professor's other accomplishments include: