University of Texas officials said the project will be led by international design firm Snøhetta. 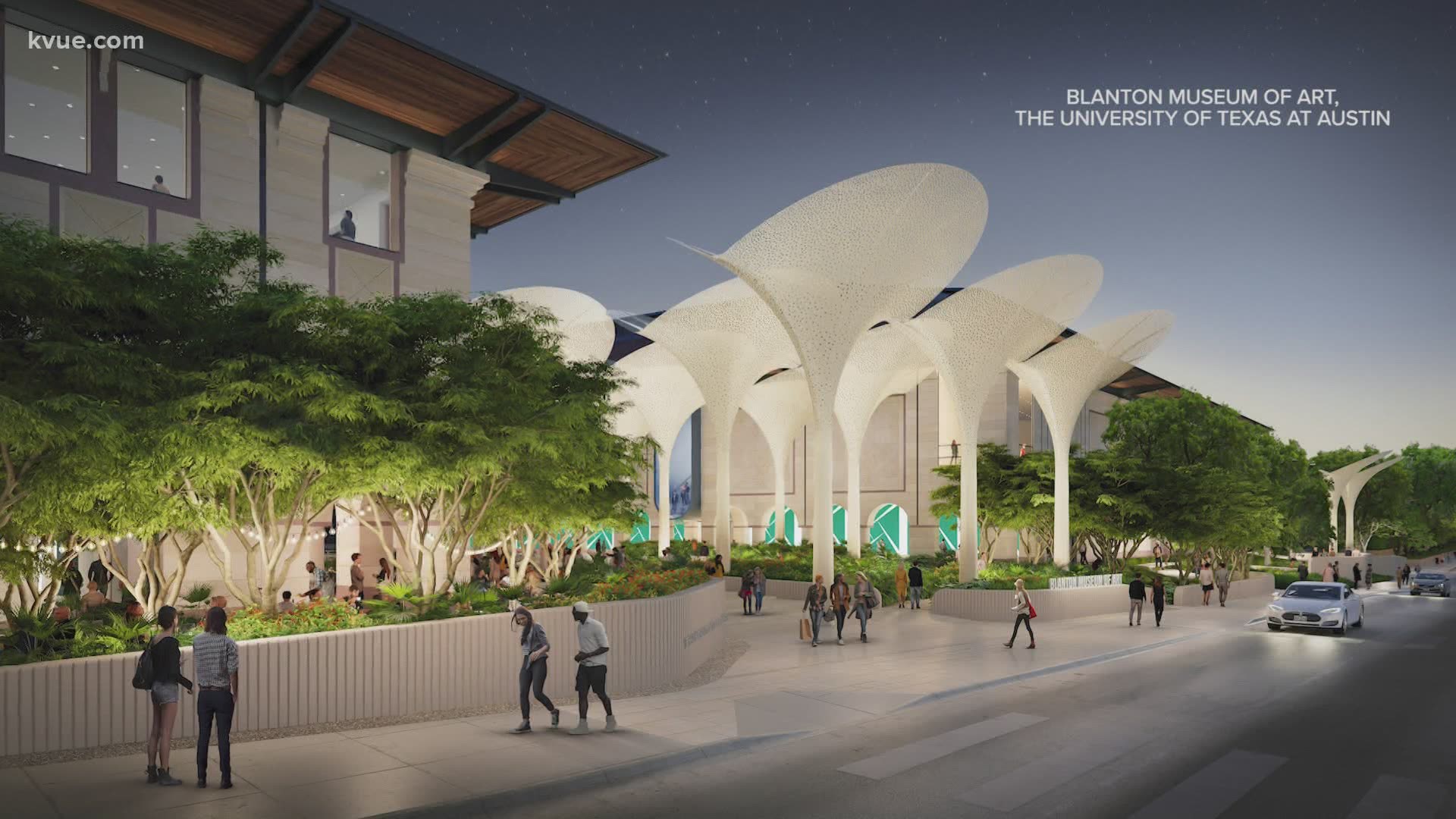 AUSTIN, Texas — The Blanton Museum of Art at The University of Texas at Austin is getting a new look soon.

University officials announced a comprehensive grounds redesign to the museum campus, which is approximately 200,000 square feet and contains two buildings.

UT said the project will be led by international design firm Snøhetta and will feature the first major public mural commission by Cuban-American artist Carmen Herrera.

“I believe that landscape has the power to transform a community, very much in the way that great art can transform our hearts and minds,” said Blanton Museum director Simone Wicha. “An undertaking of this scale would not be possible without our visionary partners, including the Snøhetta team, Carmen Herrera, the Moody Foundation and our other generous donors. The new grounds initiative will transform the Blanton, opening the museum into the city, inviting people in not just to see great art, but also to linger, gather and be inspired before and after each visit. We want to create a destination – a beloved destination – for families, students, tourists and art lovers alike.”

1 / 4
Blanton Museum of Art at the University of Texas at Austin
View from Martin Luther King, Jr. Boulevard looking north toward the Faulkner Gateway and Austinby Ellsworth Kelly, with the Edgar A. Smith Building on left and the Mari and James A. Michener Gallery Building on right. Courtesy Blanton Museum of Art, The University of Texas at Austin

The Moody Patio, a gathering space between the museum’s two main buildings, framed by 15 petal-shaped structures, is the highlighted centerpiece of the redesign.

Entrances to the two museum buildings, the Mari and James A. Michener Gallery Building and the Edgar A. Smith Building, will be marked by protruding vaults that echo the loggia arches and the curves of the shade canopy, UT said in a release. Lobbies to both buildings will also be redesigned, according to UT.

The Moody Patio was named in honor of the Moody Foundation’s $20 million gift to the museum that was announced in 2019. For a closer look at the project, visit the university's website here.