Dr. Peniel Joseph said what's happening nationally is about more than the death of George Floyd. 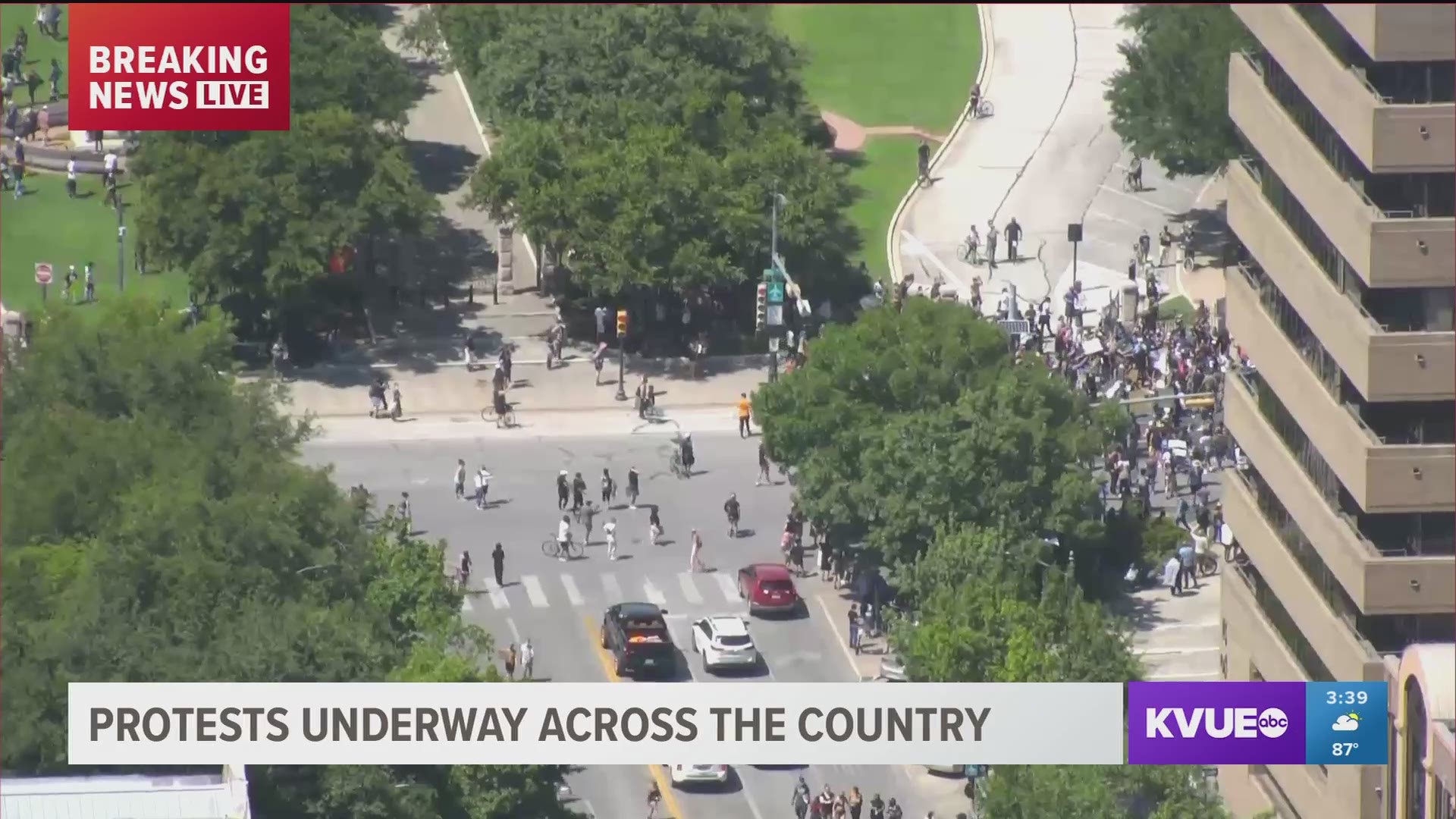 AUSTIN, Texas — On Saturday, KVUE spoke to a University of Texas at Austin professor about the ongoing protests calling for justice for the deaths of George Floyd and Michael Ramos.

Dr. Peniel Joseph with the Center for the Study of Race and Democracy said what's happening nationally is about more than the deaths of those men.

"Really talking about longstanding problems of racial injustice in the United States, and Austin is not immune to these problems. I think, amidst this tragedy – and we've seen it with the pandemic and racial disparities – we really have a generational opportunity to try to transform these inequities in the criminal justice system, but also think about racial segregation in public school, in housing, in government, in every single aspect of our lives," Dr. Joseph said.

Dr. Joseph said that most of what is being seen is people protesting against racial injustice.

"It's called Black Lives Matter, which grew out of Trayvon Martin and Eric Garner, and we think about Sandra Bland here in Texas who was on her way to her job at Prarie View A&M Corpus Cristi, not too far from here," Dr. Joseph said. "These calls are really calls for democratic transformation, and I think that when we focus on violence, it really overwhelms our understanding of the structural violence that gripped these communities."

Dr. Joseph said the violence shown at protests should not obscure why all these people around the country are gathering.

"I think that the protest should be seen as what Dr. Martin Luther King Jr. said, that rioting was the language of the unheard," Dr. Joseph said.

Dr. Joseph said that despite Austin being a liberal city, there is still racial economic segregation.

"So, we are a liberal city, but we are a liberal city that [has] stark racial demarcations between who has access and [who doesn't]," Dr. Joseph said. "We've convinced ourselves we have a national fairy tale and narrative that the civil rights movement was 100% successful."

"What we don't understand is that the link between black marginalization and white success goes hand-in-hand," Dr. Joseph continued. "We can't have one without the other. We can't have higher predominantly white schools in Austin without the low achieving, racially segregated. They're connected, and they're not an aberration. And that's what these protesters are saying. They're saying, 'Let's fix this country.'"

Dr. Joseph said that change is possible, but it will require shared sacrifice from everybody.

"It means that the status quo is not tenable. Those of us who enjoy it, whether it's racial privilege, the privilege of wealth or whatever privilege it is, we're going to have to sacrifice some aspect of that," Dr. Joseph said.

He also said that social media is able to give the public an unfiltered view of what's happening in the streets of America.