The university broke ground on the $338 million arena on Dec. 3. 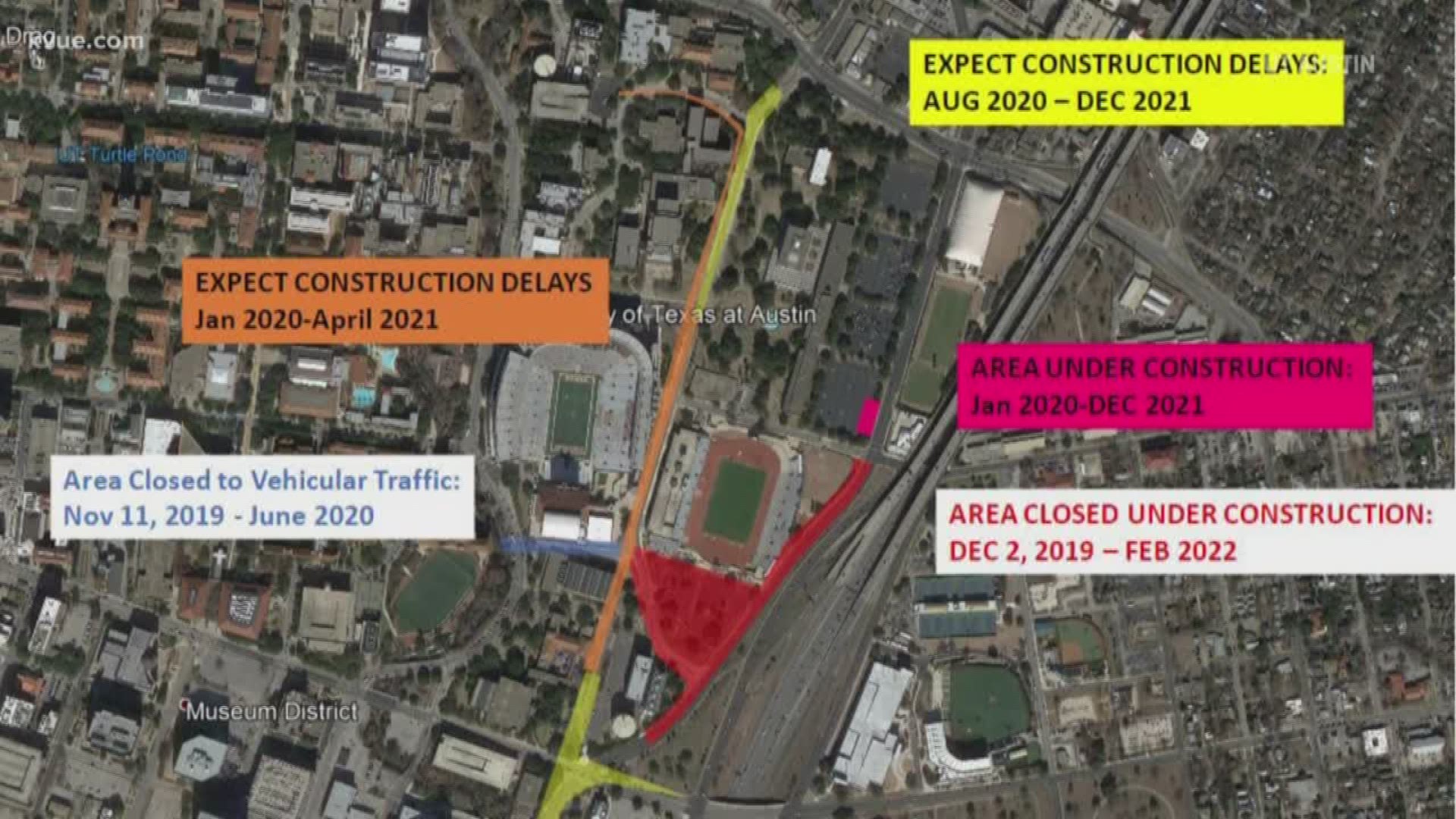 AUSTIN, Texas — The University of Texas just broke ground on their new basketball arena, the Moody Center – and as crews start construction, some roads in the area will be closed.

Starting Wednesday, Red River Street will be partially closed indefinitely but until at least January 2022, from MLK Boulevard to Clyde Littlefield Drive.

Robert Dedman Drive will be closed to through traffic until Jan. 6, from Red River to just south of the 20th Street intersection. Access to the School of Social Work and Swim Center will be via Robert Dedman. An access road to those locations is expected to be installed by Dec. 30. It will allow two-way traffic to access those buildings from Red River.

Phase one of the campus road closures started in November and will last through April 2020. This includes 20th Street being closed to all vehicle traffic.

Phase two of the closures started in December. The intersection at 20th Street and Robert Dedman will be closed and access to the Child Care Center and Texas Swim Center will be provided south of Lot 80. This access will be open through January 2022.

Access to 20th Street from San Jacinto will be reopened for vehicles in April 2020. During the closure, the pedestrian sidewalk will remain open to through pedestrian traffic. Access and exit parking to the Print Shop will be from San Jacinto.

You can find more information on the arena's realignment construction plan online.