Linda Mullenix, a UT Law professor, claims in three years she was paid about $130,000 less than a male law professor who has less experience.

AUSTIN, Texas — A law professor at the University of Texas at Austin filed a racial discrimination and retaliation lawsuit against the school on Thursday, claiming UT pays her and other female law professors less than male professors in the same department.

Linda Mullenix, who filed the suit, claims UT Austin paid her $134,499 less than Robert Bone over the last three years.

“The pay gap is sex discrimination,” the lawsuit reads.

Later in the lawsuit, Mullenix alleges she has received one of the lowest raises of any tenured faculty.

She also claims Dean Farnsworth told Mullenix he would match her pay with Professor Bone, but only if she would resign in two years. 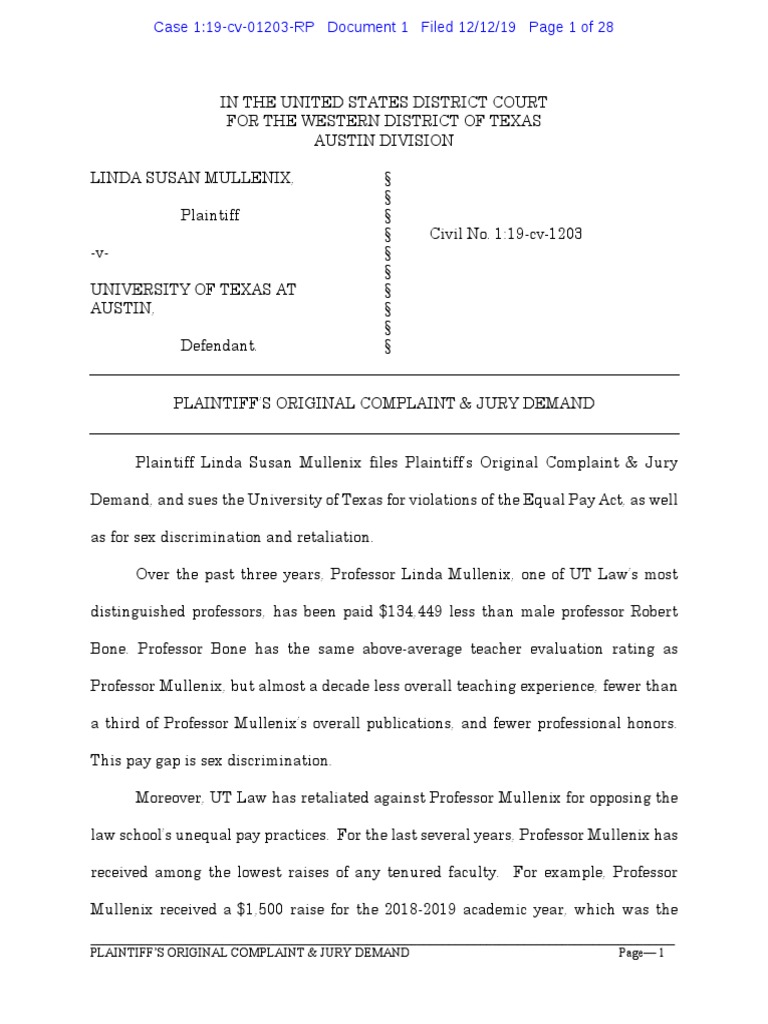 In the lawsuit, Mullenix also said the school has only assigned her to “do-nothing” committees, which have little impact on the school.

“UT Law has reason to be worried about others speaking out about unequal pay and sex discrimination,” the lawsuit reads. “For at least the last three years, UT Law has, on average, paid tenured female professors over $20,000 less than tenured male professors.”

A spokesperson for UT Austin responded to request for comment on the lawsuit, claiming the school has a commitment to equal pay.

“The law school, like the university as a whole, strongly supports equitable pay based on merit and performance, and UT has taken efforts to ensure salary equity for faculty members across campus,” UT Austin Spokesperson J.B. Bird said. “Law school faculty pay is determined by a committee review of teaching, service, and scholarship with professional criteria applied to make these determinations. The university will have additional details relevant to the case when it files a response to the lawsuit.”

According to UT Austin’s Faculty Gender Equity Report from October 2018, pay disparities between female and male faculty members have gone down in recent years.

Mullenix’s lawyers said she was not available for an interview on Friday, but she held a press conference at the law school on Monday afternoon. At the conference, Mullenix said her attempts to deal with this problem have been pushed aside.

"I have been slandered as crazy, a liar, a complainer, whiny, difficult and a well-known problem – and more," Mullenix said Monday.