Mario Villarreal is reportedly the managing director at the Salem Center for Policy at UT’s McComb’s School of Business. 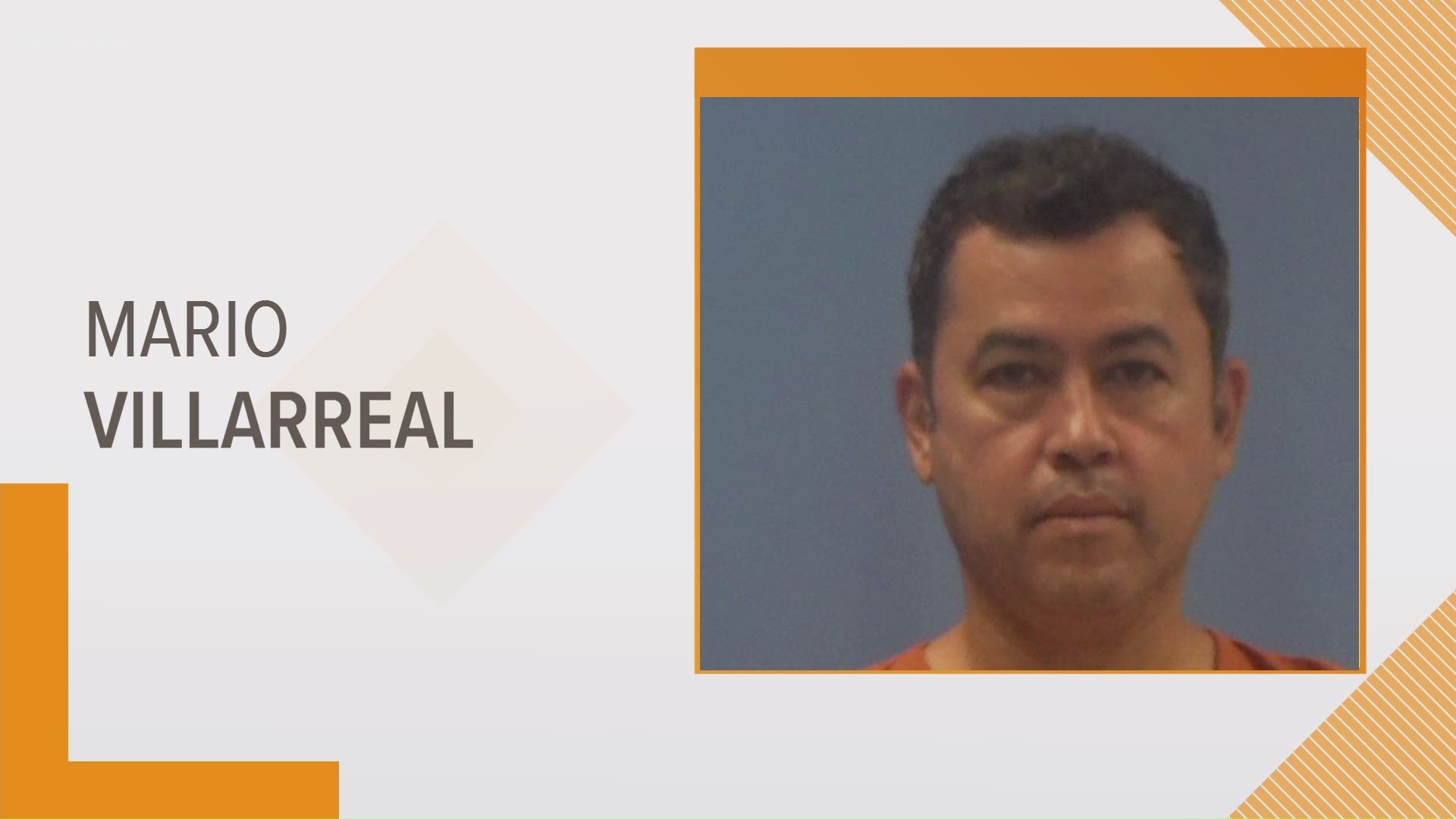 WILLIAMSON COUNTY, Texas — A University of Texas employee has been arrested and charged with five counts of child pornography, according to a report from KVUE's news partners at the Austin American-Statesman.

The report says Mario Villarreal, 49, was exchanging photos and videos with a woman in Tennessee. Police in Knoxville contacted the Texas attorney general's office on Aug. 10 saying they had found child pornography while searching a woman's house in Knoxville.

The woman reportedly told investigators she operated an online/phone sex business and that Villarreal had been exchanging child pornography with her within the past five years. Documents state investigators found messages on her phone from Villarreal in which he discussed molesting a 3-year-old girl.

The Statesman reported that Villarreal was stopped by U.S. Border Patrol on July 21 in Laredo and agents searched his cellphone, where they found payments made to the woman in Tennesee. At the time, he was reportedly released without incident after he showed agents an identification card that identified him as a faculty member at the University of Texas.

Villarreal was the managing director at the Salem Center for Policy at UT’s McComb’s School of Business.

The report states investigators searched his Round Rock home on Sept. 16 with a search warrant, where he denied having anything to do with child pornography before saying he wanted to speak to an attorney. Documents state they found 376 pictures of child pornography and several videos of men sexually assaulting young girls on Villarreal’s computer.

Villarreal was released from the Williamson County Jail on Monday after posting $250,000 bail.

A spokesperson for the University of Texas released the following statement Monday evening:

"The University of Texas at Austin learned Friday, Oct. 2, 2020, that the Criminal Investigations Division in the Office of the Texas Attorney General arrested an adjunct faculty member, Mario Villarreal, on charges related to child pornography. A managing director at the Salem Center for Policy at the McCombs School of Business, Villareal was immediately placed on investigation leave and removed from all teaching and administrative duties.

"The university performed a criminal background check when Villarreal was hired in 2019, which did not reveal any information related to prior criminal conduct or charges. The university is cooperating fully with law enforcement authorities as they investigate all matters related to the disturbing allegations raised in this case."