Austin was chosen out of a list that originally featured more than 150 cities. 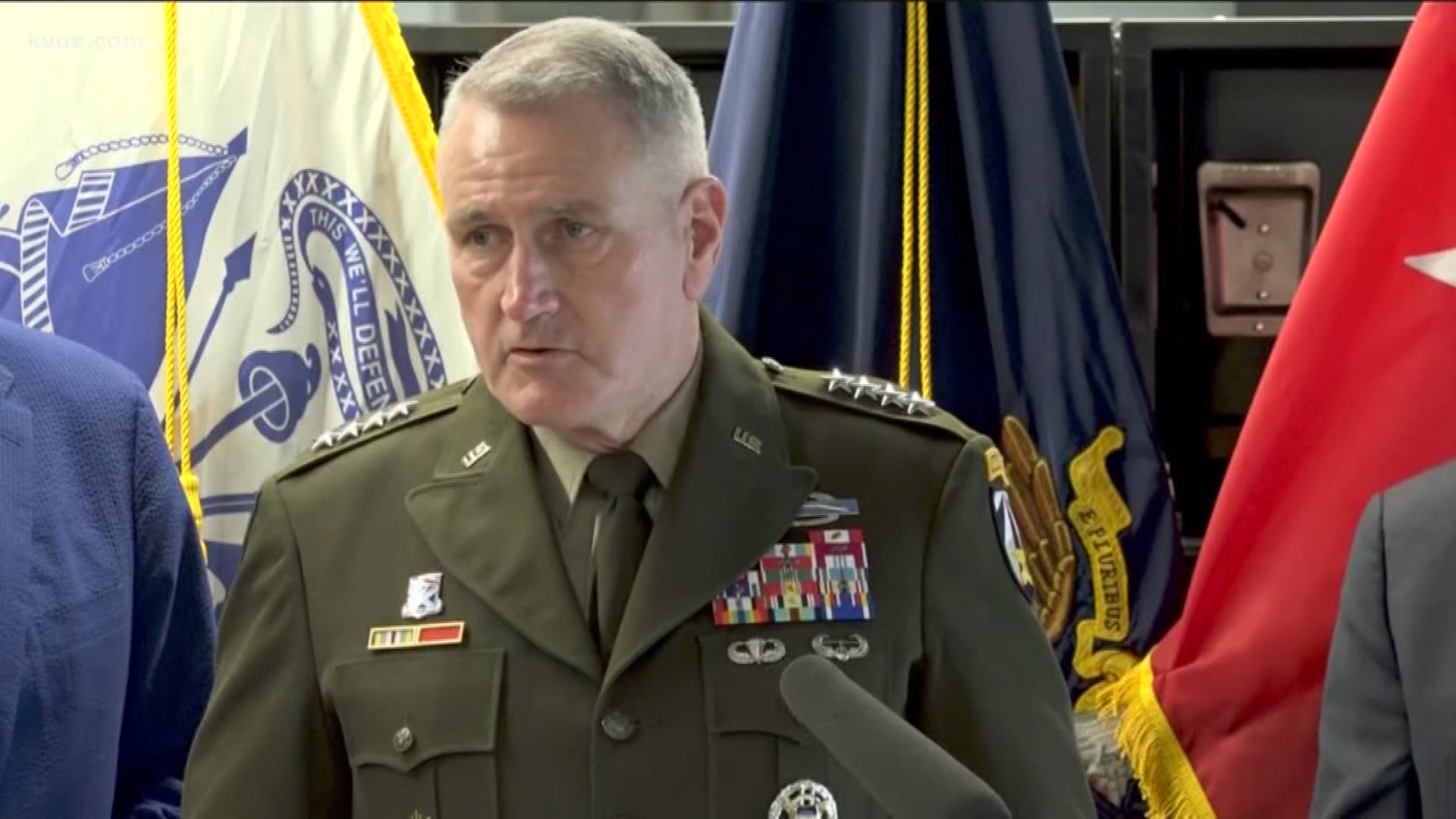 Murray emphasized having a headquarters with close proximity to innovative minds, technological entrepreneurs and higher education institutions such as UT and Texas A&M. KVUE reported in Dec. 2018 that Austin's proximity to multiple cities with higher education institutions (i.e. Rice and UH in Houston, Texas A&M in College Station, UTSA in San Antonio) played a large role.

Here's why leaders picked the City of Austin to change the future of the U.S. Army

Austin was chosen out of a list that originally featured more than 150 cities, and was eventually narrowed down to five: Austin, Texas; Boston, Massachusetts; Minneapolis, Minnesota; Philadelphia, Pennsylvania; and Raleigh, North Carolina.

Criteria for choosing the location included, but was not limited to: proximity to business and academia: density to talent; proximity to science, technology, engineering and math workers; proximity to private sector; quality of life.

"The funny thing is, if you compared those five cities for the things on the list you just said, it's kind of even-steven," Baer said. "You can argue it and debate it, but my understanding is that's what it got to. Any of these cities would have worked and it then got down to 'How did it feel'? I think what (AFC) was drawn to was the culture of Austin. We said 'How can you be part of Austin? How can we help be part of the mission?'"

Choosing Austin as the location was the first time in the Army's history to put a major headquarters in the middle of a major urban area of the United States, according to Murray.

"We knew this wouldn't work if I was in the command headquarters if it was behind the gates at Fort Hood or Fort Bragg," Murray said. "The word proximity mattered. The ability to walk out of a location and quickly bump into that innovative spirit that Austin was known for and the ability for people to get in to see us without having to go through a front gate played a part."

The modernization budget for these efforts equated to nearly $38 billion, according to Murray.