Cave was found murdered in a West Campus apartment complex, The Orange Tree, in 2005. 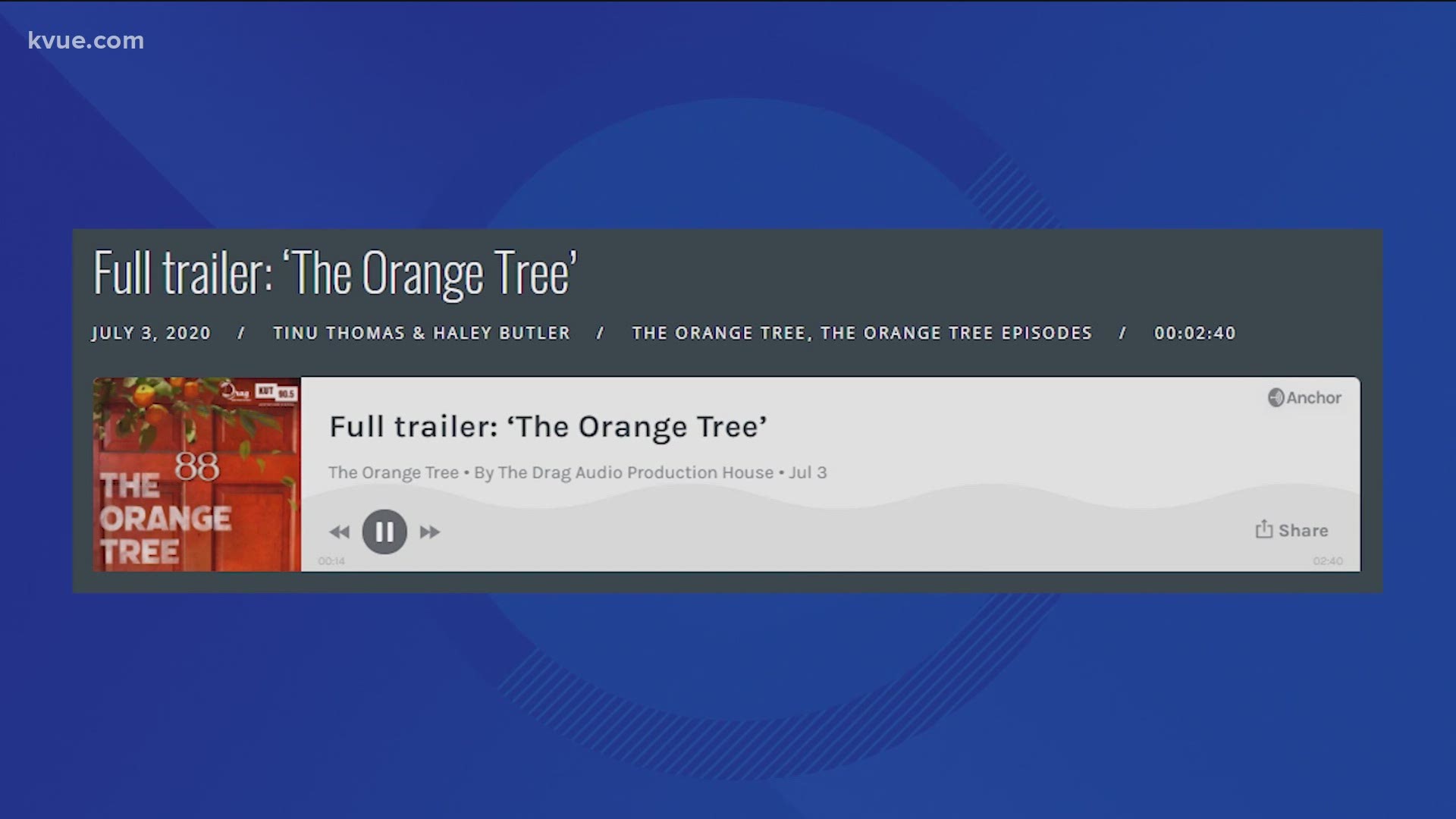 AUSTIN, Texas — Jennifer Cave was found murdered in a West Campus apartment in Austin back in August of 2005. Her friend, Colton Pitonyak, was convicted of her murder and is currently serving a prison sentence in Abilene, Texas.

The horrific story of her murder is the subject of a new podcast from The Drag Audio Production House at the University of Texas at Austin. The Orange Tree, which is the name of the complex where Cave’s body was found, is also the title of the podcast.

Haley Butler and Tinu Thomas are the hosts and directors of the podcast.

“We both wanted to pursue this long-form thing. We were both interested in the same stuff and it kind of became a friendship before it became a partnership, and that helped us stay super connected to the project the whole time,” said Thomas.

Butler added that their different strengths helped them work well together.

“Tinu is the best with lawyers and I feel like I gravitated more towards more emotional conversation, and having that two-person dynamic was incredible,” she said.

"The Orange Tree" podcast has become one of the top true crime podcasts on most streaming services including Apple, where it currently has a 5-star rating.

Thomas and Butler were both students at UT Austin when this project began. They have since graduated but are glad that their podcast has been so well received both on the UT campus and around the nation.

Butler said that having a connection to the story has helped them emphasize sensitivity when telling this difficult and complex story.

“I really do hope that it inspires other creators to take the extra time to be sensitive especially to the victim. We hope that it has the impact that it could start to shift the way that long-form, true crime narratives are told,” she said.

Now that all seven episodes have been released, Butler and Thomas are looking forward to telling more long-form stories like "The Orange Tree." They are also excited to help the next wave of journalists at The Drag. Thomas knows they can bring valuable knowledge to future storytellers.

"We're taking everything we learned from this long-form project and really just applying it to their projects as well and guiding them along the way," Thomas said.

You can find "The Orange Tree" podcast wherever you listen to your podcasts.