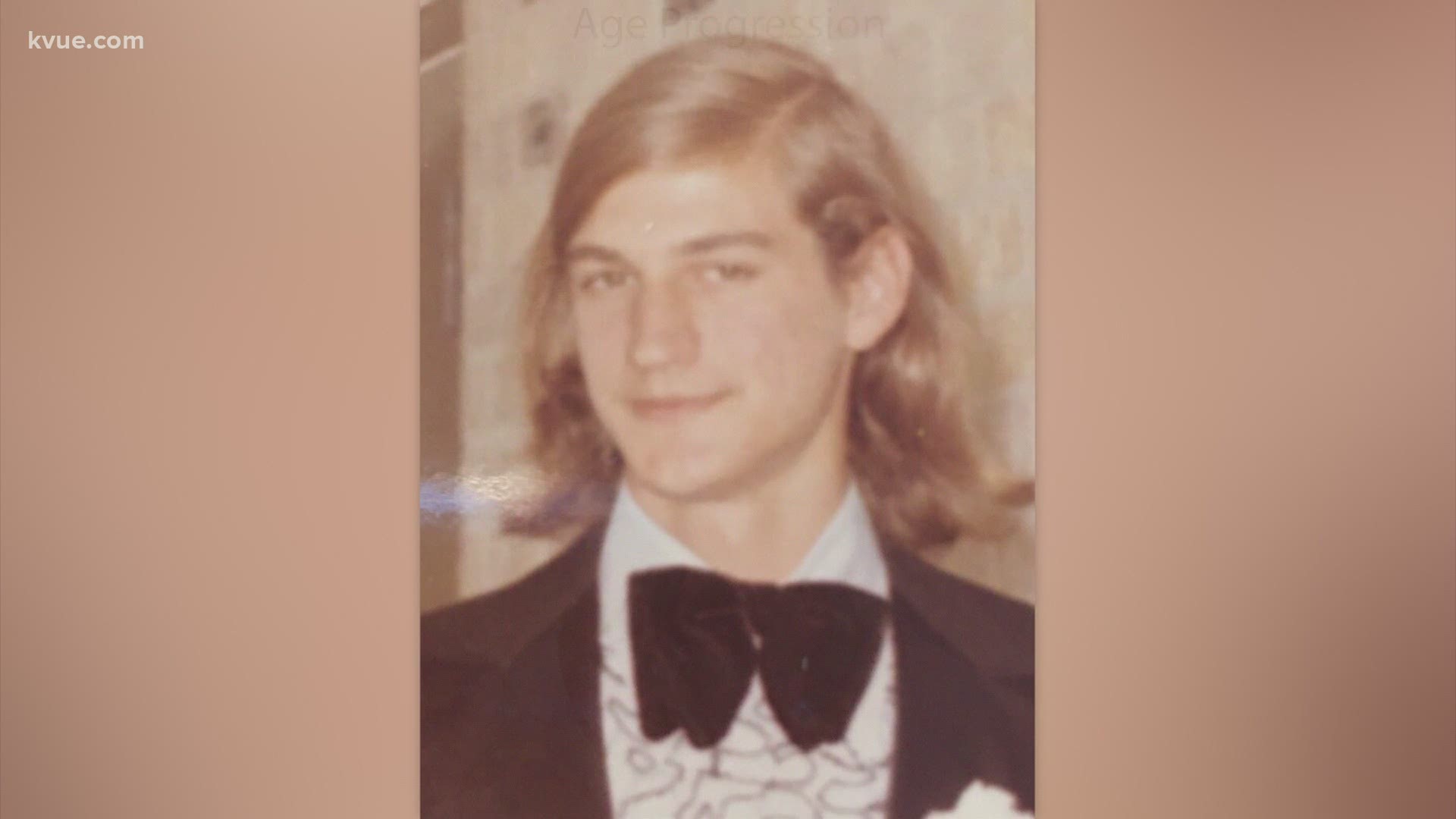 AUSTIN, Texas — The Austin Police Department is searching for a former University of Texas student who went missing about 45 years ago.

The APD said Brian Vargo had stopped attending school in March 1976 and drove to Colorado. He was 21 years old at the time.

Police said his car broke down in Colorado, and he was able to travel to Houston to pick up his car title. On an unknown day and time, his mom dropped him off at a bus station in Houston, where it was believed he was going back to his Austin apartment.

His family later found out that he never arrived at his apartment located at 1201 Tinnin Ford Road near Lakeshore Boulevard in East Austin. When his family went to check out Vargo's apartment, they found his wallet inside, but no trace of the 21-year-old.

He is described as 6 foot, 150 pounds with brown hair and hazel eyes. Using a picture of Vargo from 1976, police have created an image that shows what he might look like now: