One thing is for sure: It was not named because of the Texas Aggies. 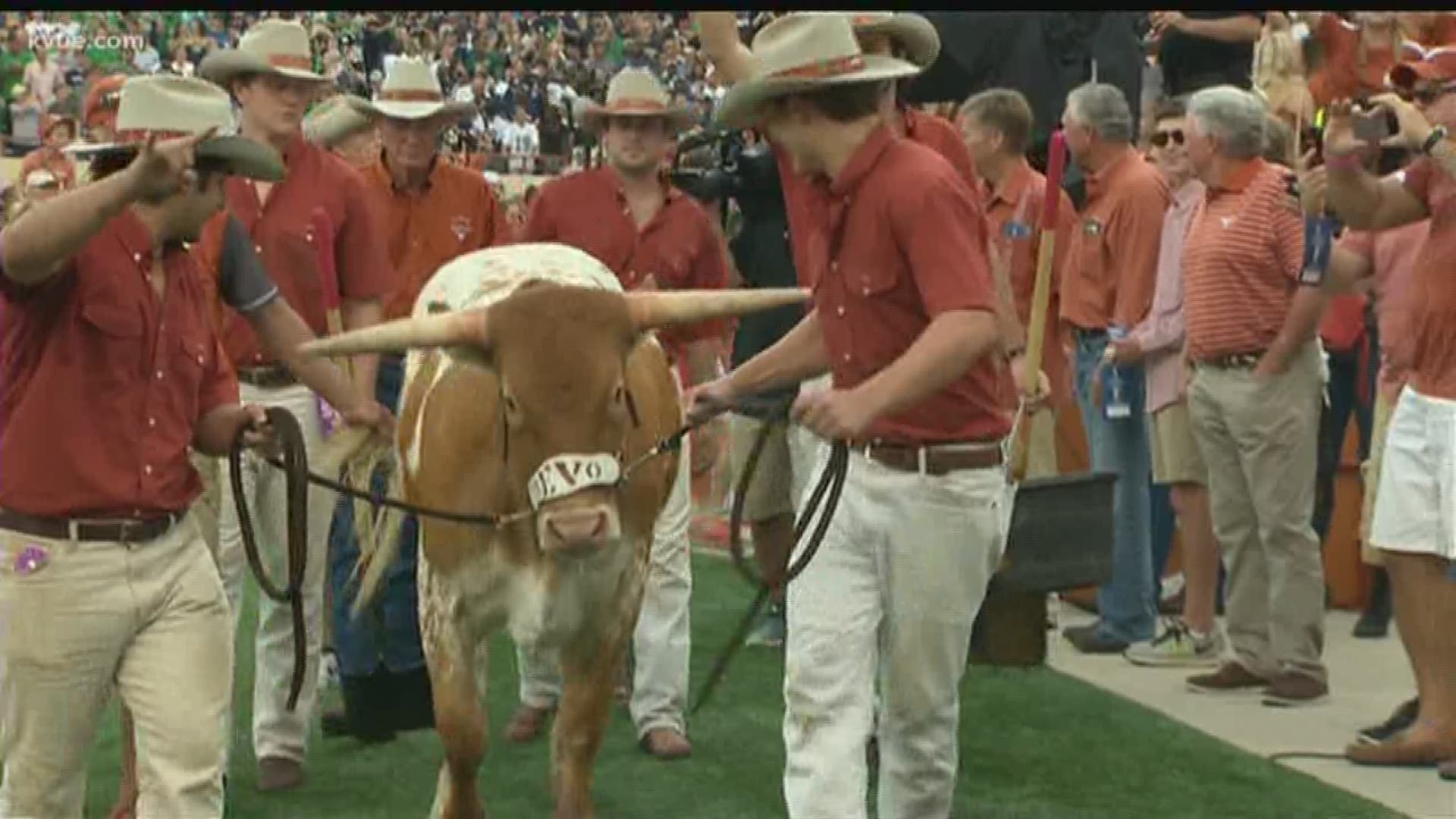 AUSTIN, Texas — It's one of the best-known stories for any Longhorn fan: How beloved Bevo got his name.

According to the Texas Exes, the tale is this: Texas Aggie pranksters branded the longhorn with "13-0," the score of a football game between the teams. Then, Texas fans fixed the 13 to read "B," made the dash an "E" and added a "V," spelling out Bevo.

Wrong. That's not how the beloved Longhorn got its name.

The mascot was first named Bevo by a journalist.

In 1916, Texas was playing A&M again and the game was tied. At halftime, for the first time ever, a live Longhorn was brought on the field. The Longhorns won that game 21-7.

The editor of a magazine simply stated "His name is Bevo. Long may he reign!"

There are a lot of stories surrounding how he came up with Bevo – one even about a non-alcoholic beer. Keep in mind, this was during the prohibition era. It was called "Pivo."

Some said it was a play on words, but this beer was almost non-existent in Texas at this point.

RELATED: How an Austin-area family became the owners of UT mascot Bevo

Perhaps a more realistic possibility is that during this time, adding an "O" at the end of someone's name was popular, and "beeve" is the plural term for "beef." So, hear me out. "Beeve" becomes "Bevo." That's more believable than the alcoholic beer theory!

While we're unsure about how the editor locked in on Bevo, one thing's for sure: It was not named because of the Texas Aggies.