Dobie Twenty21 is a private dorm on the UT campus with a modern look and feel for students. 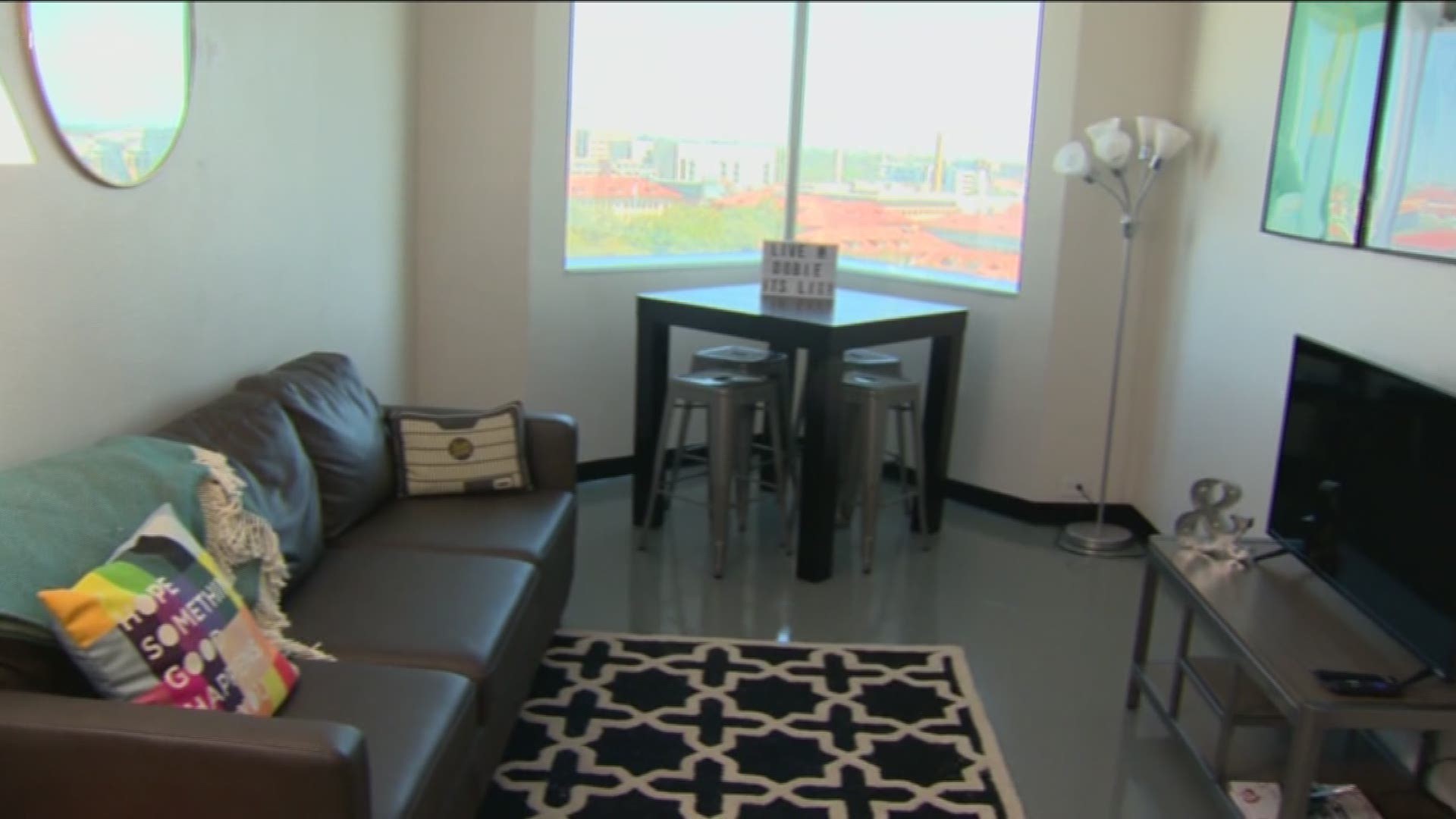 AUSTIN, Texas — Those working with Dobie Twenty21 say it's the only private dorm that is part of the University of Texas campus.

"Dobi was actually built in 1972, and it has a huge legacy here at UT Austin," said Ashley Holloway, the executive director. "It’s been home to Michael Dell, and Matthew McConaughey actually worked in a theater on the first floor while he was in school."

RELATED: A "Strong" message that UT dorms are cool

Holloway said the 27-story tower has two floors of shopping and is comprised of suites and studios, with 13 different floor plans.

She said, because of fair housing laws, the building is open to everyone, not just students.

"We actually currently have a Texas congress person that lives here when he’s coming in and out of Austin to do his stuff downtown," Holloway said.

She noted that it's a popular spot for students since it's across the street from campus.

"We’re literally 21 steps away from campus," said Holloway. "There’s a crosswalk right outside, so if you walk across 21st Street, you’re right there.”

Holloway explained the tower is going through renovations to accommodate students.

"We’ve felt pressure to accommodate the growth," said Holloway. "The building itself is designed to allow 979 people to live here so we’re constantly kind of making efforts to ensure that we’re providing a service that both students and parents alike would want."

For more information on the high rise, click here.