Robots are meant to make our jobs easier, but there are many questions about how we are supposed to interact with robots and how they will interact with us. Thanks to the work from some aspiring mechanical engineers at the University of Texas, they are making breakthroughs that could soon be implemented for companies, agencies and even in our every day lives. 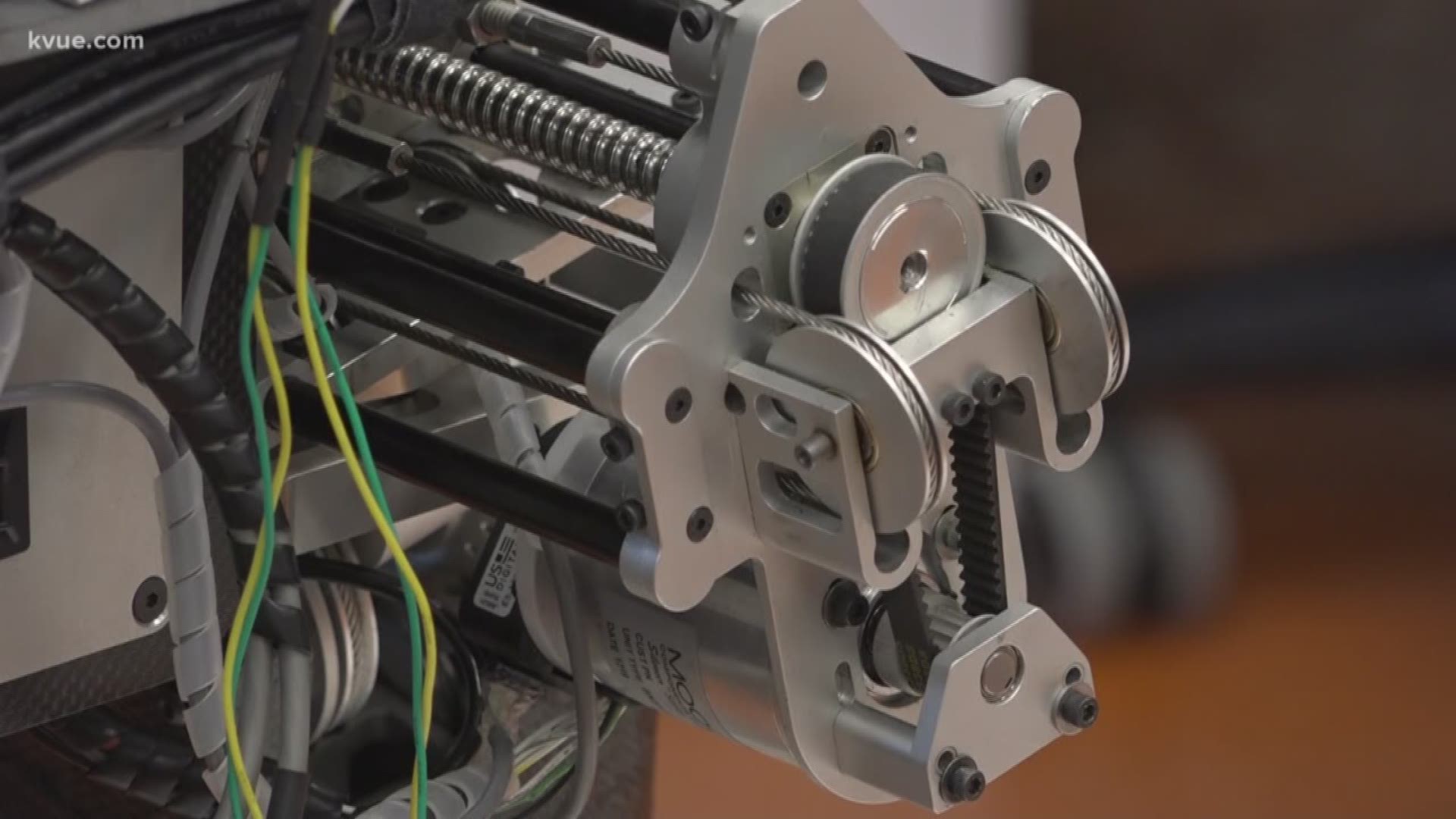 AUSTIN — Robots are meant to make our jobs easier, but there are many questions about how we are supposed to interact with robots and how they will interact with us. Thanks to the work from some aspiring mechanical engineers at the University of Texas at Austin, they are making breakthroughs that could soon be implemented for companies, agencies and even in our everyday lives.

The Robotics Department at the University of Texas is made up of a lot of different professors, students and departments working in many different fields. Luis Sentis is an associate professor in aerospace engineering and started teaching at UT in 2010. While he first began in chemical engineering, Sentis now is branching out by working with robots and what can be done in outer space.

"We have an excellent atmosphere for creating companies and doing the transfer of technology from the university to the commercial world," Sentis said. "We are working on the process of designing and embodying systems that would ultimately be able to be nimble, piratical and productive in our lives."

One of the devices his students are working on is a robot that will react when a someone touches it by going in the opposite direction of that contact. Mechanical engineering student Rachel Schlossman said the purpose of this robot and the research behind it is to establish safety features in robots for protection from contact.

"Once robots are among people operating and helping them, collisions are essentially unavoidable," Schlossman said. "We want to figure out how to minimize the risk to both the robot and to the person."

If people are going to be around robots in the near future, these machines also will need to know how to interact with people. This group also has a humanoid robot that can shake people's hands, move its head and interact with humans. Gray Thomas is getting his PhD in mechanical engineering, and said we should expect to start seeing robots around us.

"We're moving steadily from big, heavy robots to soft robots that are safe to use around people," Thomas said. "We're trying to do kind of some borderline psychology studies with the head and the eye motion here."

The group's product with the biggest potential might just be one known as Mercury. This robot looks like the lower half of a human body, in mechanical form. Donghyun Kim is a part of Sentis' program and said the pair of legs is an exciting project to work on.

"Basically, it has the function of the human leg," Kim said. "One location stepping motion."

While its function may be simple, its long-term use could be life-changing for some. Sentis said we are going to need to start focusing on the "life after mobility." As medicine and health technology continues to advances through the decades, people are going to start living longer than what we expect. Many will need help moving in these later years when our limbs might be failing us while we still are well alive.

"We're going to have a lot of people unable to move the same ways that they did in their young years, and those people need support for mobility," Sentis said.

"They could help with the maintenance of city environments' infrastructure," Sentis said.

Beyond the technical parts of these devices, Sentis said his favorite part his job is motivating his students to discover their passions and pursue them.

"The process here is completely different," Sentis said. "It's much more creative. It gives you that ability to use your mind in all these possible ways."

These students have goals but not stringent guidelines. It's a mindset that attracted Thomas to pursue his PhD with Sentis leading the way.

"He leaves the students a lot of freedom and is totally willing to talk about abstract philosophical questions," Thomas said.

Not only was Thomas able to pursue his passions, he was able to drive over to Houston and use some of his research in unison with NASA.

"That just worked out perfectly," Thomas said. "Things are similar there, too. At NASA, I use NASA hardware and here, I just use Luis' hardware from the lab."

It all worked out for Thomas, but it was planned by Sentis, who hopes to see his students become more than just engineers.

Along with NASA, Sentis' team has worked with the Navy and started helping their leaders improve their vessels they deploy out into the water.

To check out Part 1 of this series, you can click here.

To check out Part 2 of this series, you can click here.