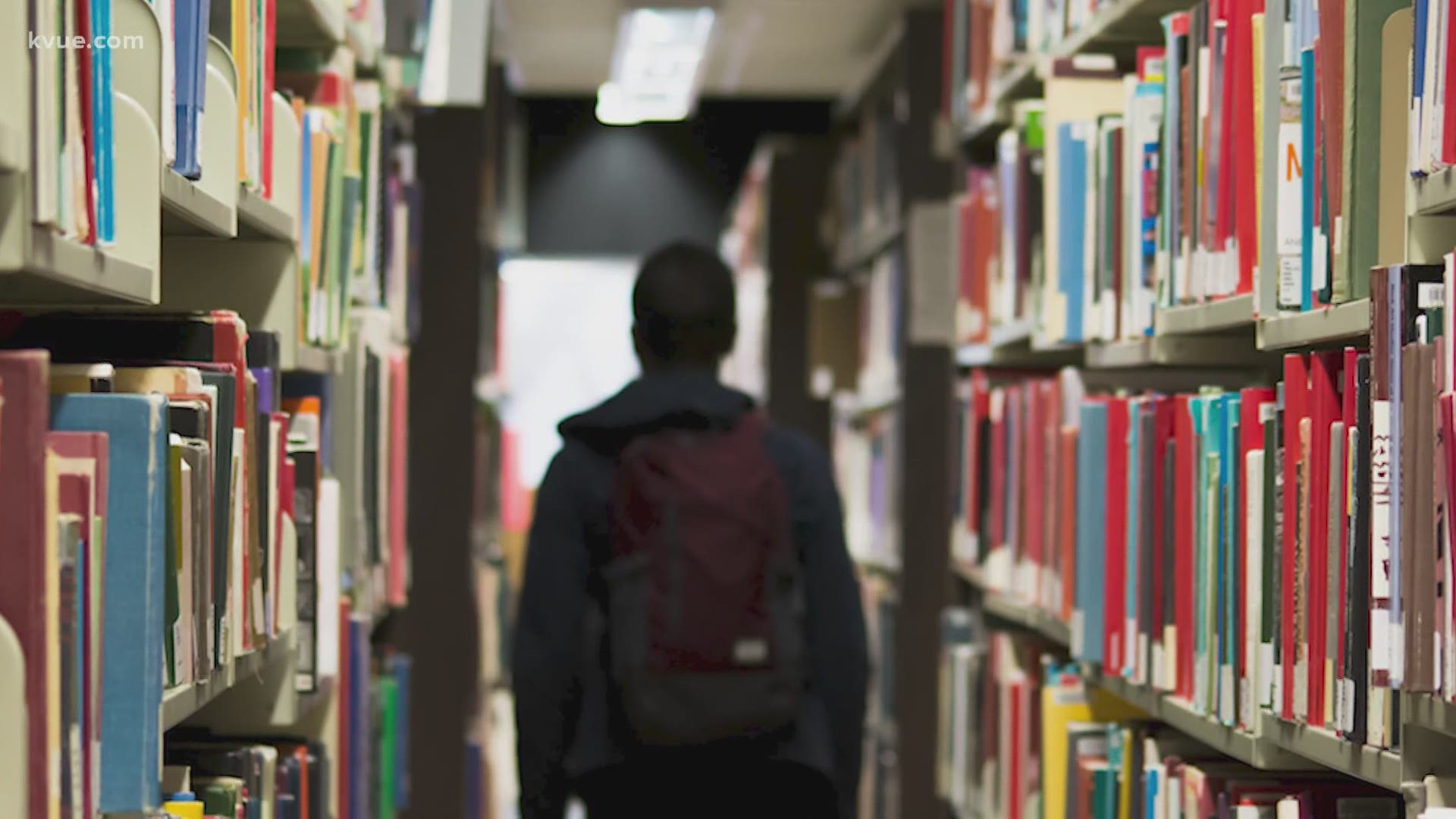 AUSTIN, Texas — School funding has been at the center of the COVID-19 education conversation, and state representative and previous AISD Board of Trustees President Gina Hinojosa is now trying to make sure it's easier for schools to get the money they need.

Hinojosa recently filed House Bill 1246 to fund schools based on enrollment not attendance.

"I know so many of our teachers and educators and superintendents are focused on the daily challenges of putting the fires out with education in the pandemic," Hinojosa said. "Universally, I heard this desire to have our schools based on enrollment rather than on attendance."

Many Texas students were missing from attendance books this year, with the COVID-19 pandemic possibly pushing parents to keep kids out of school altogether. It caused major financial issues for school districts because a major part of funding depends on student attendance and enrollment.

I filed HB1246 to fund schools based on enrollment not attendance because:

Schools should not be penalized for serving kids in poverty. https://t.co/JAmK1YSkqq

"Funding isn't about the dollars. The funding is about the positions that they represent. It is about jobs. We're 5,000 students short of our generated revenue for this year's budget that we will have to reconcile in the spring," AISD Superintendent Dr. Stephanie Elizalde told KVUE earlier this month.

Hinojosa said the funding bill would help Texas school districts in many ways.

"That's how our districts plan for the year. They plan their budgets based on who's enrolled because they have to serve these kids, whenever they show up. They're responsible for serving these kids. They're responsible for paying the teachers to serve these kids, for all the other expenses that are associated with school," Hinojosa said. "Secondly, it's a big equity issue. We see in the data that the schools that are most challenged with attendance are the schools where there's a greater concentration of poverty. We should not penalize these schools because they serve kids in poverty."

Hinojosa said the traditional way of learning is outdated and it doesn't serve the reality of new teaching models, such as blended learning and project-based learning. She believes if the bill turns into law, it could help keep teachers paid, regardless of attendance.

Texas school leaders have been working constantly with health officials since March 2020 to figure out if going inside school buildings is actually safe, but the State has most of the control. The Texas Education Agency makes it mandatory for Texas school districts to keep buildings open for students who don't have access to the internet.

"Our school districts had to choose between doing what was recommended by the public health authority versus funding," said Hinojosa, who thinks this is a big problem.

"It's a policy issue: should we be paying for students that aren't attending school?" asked Sheryl Pace, a senior analyst at the Texas Taxpayers and Research Association. "Because not every student that's enrolled in the district attends school every day."

Pace said it would be a difficult bill to pass because, if it does pass, the State could lose a ton of money.

"That's usually a 3% differential. You'd be funding for about 3% more students statewide in every school district," Pace said.

Pace said this impacts everyone because school funding, except for the federal amount, is 100% paid by taxpayers.

That's why Hinojosa hopes taxpayers realize how important this is for Texas students.

"Schools already have the incentive to bring kids into the classroom because they know at the end of it, they're going to be held accountable for that kid's learning. On top of that, I find that teachers – for all that they have to do, all the work they have to do, for really what is most of the time insufficient compensation – they just want what's best for kids. So, their motivation is already there. That's why they were drawn to this profession," Hinojosa said. "And so, the goodwill of educators also is part of that. But ultimately, that aside, there is an incentive from the State to make sure there's kids in the classroom and that's our accountability system."

In this KVUE article, you can read more about how low enrollment impacts school districts.