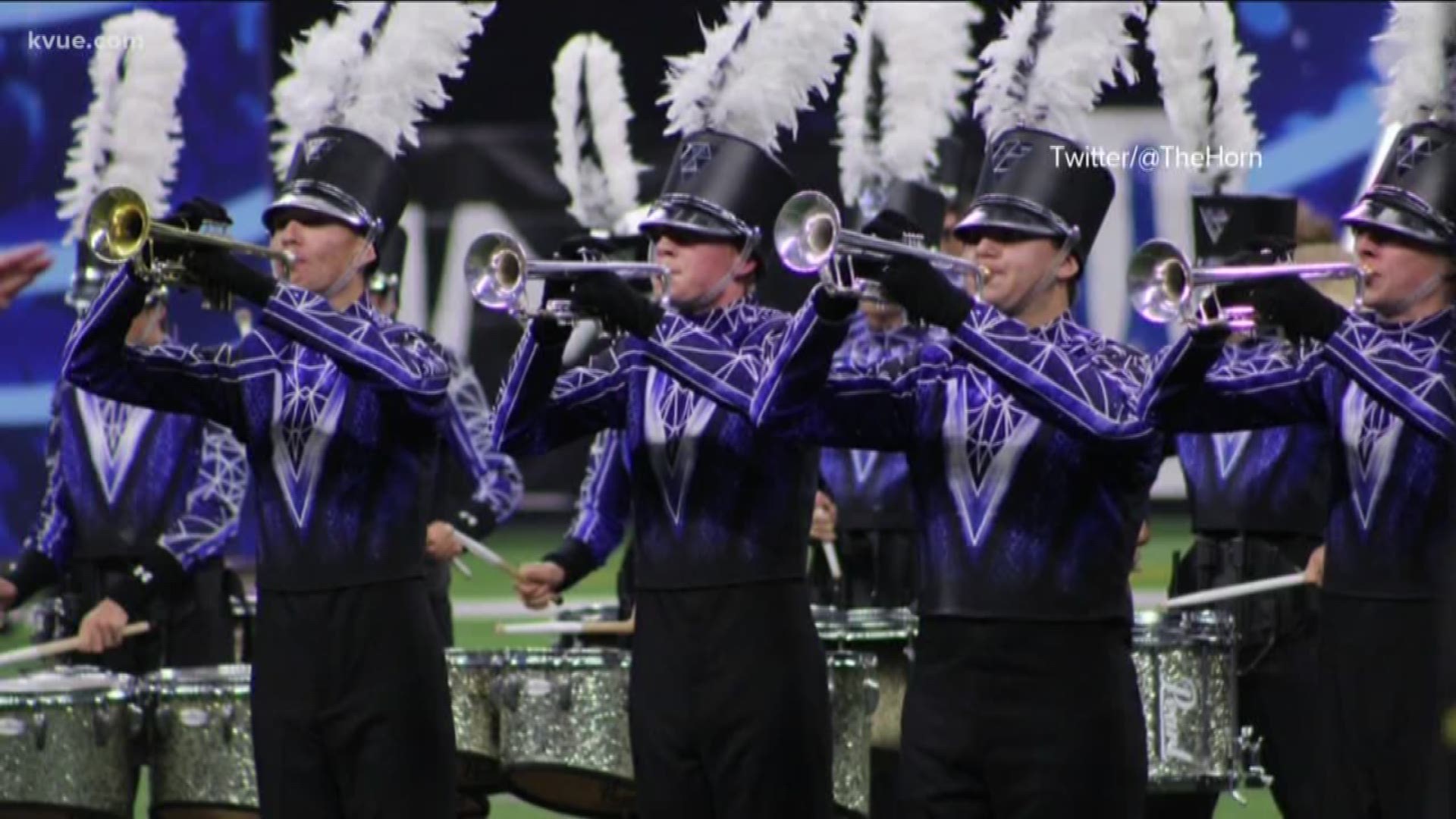 LEANDER, Texas — Congratulations are in order for a Central Texas band that won big over the weekend.

The Vandegrift High School band won first place at the Bands of America Grand National Championship in Indiana on Saturday. The band topped the scoreboard with a 97.175 score. The second-place band from Indiana received a 96.7 score.

The Vandegrift Vipers shared the news of the big win on Facebook Sunday evening, writing, "This is simply amazing! Our band rocks!"

Vandegrift Vipers
This is simply AMAZING! Our band ROCKS!

Have you seen this missing Killen Teen? Police search for Sherri Barnes