Several students stayed home from school Thursday after hearing of a threat of someone bringing a gun to school. 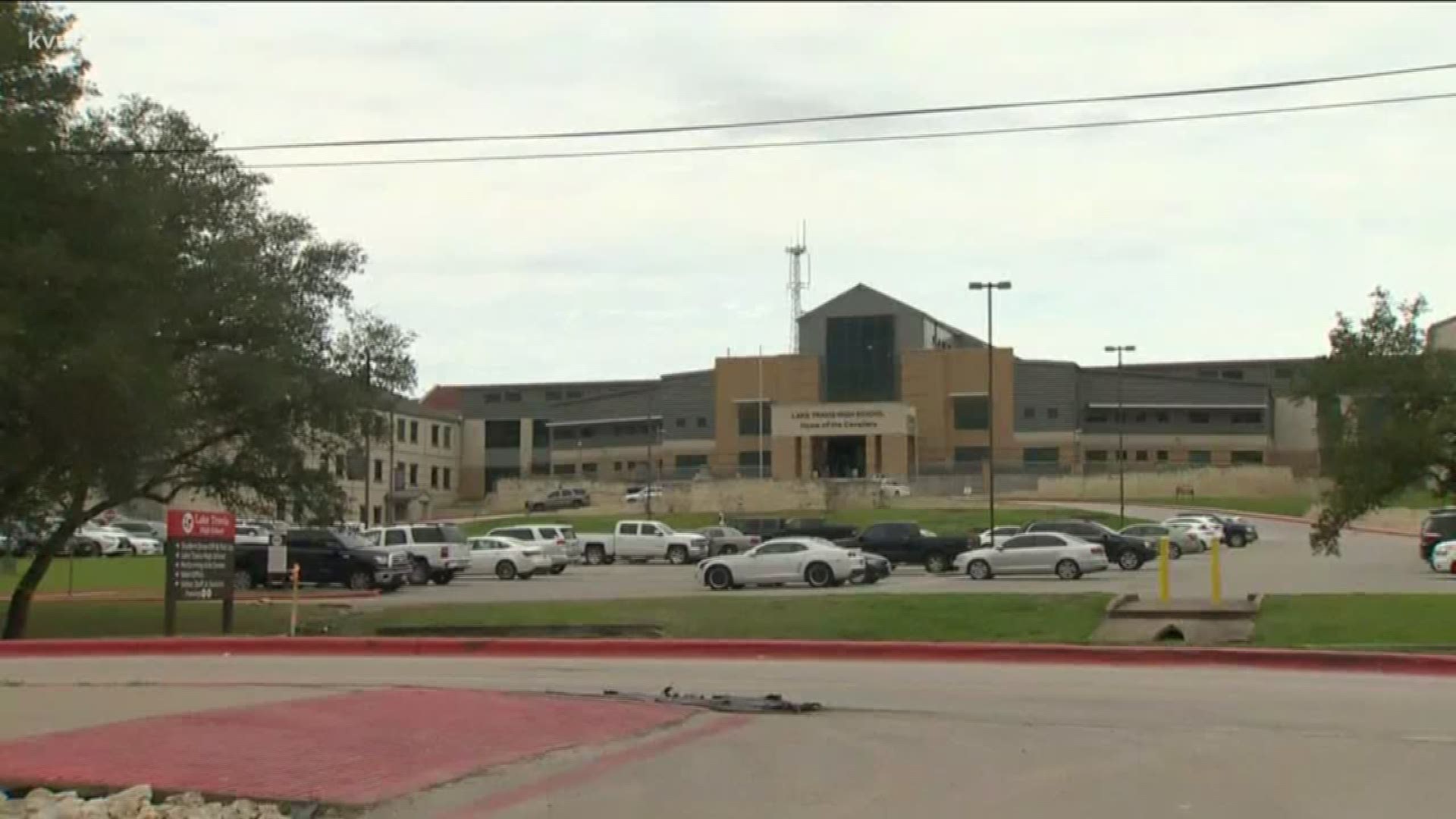 AUSTIN, Texas — There was a big scare at Lake Travis High School Thursday after rumors that someone would bring a gun to school started circling late Wednesday night.

According to the principal, they got more than 80 calls on their tip line in less than 24 hours.

A lot of kids stayed home from school, and law enforcement greeted the ones who did go.

Ultimately, law enforcement decided the threat was just a rumor. They didn't find any weapons, didn't arrest anyone and felt the school was safe.

Here's part of the email from the principal to parents:

"Contrary to student conversations and social media activity, no weapons have been recovered, no arrests have been made, and at no time was our campus placed on lock down. After our investigation, we found that no direct threats were ever made against our campus. As previously mentioned, we take these matters seriously and will continue to investigate all tips and any information we receive."

"A kid is threatening to shoot up the school tomorrow" read one of the posts.

"I don't know what rumor is true anymore, so I've heard that two guns were found and that they got arrested" stated another post.

Teachers told parents they would lock their doors, law enforcement greeted students at school and many kids either didn't go or left early.

In Wofford's first class, she said half of the students were there that should have been.

Her mom eventually picked her up.

He debated whether to send them today or not.

"Its really hard because you don't want -- you don't necessarily want to give in to some of the threats, and the fear that they're trying to implore. But, you also don't want to take it and assume there's nothing substantial behind it," Donovan said.

As a parent, he called the threat concerning.

"You find yourself having some very odd conversations with your children about what they have to plan for and what to do," Donovan said.

It's something Wofford said she has thought about too.

"I'm like, if someone were to come into the school like, what would I do? What would -- where would I go? Would I stay in the class? Would I run?" Wofford said.

They said a lot of their focus is on prevention, making sure districts have a plan, including behavioral threat assessments to recognize early warning signs.

Earlier this week at Lake Travis, a student allegedly punched a teacher. The principal said in his email to parents that these two incidents are not related.

"The TEA shares the mission of both Governor Abbott and members of the legislature of ensuring Texas public schools are made safer, which is why one of only two exceptional items submitted to the legislature for consideration during this session relates to funding for school safety. As part of this request, we have identified six full time positions at TEA and 20 at Regional Education Service Centers to be dedicated to school safety measures.”