A bill has been filed in the Texas House to reinstate the rivalry game between University of Texas and Texas A&M University. 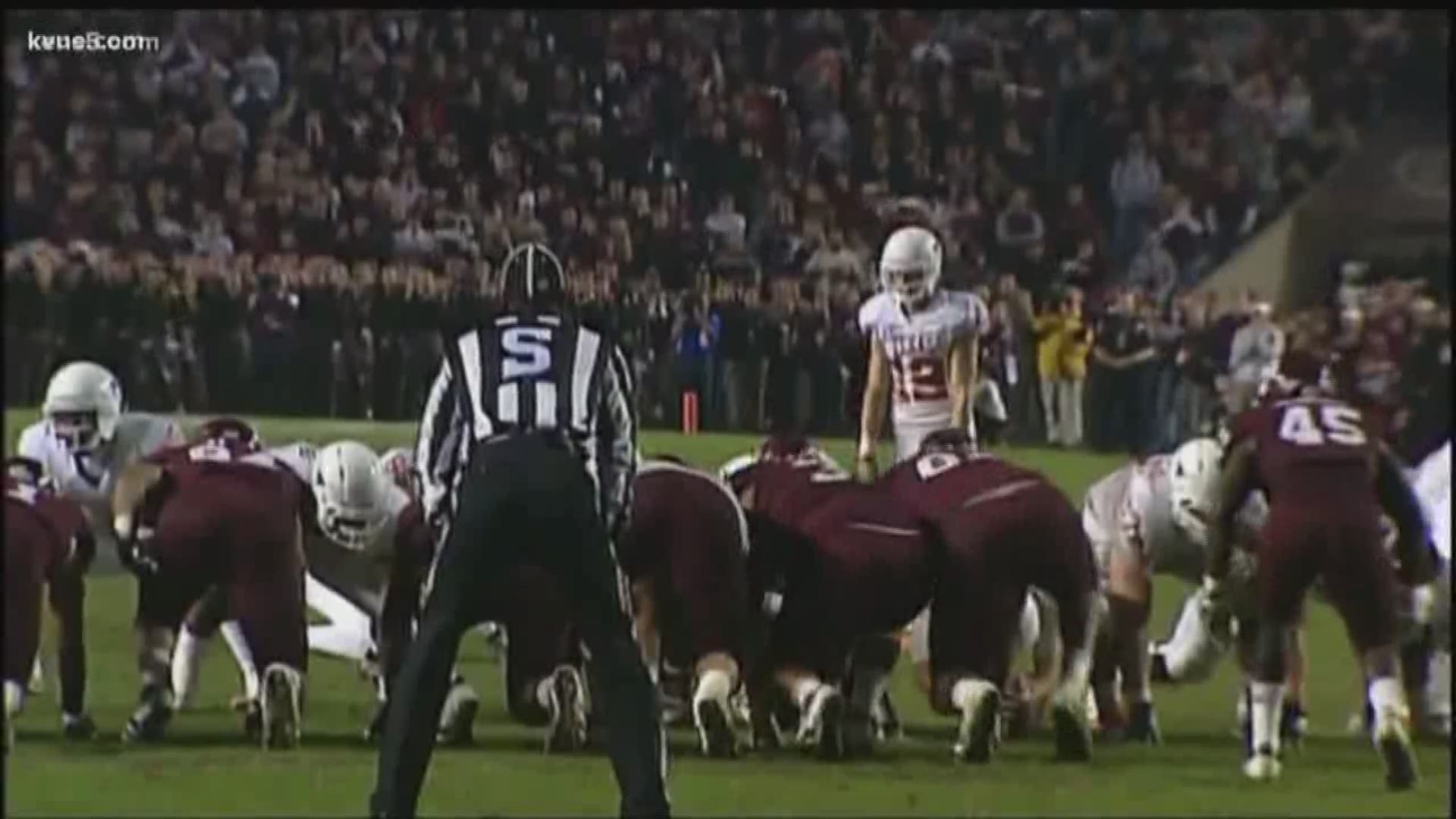 AUSTIN, Texas — During his State of the State address, Texas Gov. Greg Abbott said he is "working" with a state representative to reinstate the rivalry game between the Texas A&M University and the University of Texas.

The Austin American-Statesman previously reported that the universities' presidents said they want to renew their football rivalry.

On Feb. 5, during his State of the State, Abbott said he is working with State Rep. Lyle Larson who filed a bill in the Texas House.

"I am working with Larson to reinstate the rivalry game between the Aggies and the Longhorns," Abbott said.

Larson's staff said Nov. 27, 2018 that his decision to file House Bill 412 was made "after another Thanksgiving void of one of the most historic collegiate football rivalries."