Stony Point High School is the first school to close in Round Rock ISD because of coronavirus cases. 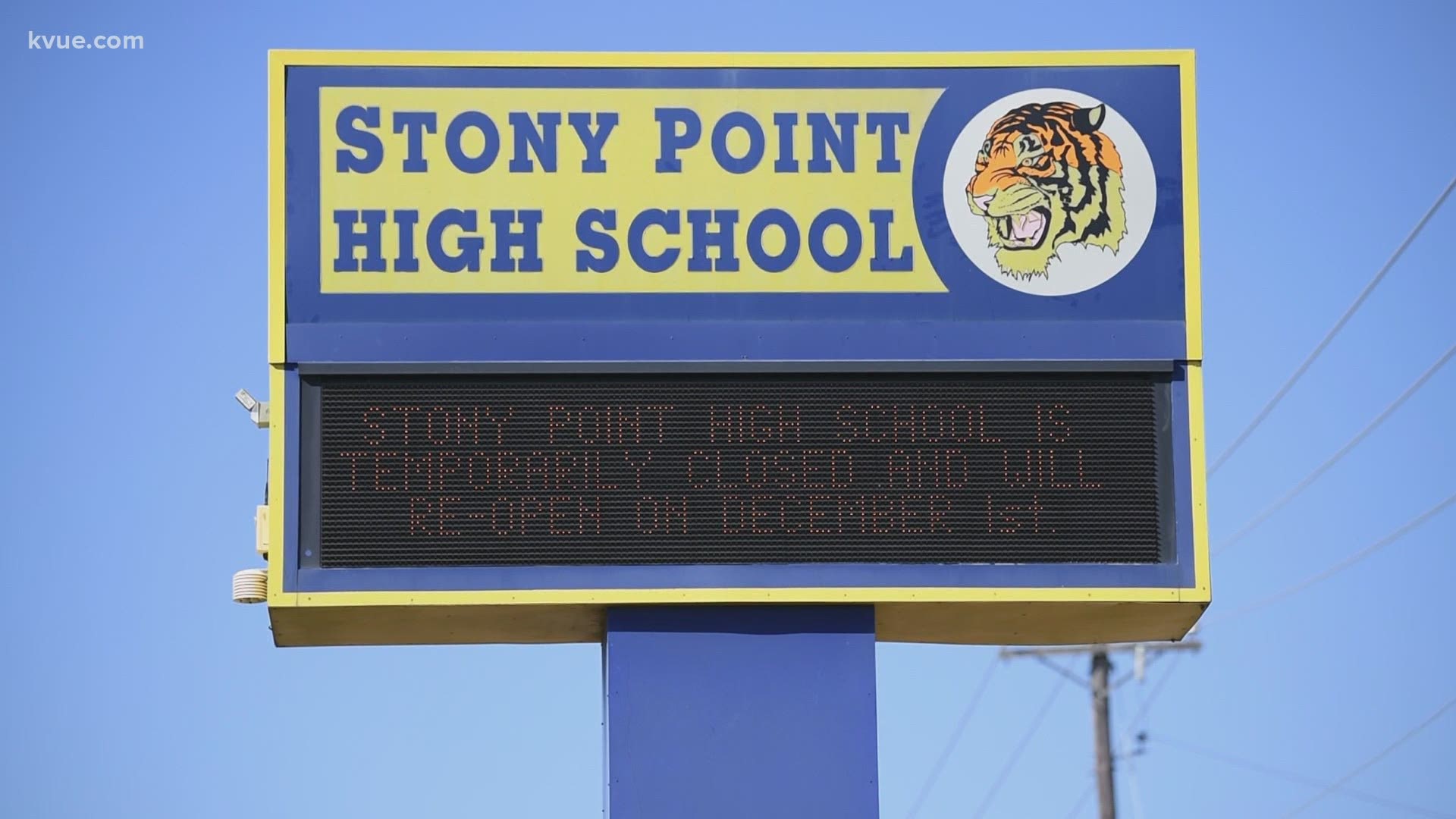 ROUND ROCK, Texas — Some parents with kids at Stony Point High School said they want more transparency after the school suddenly closed until Dec. 1. Folks with GermBlast made their way into the school on Wednesday and school officials said they were disinfecting the building as cases on campus climb.

The Round Rock ISD school closed on Monday and it's the first school in the district to do so since the district opened up to in-person learning in September. KVUE spoke with some parents who said they think the school should remain open if it's not serious.

"They gave us no justification for why they were shutting down. They just said there's an increase, and that's it. It's the same thing from everybody, like at least the large majority of our peer group, we definitely just want to see our kids back in school," said Mandy Kellerman, a Stony Point High School parent.

Nic and Mandy Kellerman said they pulled out their three youngest kids from RRISD. One of the kids was specifically pulled out because of the stress from RRISD's pandemic reopening plan.

Stony Point is closed for the rest of Nov. because of #COVID19 cases & close contacts. As of today, the school has 30 positive cases. @KVUE pic.twitter.com/U3GUsn52mH

When the Kellerman's found out the school was closed for the rest of November, they thought it was a rash decision because there wasn't much information as to why.

A spokesperson for the school district said, as of Wednesday, Stony Point has 30 positive cases. There's a different number on their COVID-19 dashboard because they update the number of cases on Fridays.

"During school closures, all areas of the campus will be deep cleaned and sanitized using hospital-grade disinfectants before the campus reopens for on-campus instruction," said RRISD in their letter reporting the Stony Point High School closures.

The spokesperson said it doesn't take a certain number of coronavirus cases to close a school. Local health agencies and RRISD discuss numbers of positive cases, close contacts, on-campus enrollment and staff numbers. Then comes the decision on whether or not the school closes.

The Kellerman's said they just hope they get more details from the district.

"I would like to see the district doing that, at least maybe some kind of effort to act like they care that this is having permanent psychological damage on our students," said Mandy Kellerman.

Extracurriculars are also postponed until Dec. 1. At first, parents thought the football season was canceled for the rest of the year, but according to the varsity football team's schedule, Stony Point's last game will be on Dec. 3.