The Texas Education Agency (TEA) said connectivity issues caused the disruptions on day one of the five-day testing period. 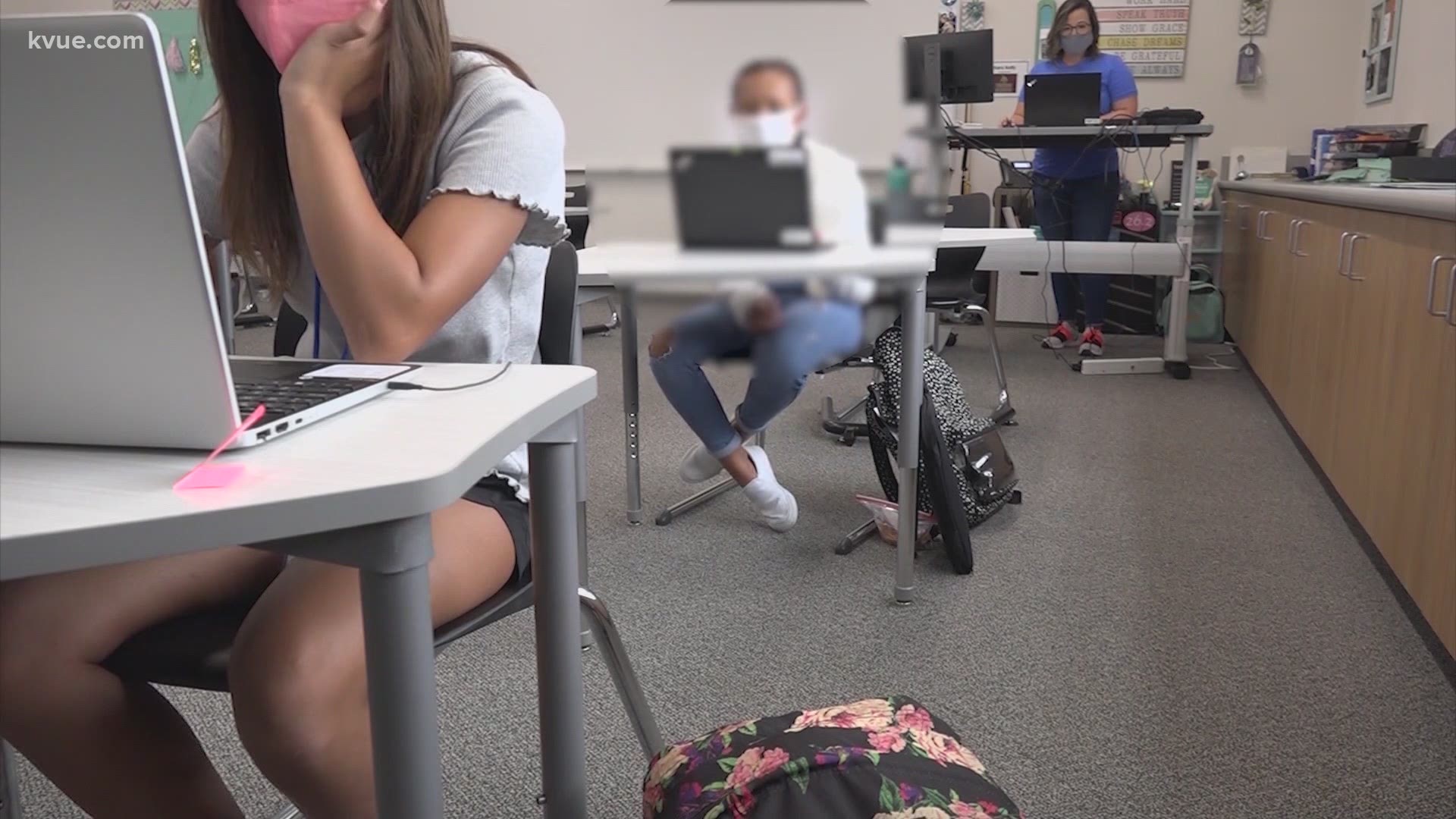 TEXAS, USA — Students in Texas on Wednesday are taking the STAAR test after statewide tech issues were reported on Tuesday, impacting thousands.

The Texas Education Agency (TEA) said connectivity issues caused the disruptions on day one of the five-day testing period.

This school year, the STAAR tests are being administered on paper, online or a combination of the two. The problems only affected students taking the online version of STAAR, officials said. The TEA said it doesn't allow students to switch testing methods once they have begun the test.

The TEA sent out the following email Tuesday acknowledging the tech issue:

“Earlier today, districts experienced connectivity issues with the STAAR Online Testing Platform (SOTP). We posted updates to the STAAR Assessment Management System dashboard every 10 minutes to keep districts apprised of the progress in resolving the issue.

“The three STAAR tests affected were Grade 4 writing, Grade 7 writing, and English I. This was the first of five days that students were eligible to take one of these three tests online.

“At 10:17 a.m. CDT today, districts were advised if they were having issues that they should stop online testing for the day while the vendor works to resolve these problems. Online testing will resume tomorrow.

“We are still analyzing data to determine the number of students affected. Students could have experienced four different scenarios with online testing today:

“We understand the frustration this has caused students, parents, teachers, and administrators. What happened today is completely unacceptable. ETS, the testing vendor, experienced problems with their database system, which are in the process of being corrected. The 2021 online administration of STAAR will be ETS’s last for the State of Texas. Beginning next school year, Cambium Assessment will be taking over these critical testing functions to ensure that users have a seamless online testing experience moving forward.

“All involved in public education in Texas should expect better than what they have experienced today; we are working to ensure that our students do not experience future testing issues.”

The technical issues caused some parents to become frustrated, including some from Central Texas who spoke with KVUE.

It was reported that thousands of students were affected by the tech issues.

Kendra Scott giving away $2,000 to moms for Mother's Day