The U.S. senator said he supports the reopening of school campuses across the Lone Star State. 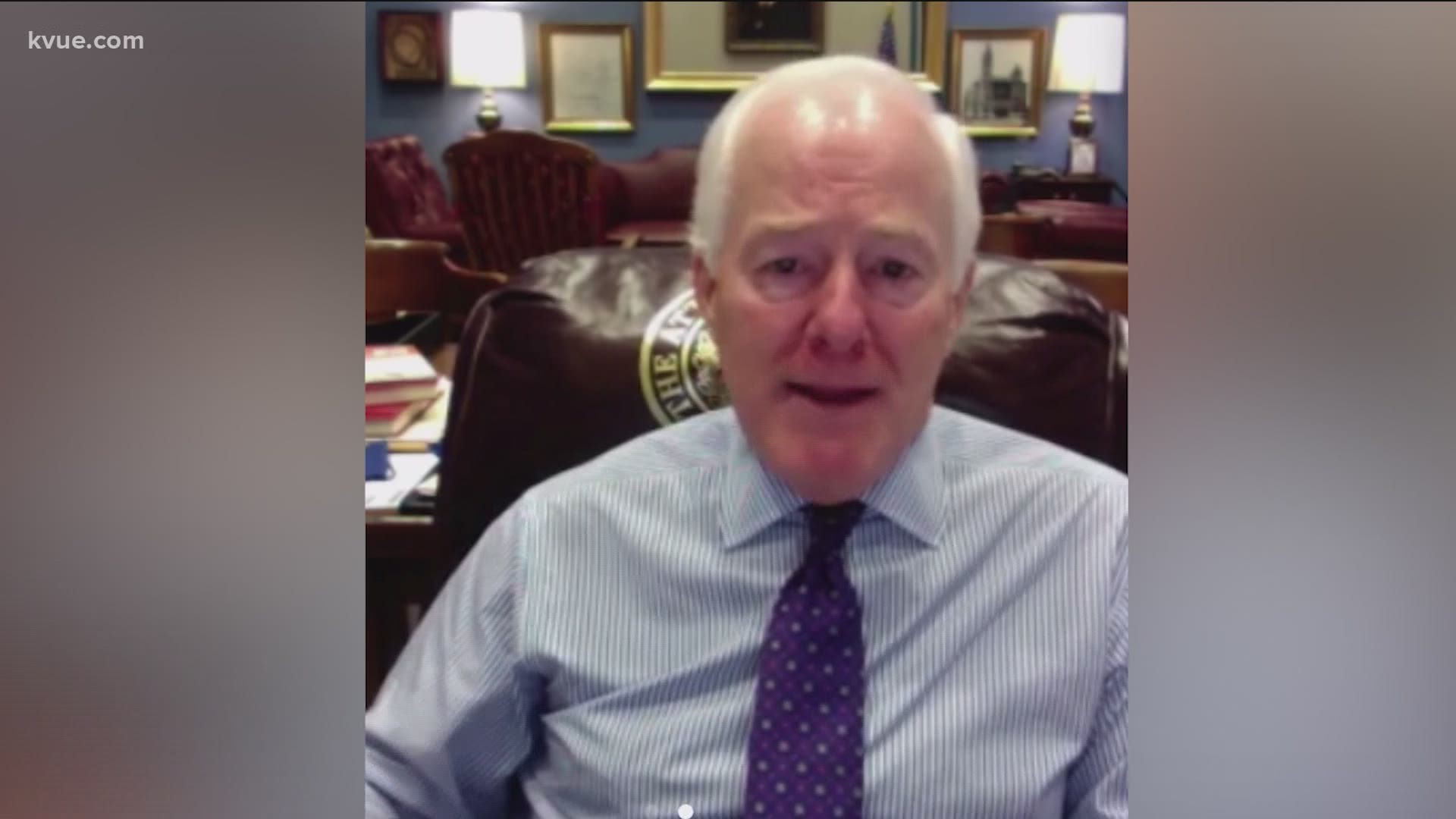 AUSTIN, Texas — In an interview with KVUE on Tuesday, U.S. Sen. John Cornyn (R-TX) said he supports the reopening of schools amid the coronavirus pandemic, but it's important to make sure students feel safe in classrooms.

"I think starting slowly with online learning, but then maybe transitioning for some students to come back on campus using the same sort of safeguards that we're all now using," Cornyn said. "Masks, hand washing, social distancing, plexiglass barriers like we've seen in some of the stores and things like that. Those are the sorts of things that let us adapt to this virus. It's not going to go away."

Cornyn added that the decision to resume in-person learning should be decided by local school districts and said he thinks starting out online and eventually transitioning to in-person learning is a good idea, especially because of how many children are having a difficult time learning from home.

"If you're a wealthy person, you can pay for private tutors, private instruction, you have all the internet connection and the hardware," Cornyn said. "But if you're a low-income student, maybe with a single parent at home who's trying to figure out how to be a parent, how to be a teacher and how to put food on the table, it's an extraordinary burden on low-income families."

In Washington D.C., Cornyn has been working in Congress on the next stimulus bill. He said the last one didn't work because of the extra 600 federal dollars weekly for unemployment. He said it paid people more money to stay home than to go to work.

"We should encourage people to safely reenter the workforce, and that's where we're focusing our efforts," Cornyn said.

The senator added that he hopes common ground can be met by lawmakers by the end of the week.

"Unfortunately, we've got stuck sort of with this political dysfunction that, usually, in an emergency, we all pull together like we did earlier and pass these bills unanimously. I hope by the end of the week we will resolve these differences and pass the legislation," Cornyn said.

Cornyn is also working across the aisle with Democrats on a measure that would help music venues struggling to stay open.