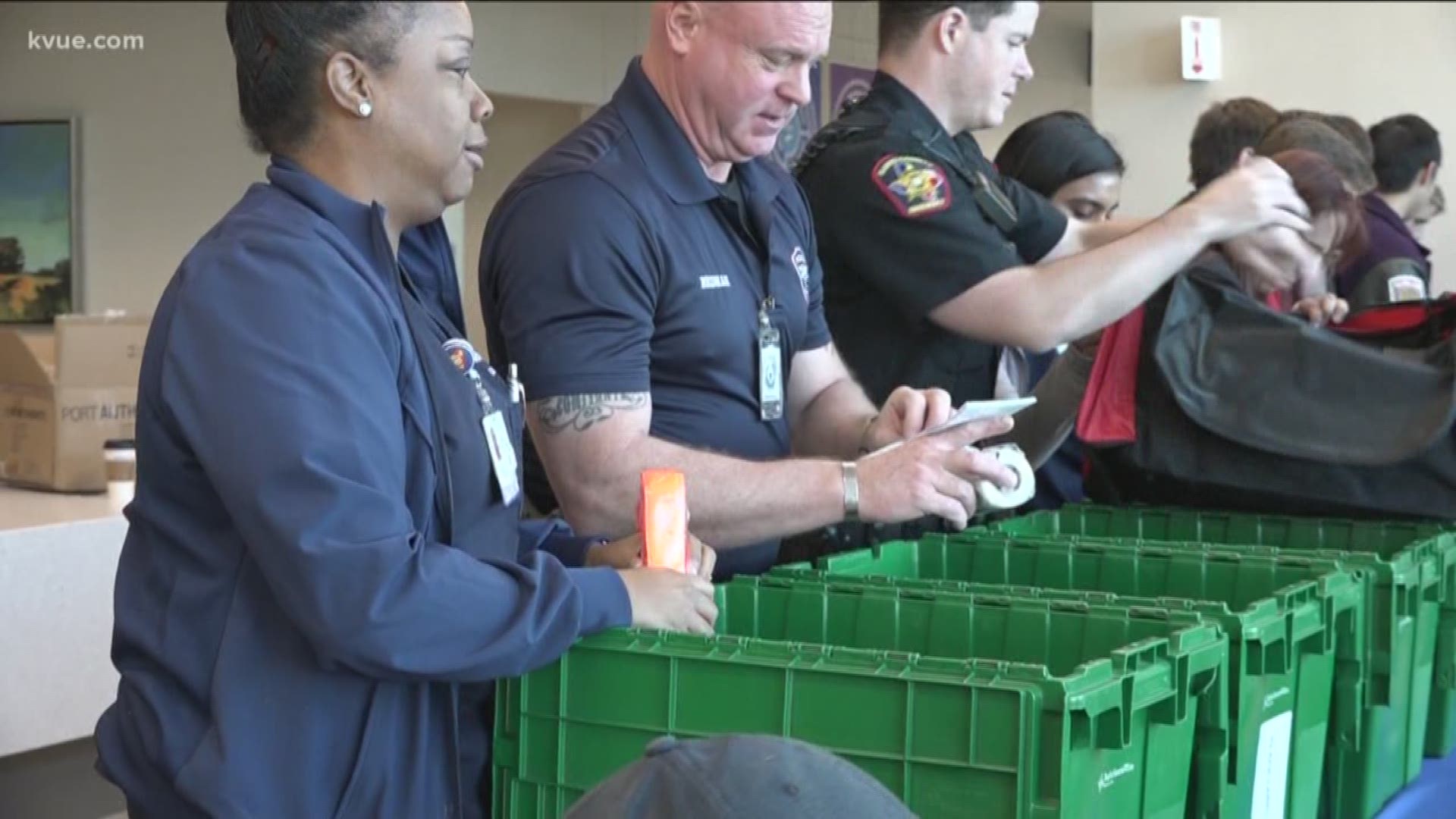 AUSTIN, Texas — After recent school shootings, some Central Texas schools are continuing to make changes. Starting this year, a school in San Marcos is putting Stop the Bleed kits in every classroom.

Before the weekend, students put together 60 kits that could help save lives. They include gauze, bandages and tourniquets and would be used in an emergency until medics can arrive. Baylor Scott & White donated the supplies.

Students and leaders at the school said they feel safe on campus but want to be prepared.

“We didn't have these before and now we have them so if something were to happen it's a lot safer now that we have like gauze, gloves and all the things like tourniquets that helps stop the bleeding so we can save lives,” said Mitchell Howard, San Marcos Academy high school student.

Stop the Bleed kits were first created after the deadly Sandy Hook Elementary School shooting in 2012. KVUE is told that all the teachers at San Marcos Academy have already gone through training on how to use the kits. And in a couple of weeks, the high school students will go through training as well.

“We want them to be prepared to take action if they need to save themselves, to save their teacher, to save fellow classmates and that way if – heaven forbid – an actual occurrence happens, they’re prepared and they’re not going to panic,” said Amy Bawcom, vice president for development at San Marcos Academy.

School shootings are a growing concern for many. According to CNN, there have been nearly 180 school shootings in our country in the past decade. The last major school shooting in Texas was at Santa Fe High School in 2018. Eight students and two teachers lost their lives in that incident.