The kits have materials needed to respond to trauma in the classrooms or on campus. 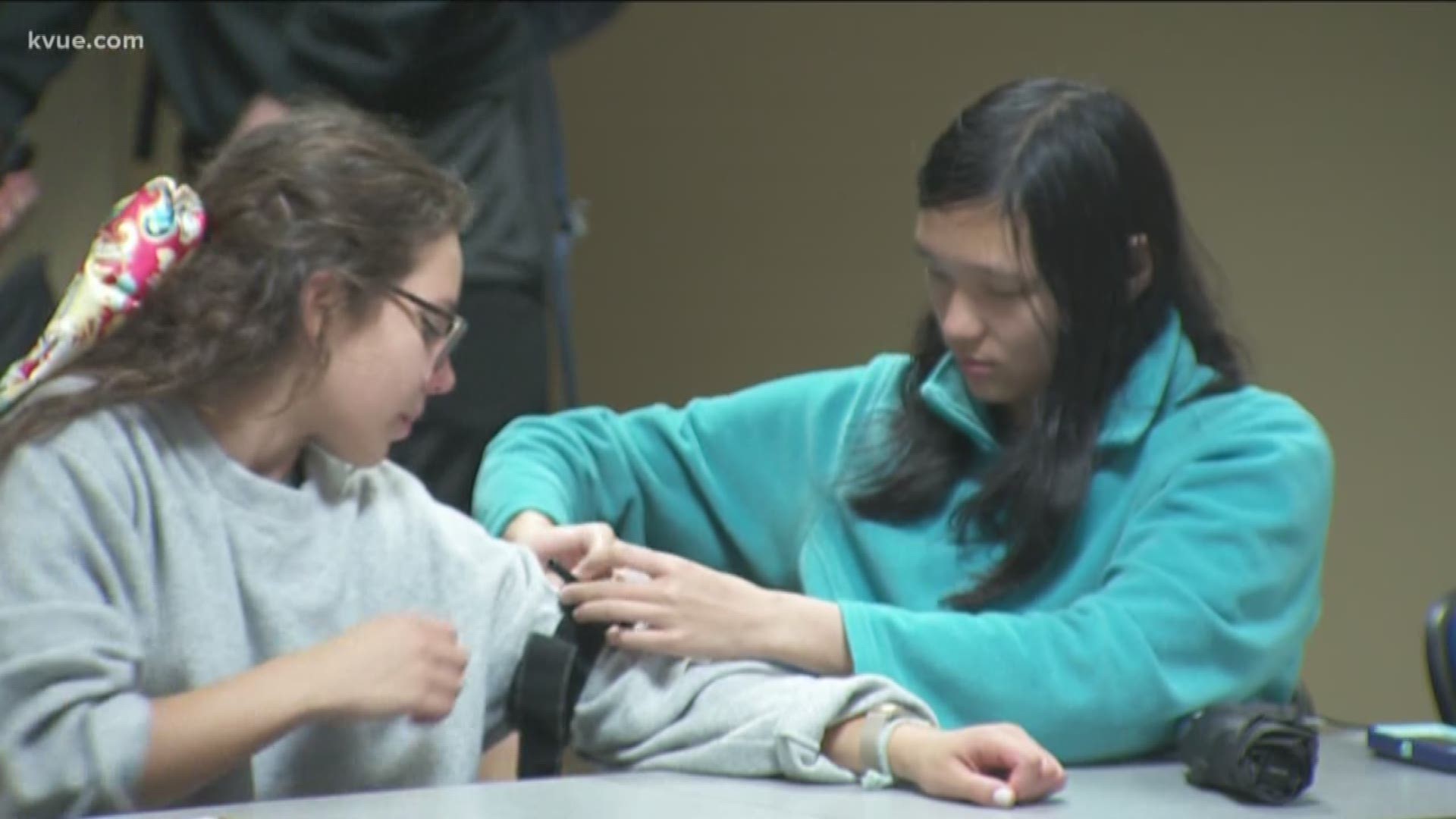 ROUND ROCK, Texas — More steps are being taken to keep local students safe in case there's ever a shooting or emergency at school.

On Friday, the Round Rock Independent School District received more than 5,000 "Stop the Bleed" kits for their classrooms.

According to RRISD, the kits contain materials needed to respond to trauma in the classroom or on campus.

"Many of our staff members have also participated in the stop the bleed training, and, going above and beyond, Round Rock ISD will begin an initiative for all teachers to take this training as well," Round Rock ISD said.

The Stop the Bleed organization said its goal is to do the following:

"While more than 1 million people have now been trained to Stop the Bleed, that’s just a start. Our goal is to train 200 million. Why? Because the purpose of the Stop the Bleed campaign is to make our nation more resilient by better preparing the public to save lives if people nearby are severely bleeding. This preparation is being done by raising awareness and teaching people how to learn three quick actions to control serious bleeding."

The bills are aimed at improving school safety and providing better access to mental health resources for students. They include Senate Bill 11, House Bill 18 and House Bill 1387.