While the board could not vote or discuss censuring the trustees, a heated debate ensued during public comments. The district's mask mandate was also discussed. 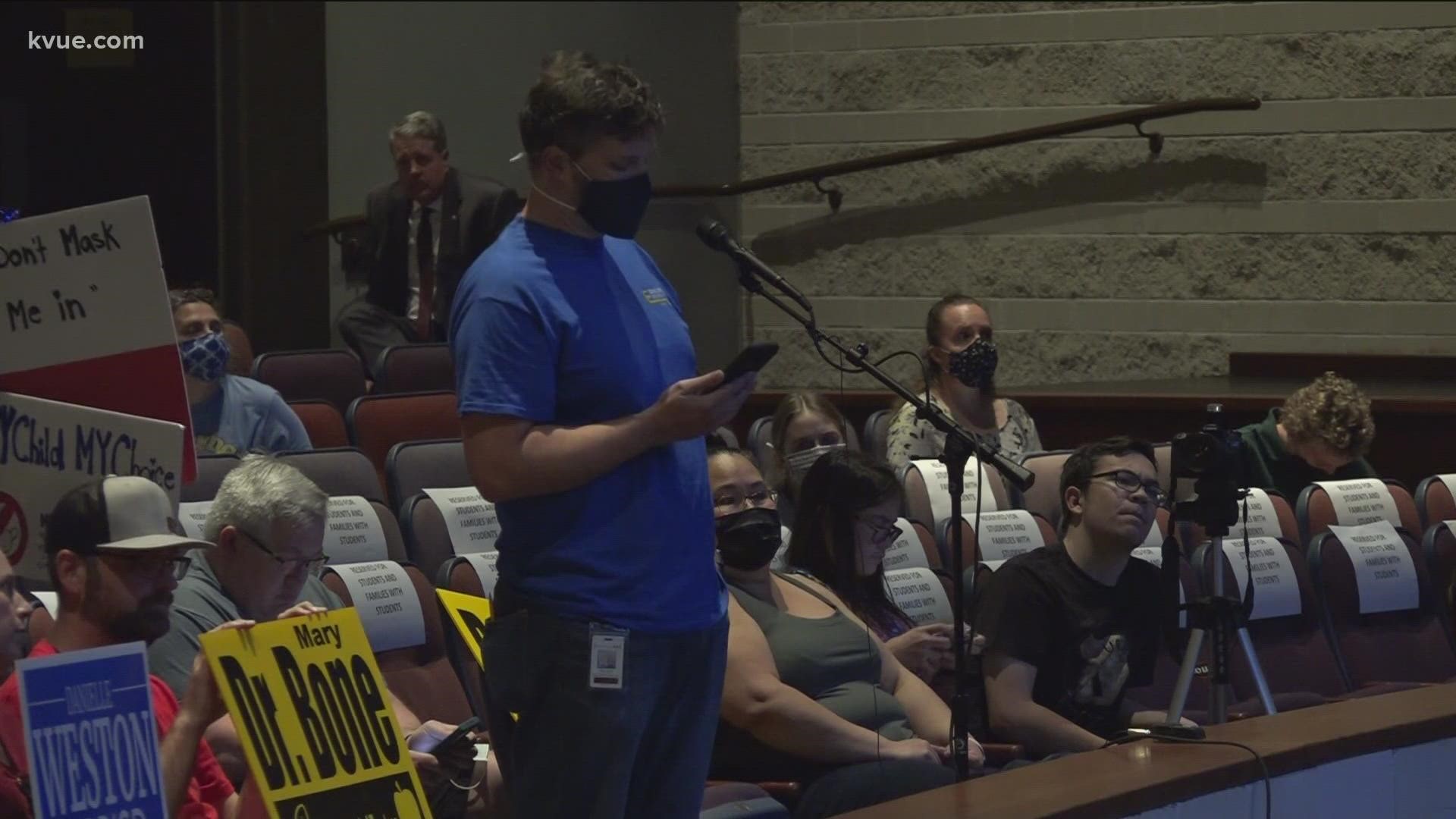 ROUND ROCK, Texas — A Williamson County judge on Wednesday granted a restraining order against Round Rock ISD, blocking its board from voting on censuring two trustees on the heels of controversial meetings in weeks past.

The two trustees in question were Mary Bone and Danielle Weston, whose actions the district claims led to a disruption of the Sept. 14 board meeting.

The resolutions presented at the board meeting said Bone and Weston “repeatedly insisted on calling for a vote on spacing rules for the Sept. 14, 2021, board meeting even though this matter was not on the agenda.”

On Tuesday, Sept. 14, Round Rock ISD board members were set to discuss extending the district's mask rules. But attendance inside the meeting was capped. Board members said they were trying to maintain social distancing, but members of the public say they were unfairly kept out of a public meeting.

The meeting ended early after disruptions and two men were arrested following that Sept. 14 meeting.

What does 'to censure' mean?

The resolutions state “to censure” means to reprimand a trustee and make clear to the public the board doesn’t support their actions. Because the censure was not voted on during Wednesday night's meeting, the following actions were avoided:

On Wednesday night, Bone and Weston issued a statement, saying they were thankful for the court's temporary restraining order.

"Per the Court's order, we will spend the next two weeks gathering evidence in the discovery process," the statement said. "We will then have an opportunity to present more facts and information to the court for a decision. We are hopeful that with the Court's ruling that we may be able to resolve our differences with the other board members and get back to spending important time, energy and resources on meeting the needs of students."

You can watch the Sept. 22 Round Rock ISD Board meeting here:

In addition to the censure vote, the board discussed its mask mandate again after pushing it back from the Sept. 14 meeting.

Hundreds of people spoke on the topic. Of the students who spoke, most were on the side of having a mask mandate in place. Of the parents, the majority of the speakers, about half supported a mandate, half did not at Wednesday's meeting.

Even with the discussion and heated debate regarding both the masking policy and censuring Bone and Weston, a few speakers called for the Board of Trustees to find some sort of middle ground between the two opposing viewpoints.

Ultimately, the board voted to keep the mask mandate in place and approved a measure on how it will require masks. The measure ties mask requirements to both Williamson County and Austin Public Health's COVID-19 risk-based stages. 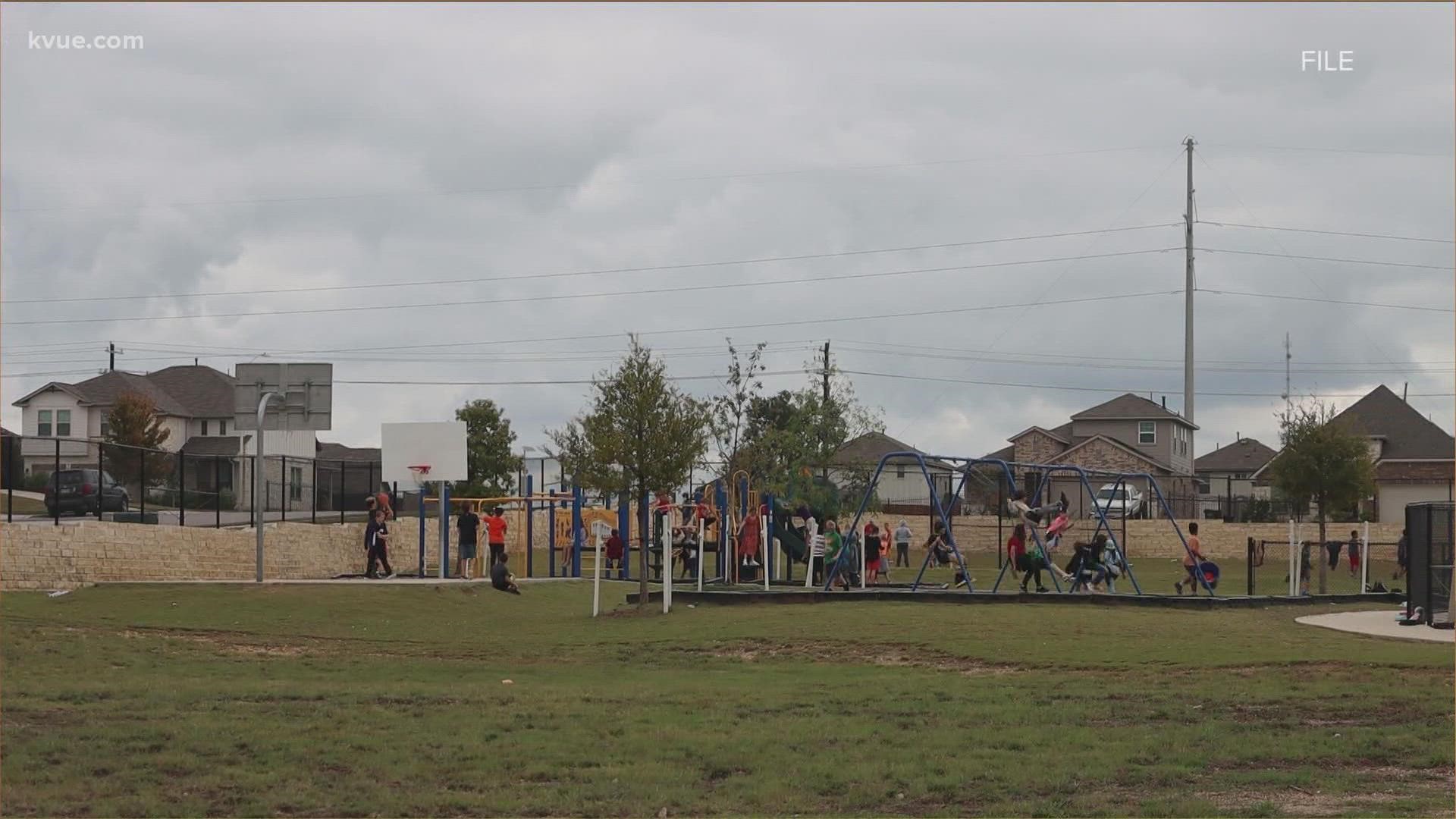