The book, "Stamped: Racism, Antiracism and You," is currently on the RRISD middle school reading list. But the Board of Trustees could vote to remove it this week. 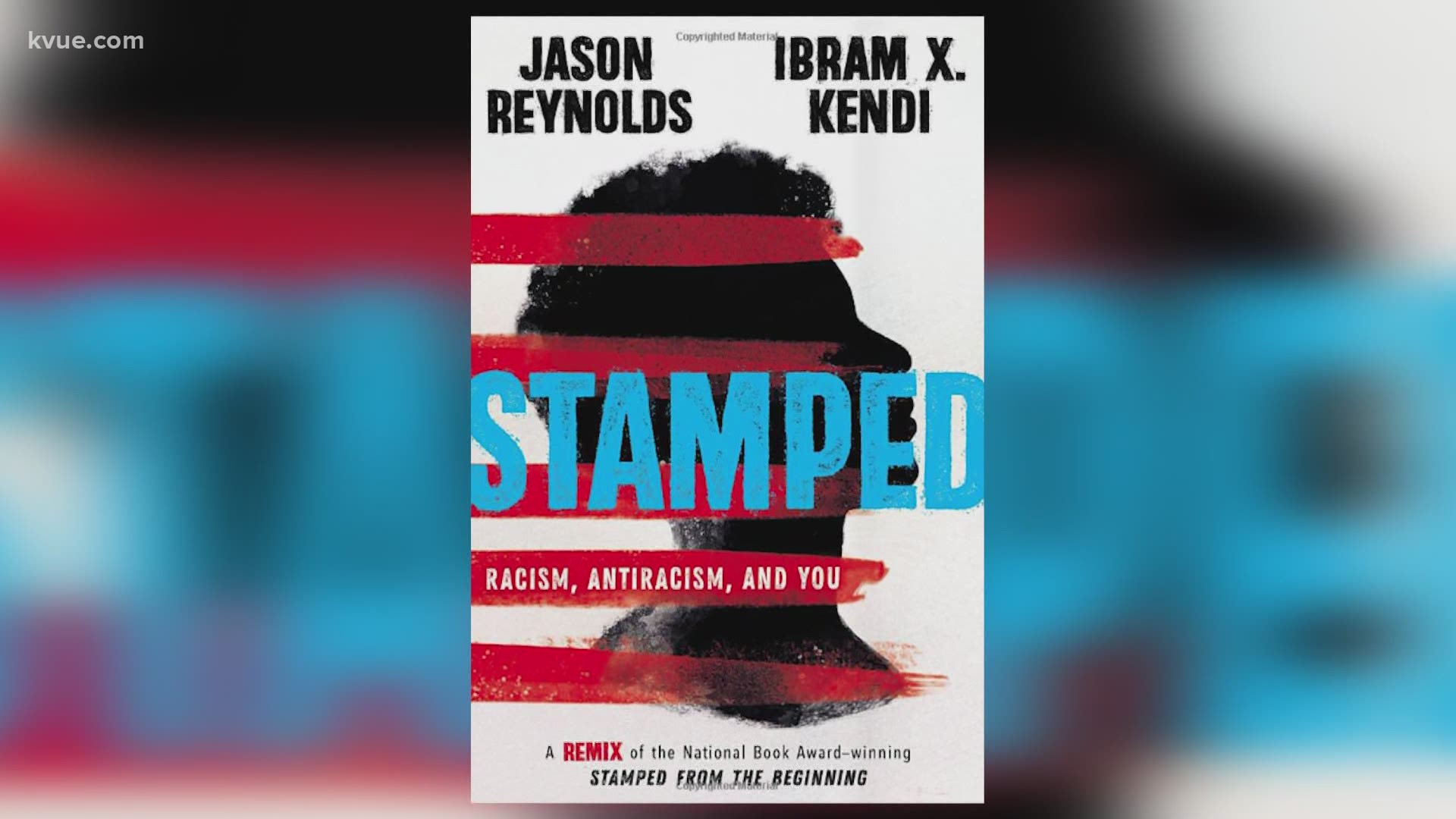 ROUND ROCK, Texas — A book about racism is causing controversy in some Round Rock ISD schools. There is a petition circulating social media with more than 1,500 signatures to keep "Stamped: Racism, Antiracism, and You" on the middle school reading list after a parent's complaint could get the book banned.

"There is inequality. So, how do we fix that?" said Round Rock ISD parent Catenya McHenry. "I think it's crucial that children not only learn the basics that they learn in school but learn about society, as well. And racism permeates our society."

McHenry is one of the people who signed the petition to stop the potential banning of the book. She believes students should learn more than just math and science in school and said the book does just that.

Currently, it's an option for teachers to have middle school students read "Stamped." But one critic complained it has "inappropriate instructional material."

"It is not OK to not have the conversation about what is making us uncomfortable. I think that's how we learn and how we grow and if we don't allow our children that opportunity, then we are hurting them in a way," McHenry said. "It is important to have those discussions with them and have conversations about how to be better and how to treat people better and learn about the history so that we can make better decisions in the future."

In a regularly scheduled board meeting Thursday, the RRISD Board of Trustees will discuss the complaint in a closed session.

"Some people don't enjoy the uncomfortable conversations," said Ashley Walker, another RRISD parent who signed the petition. "If kids learn now our history, then they'll be able to change our future instead of continuously repeating the past over and over."

RRISD responded to the complaint with a statement:

"Round Rock ISD has a clearly defined process for those who wish to challenge approved instructional materials. Also, parents may request an optional assignment for their student if they object to an assigned material. In this case, the challenge was heard at Level 1, the campus level, and Level 2, the District level. In both cases a committee of educators and community members agreed unanimously that the book was appropriate for inclusion on the approved reading list. The final option for anyone wishing to challenge instructional materials is for the complaint to be heard by the Board of Trustees. This matter will come before the Board on Thursday. Board members will consider the findings of both the campus-level and District-level committees as they hear the challenge."

Former RRISD teacher Aidan Larson created the petition bringing attention to the controversy. She said she taught her students with "Stamped" back in 2020.

"The book has passed through a rigorous selection process to be on the approved reading list in the first place," Larson continued. "I thought it would be good for everyone to know that was happening. This wasn't like it was just plopped on a list and then we just decided to teach it. It is there for a reason. It is there because it's instructional."

Larson said she feels uneasy that the board's discussion about the book will happen behind closed doors, but she's hoping the board members realize the importance of the book's lessons.

"It has gone through over a dozen professional educators to remain on the list," Larson said. "There aren't a lot of books written about history from this viewpoint."

'Our state is brimming with promise' | Gov. Greg Abbott gives State of the State address