The school board will discuss their options on Monday evening. 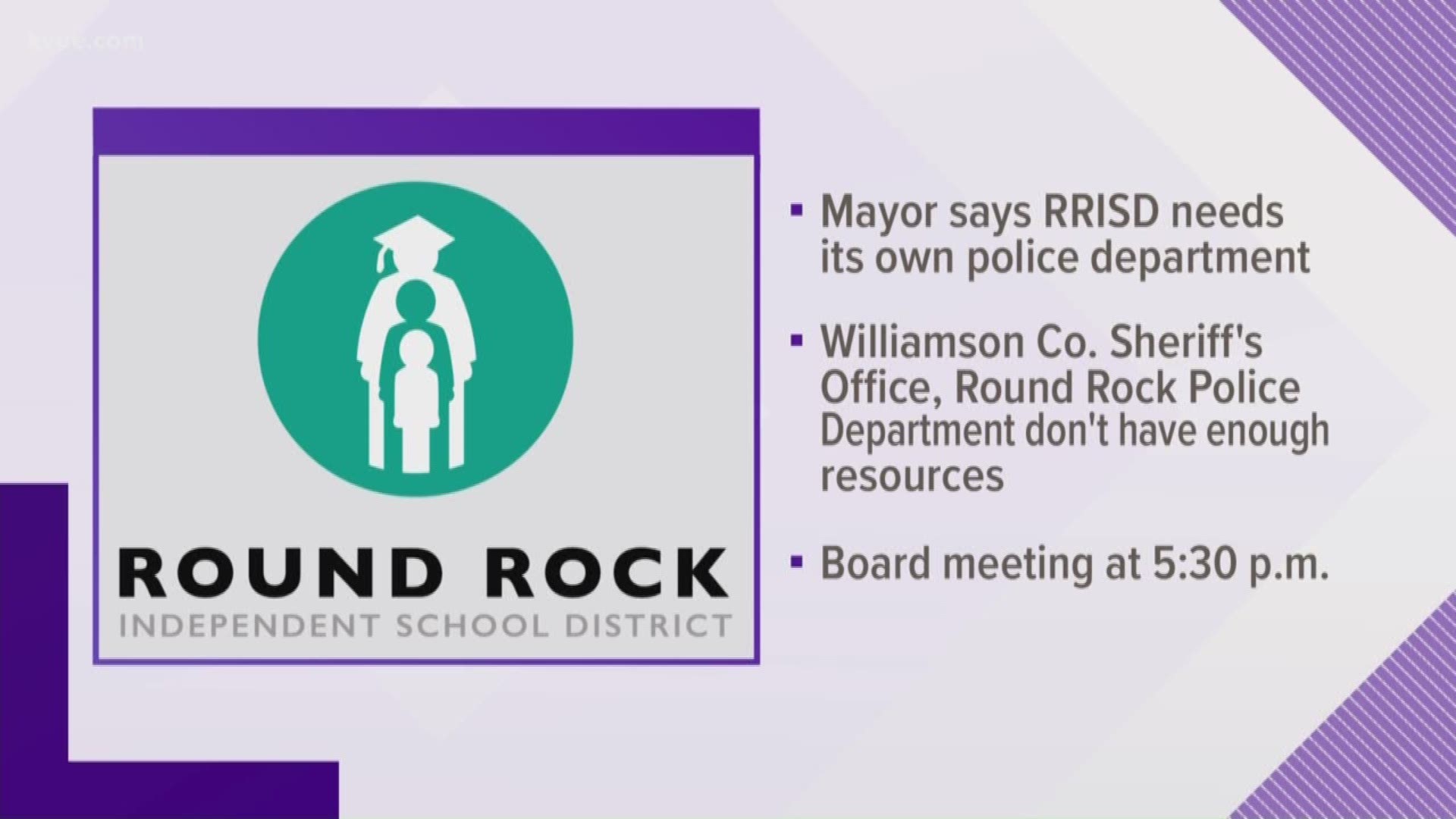 ROUND ROCK, Texas — On Monday night, the Round Rock ISD school board considered creating the district's own police force, or they could continue partnering with the Williamson County Sheriff's Office.

The city's mayor said that because the district has seen so much growth, it would make sense for it to have its own police department.

Both the sheriff's office and the Round Rock Police Department say they don't have the resources to keep putting officers at schools.

School board members discussed their options Monday evening. A task force studying the issue is also diving into possible pros and cons of adding a police force.

With this discussion, some of the parents have expressed their fear that a bigger police presence will incite more trouble for students.

Just last week a student made a threat at Pearson Ranch Middle School. Many parents at the meeting said they were upset there wasn't an officer there.

"All we're here to care about is our children and what's happening tomorrow and if someone comes out and goes to Pearson Ranch or one of the other five middle schools that don't have [a student rescource officer], you're responsible for their deaths," said one parent.

Though the board did not take a vote Monday night, parents were passionate at the meeting and one had to be escorted out. The next meeting is scheduled for Sept. 26.