For Travis County, research shows that if 500 students and staff show up to school, three of them are likely to already have COVID-19. 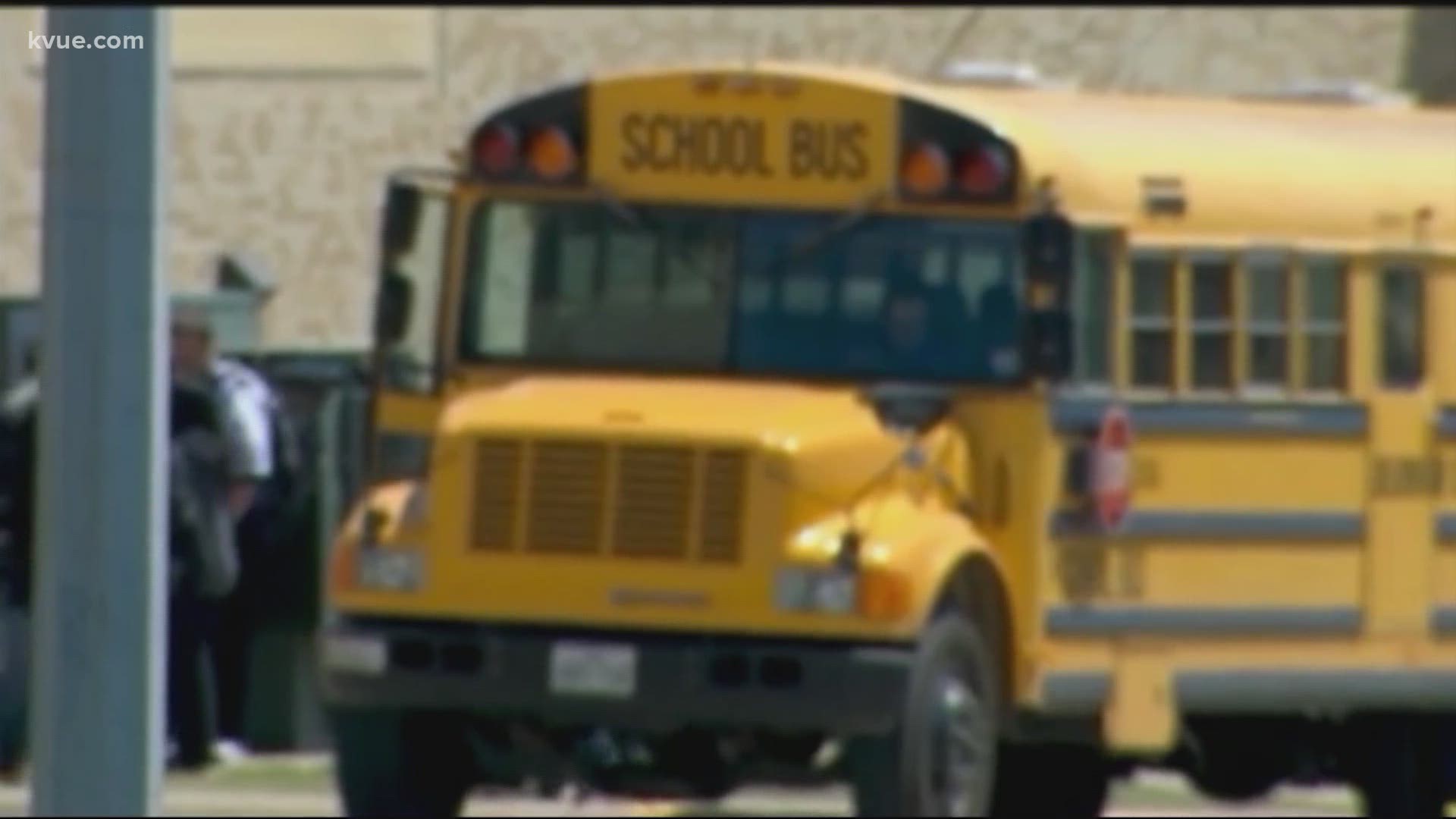 AUSTIN, Texas — Researchers with the University of Texas at Austin are looking into how many students could show up to schools in the first week already infected with the coronavirus.

Steven Fox is part of a UT research team that used cases per person data to make a model of how many infectious students would show up at schools in week one. However, the model's numbers do not include students spreading the virus to each other or teachers.

RELATED: Austin ISD board to vote on pushing first day of school back to Sept. 8

The New York Times turned that information into a map.

For Travis County, if 500 students and staff show up to school, three of them are likely to already have COVID-19. The same goes for Hays County.

If 500 students and staff were to show up to school in Williamson County, two would likely already have the virus. In Caldwell County, that number jumps to 10. And in Bastrop County, six people would be expected to arrive infected.

“We generally expect cases to show up in schools as they reopen and that shouldn’t surprise anyone,” Fox told KVUE's sister station, WFAA. “Our analysis was trying to provide a metric for schools to look at to think about how safe it would be to reopen.”

Many schools in Central Texas are currently set to start instruction in a couple of weeks, however, when students may physically return to campus differs for each school district. KVUE is updating a list of plans for each Central Texas district.

In other parts of Texas, in-person instruction is starting earlier than many school districts in the Austin area. For example, in Johnson County near Dallas, Godley Independent School District will return to school Aug. 11.

An Indiana school had to isolate students the same day it opened after a student tested positive.